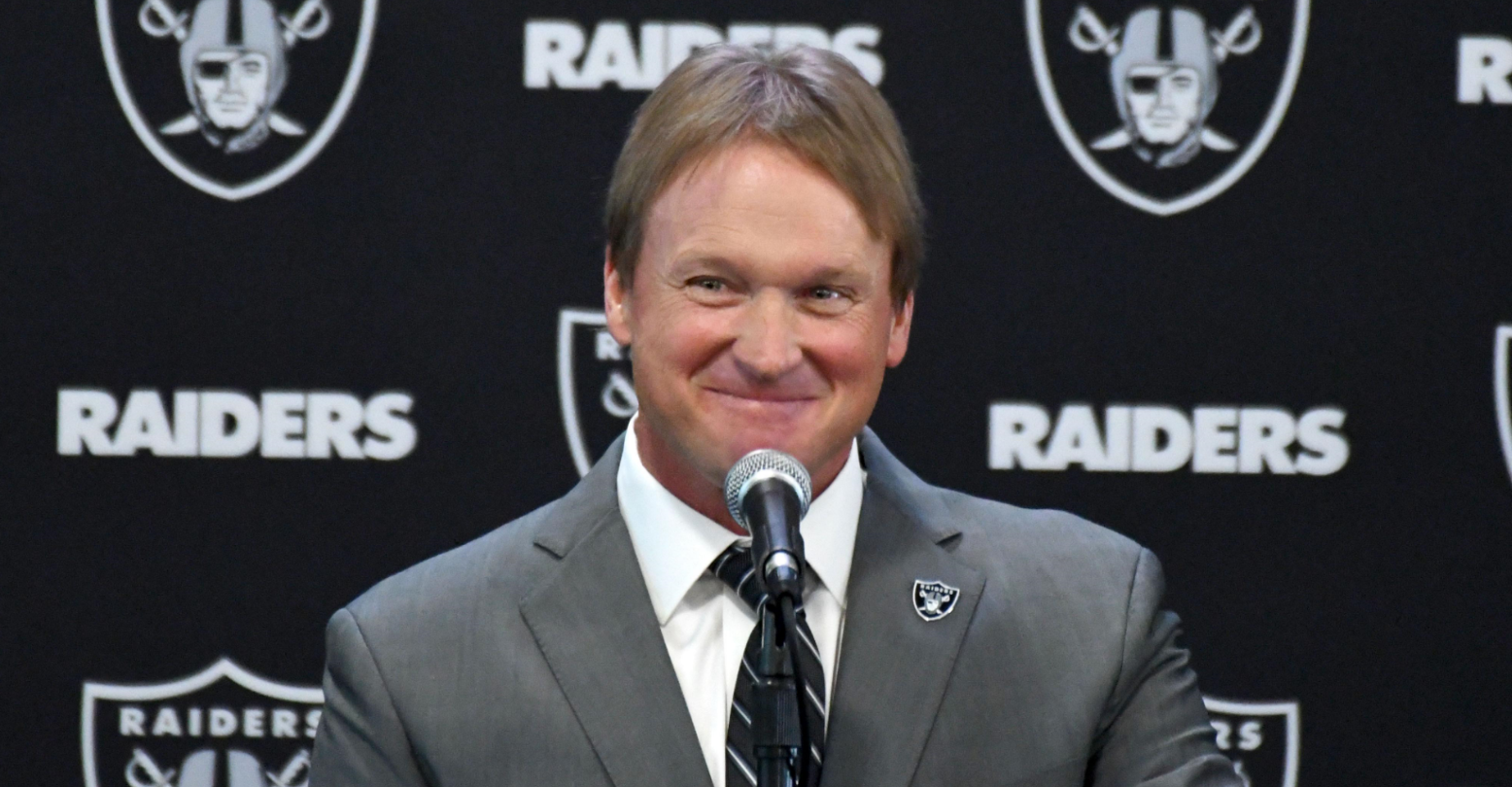 The divisional round of the NFL Playoffs will take place this weekend, and California seems to have collectively decided that they want no part in it. It’ll be the fourth straight year that the state won’t have a representative in a conference championship game. The Chargers, Rams, Raiders, and 49ers will be watching from home, as a big offseason awaits.

The 9-7 Chargers missed the playoffs after some tiebreakers didn’t fall their way. Had it not been for shoddy kicking, they very well could still be playing right now. It was a gutting way to end the season for a team that was clicking on all cylinders over the last two months. Fortunately, they’ll likely be bringing back most of their team next season, and will have the 17th overall pick in the draft to give them a boost.

The Chargers didn’t wait long to make their first move of the offseason by signing former second-round kicker Robert Aguayo. It’s the fourth team in six months for Aguayo, as the Bolts hope he can finally get it going in southern California.

About ten miles up the freeway, the Rams are still thinking about what could have been. Had it not been for a couple of fumbles from an All-Pro returner, we might be previewing their upcoming match-up with the Minnesota Vikings instead of talking about their offseason.

The first news to come out of Rams camp is that the team will likely be using the franchise tag on Sammy Watkins. It comes as a mild surprise seeing that the former fourth overall pick’s role wasn’t nearly as big as originally anticipated.

Watkins was fourth on the team in targets in the regular season, despite hauling in the most touchdowns (8). He was mostly a spectator in the Rams’ loss to the Falcons last week, catching just one pass on four total targets in a game that Jared Goff threw the ball 45 times.

Last year’s tag costed just above $15 million for receivers, and it’ll likely be right around that number again for 2018. It’s a big price to pay, but the Rams feel that Watkins helps balance the offensive attack. It’s a valiant move by the front office – showing that they are steadfast in their approach towards building upon their historic offensive season.

An even more pertinent issue for the Rams’ front office is the contract talks with stud defensive tackle Aaron Donald. Donald, the likely Defensive Player of the Year, is in line for a huge payday after a dominant season. Continuously complicating his situation has been Donald’s positional classification as an interior lineman. Only in recent years have teams begun to covet defensive tackles on the same level of edge rushers. We saw the contracts given out to Ndamukong Suh, Malik Jackson and Snacks Harrison in recent years, and Donald will command more than all of them.

General Manager Les Snead and his crew will juggle the idea of paying Donald what he deserves while retaining an adequate amount of funds to patch up other holes on the roster. Interestingly enough, the Rams might be waiting for another California team to ink their star defender to a deal of his own.

The Oakland Raiders and 2016 Defensive Player of the Year Khalil Mack have yet to agree to a contract extension. The team inked quarterback Derek Carr and guard Gabe Jackson to mega-deals last season, and adamantly declared they would be waiting until 2018 to figure out Mack’s contract.

Mack’s situation is unique in that he essentially plays two positions – defensive end and outside linebacker. He was an All-Pro at both spots in 2016. It certainly will help leverage a few more bucks out of Mark Davis’ pockets. On the other side of the coin, Mack’s absence from the 2017 All-Pro team might grant some leverage back in the front office’s direction.

Both stars have earned the right to be the top-two highest paid defenders. Their eventual signings are only a matter of time.

Regardless of when the Mack deal gets done, Oakland has some serious holes that need to be filled on both sides of the ball. They inked Jon Gruden to an unprecedented contract, and have brought in a new staff that hopes to inject some life in a team that just slogged through a 6-10 season.

They’ll be able to add a top talent through the NFL Draft. Reggie McKenzie will look to recreate the magic of the 2014 Draft that yielded Mack, Carr and Jackson. An instant impact player like Georgia linebacker Roquan Smith, Florida State safety Derwin James, or even Penn State running back Saquon Barkley would be a foremost acquisition.

One or more of those will likely be gone by the time the Raiders are on the clock – but they could end up playing in the Bay Area either way. A coin flip will determine whether the 49ers or the Raiders will be selecting ninth overall (loser gets tenth). The 49ers are potentially in the market for a running back the caliber of Barkley’s. A receiver could also be in play, as they hope to grab some playmakers for their new quarterback Jimmy Garoppolo.

A long-term deal looks to be on the horizon for Jimmy G. San Francisco has seen what playing under the franchise tag can do to a quarterback’s psyche. It would behoove both sides to come to an agreement as quickly as possible. The ex-Patriot led the 49ers to five-straight wins to close out the regular season. Although he helped sabotage their draft position, Garoppolo’s excellent play has 49ers fans giddy for the start of the next season. San Francisco’s front office will work vigorously to improve the talent level of the roster. Despite lacking in the skill position department, the 49ers are quite strong upfront on both sides of the ball. They employ one of the best tackle combos in the league with Joe Staley and Trent Brown, and their defensive front is young and athletic.

Aside from their first round pick, John Lynch will have an additional second, third, fourth, fifth and seventh round pick along with the team’s original picks to help bolster the team. In total, San Francisco is slated to be on the clock 12 times in April’s draft. They’ll already be a trendy pick to improve next year, but a few shrewd moves here and there and the 49ers could become a legit contender sooner rather than later.

The teams that inhabit the Golden State have a fair share of questions that will eventually get answered in the coming months. 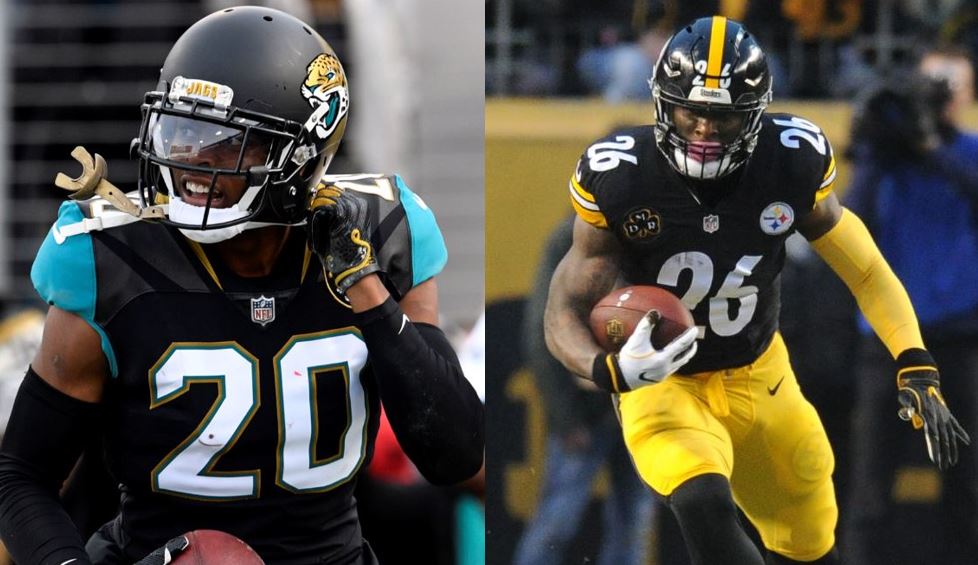 Predictions For All 4 NFL Divisional Round Playoff Games