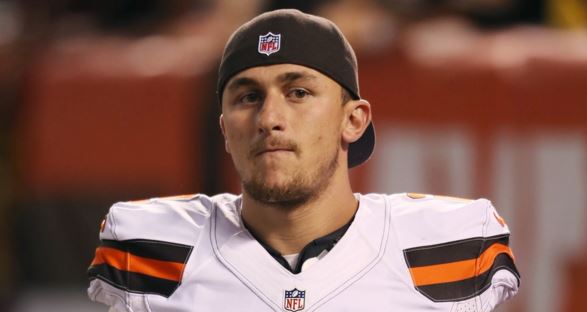 With the Cleveland Browns completely revamping their staff this offseason, one might think Johnny Manziel would be on his best behavior after all he has been through. But, as shown through his NFL tenure, trouble seemingly follows Manziel everywhere he goes.

Early Saturday morning, police in Fort Worth, Texas were called to investigate assault allegations against the Browns quarterback. According to police reports, they received a call at around 2 a.m. and spoke with a 23-year old woman who had gotten into an incident with her ex-boyfriend in Dallas.

Police officers determined that a possible assault had occurred, and are now working with Dallas authorities to figure out if any criminal offense took place. Since they failed to locate a crime scene, Manziel was not arrested. However, because the woman was concerned about his well-being, police allegedly used their Air One Unit helicopter to find Manziel and ensure that he was safe.

This latest episode marks the second time that ‘Johnny Football’ has been questioned by police for incidents involving his now ex-girlfriend. Back in October, several witnesses claimed to have seen the two arguing in a vehicle on the westside of Cleveland. It even escalated to the point that she tried to leave the car as it exited off a highway, but ultimately no charges were filed.

With Manziel’s extensive history, it puts even more pressure on the Browns to move on from their troubled quarterback. Regardless of whether or not he’s innocent, the whole world is tired of hearing about how Johnny screwed up time and time again.

It has been a constant circus in Cleveland since he was drafted, and this could prove to be the final straw for the team’s management. Manziel can be an immense talent when motivated, but if his off-field issues continue to linger, his NFL career will be in serious jeopardy.