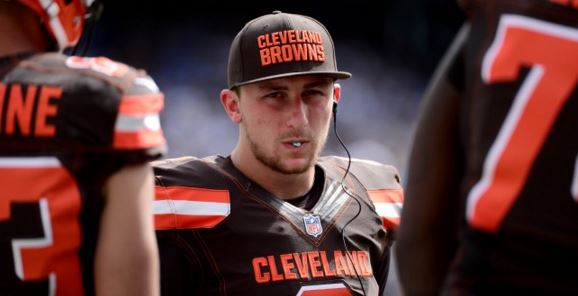 The Cleveland Browns have not had a pleasant offseason with quarterback Johnny Manziel occupying most of the headlines. But if there has been one bright spot for the beleaguered franchise, it has been the signing of head coach Hue Jackson.

The former Cincinnati Bengals offensive coordinator hopes to bring a major culture change to an organization that desperately needs it. The Browns haven’t had a winning season since 2007 and have failed to make the playoffs each of the last 13 years.

Many of their struggles can be attributed to poor draft selections, as the Browns have swung and missed on countless prospects. Jackson and the front office will look to reverse that trend this year, and haven’t been shy about who they will be targeting.

While Jackson didn’t confirm the Browns’ expected plan to cut Manziel in March, Cleveland’s new head coach told reporters “We will come out of this draft with a quarterback. I can guarantee you that.”

Jackson also wouldn’t specify whether they plan to draft a signal caller with the No. 2 overall selection or wait until a later round, but it confirms that the Browns are ready to move on from the Manziel era. When asked about Manziel’s current situation, Jackson simply said, “That behavior will not be tolerated as we move forward. Our organization is going to take a stand.”

That stand could come in the form of quarterback Carson Wentz – a prospect from North Dakota State who many expect the Browns to select with the second pick in the draft. The combine and pro-days will also have a huge impact on the direction the Browns decide to go in, but Jackson made one thing clear – whichever direction Cleveland goes will not involve Johnny Manziel.