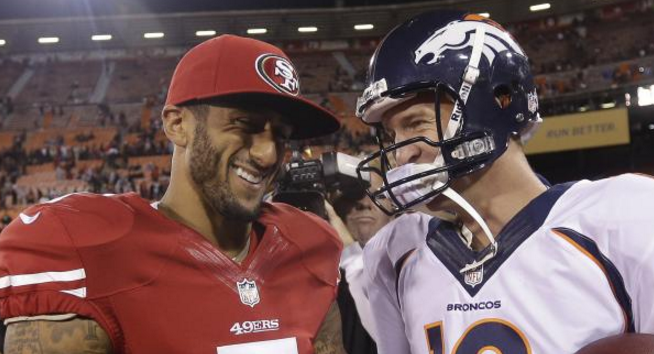 The Denver Broncos have seemingly found the heir to Peyton Manning, and it’s not Mark Sanchez. The team has a deal in place to trade for San Francisco 49ers quarterback Colin Kaepernick.

The trade is close to completion, but it’s contingent on one difficult issue — Kaepernick has to agree to restructure his contract. San Francisco is reportedly willing to take a mid-round pick from Denver, but the Broncos aren’t willing to pay Kaepernick’s current base salary of $11.9 million.

Kaepernick’s steep price and recent downfall have the Broncos demanding the former Nevada star take less money. The 28-year old had a disastrous 2015 season, throwing for 1,615 yards, 6 touchdowns and 5 interceptions before being replaced by Blaine Gabbert.

Despite his struggles though, Denver could prove to be the ideal place for Kaepernick to regain his form. The dual-threat quarterback thrived when supported by a dominant defense in San Francisco, which is something Denver can offer as well. Their defense ranked first overall last season, and was the biggest reason the team will enter 2016 as the defending champs.

Kaepernick will also have more talent on offense than he was ever provided with the 49ers. Receivers Demaryius Thomas and Emmanuel Sanders form one of the most potent pass-catching duos in the league, and running back C.J. Anderson is a powerful runner who is also dangerous in the passing game.

With the loss of Peyton Manning and Brock Osweiler, Denver would love to add a player like Kaepernick. The deal isn’t official yet, but with the 49ers and Broncos both eager to get the trade completed, it shouldn’t be long before Kaepernick realizes that Denver offers him the best chance of rejuvenating his career.

If Kaepernick proves willing to restructure his deal, the Broncos quickly become serious threats to win back-to-back Lombardi Trophies for the first time since the New England Patriots did it in 2004-2005.