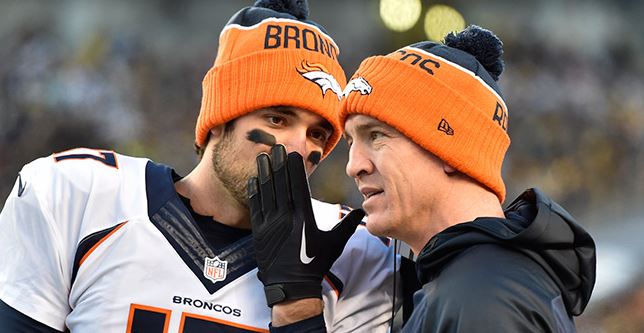 Brock Osweiler will not be the heir to Peyton Manning’s throne in Denver like so many anticipated. The signal caller from Arizona State spent the first four years of his career learning under the tutelage of Manning, but has agreed to a four-year, $72 million contract to join the Houston Texans.

Osweiler joins Manning, Malik Jackson and Danny Trevathan as members of Denver’s Super Bowl 50 squad that won’t be donning a Broncos uniform when the 2016 season kicks off. Manning officially retired from the NFL, Jackson signed with the Jacksonville Jaguars and Trevathan agreed to a contract with the Chicago Bears.

While Jackson and Trevathan were key contributors to the Broncos’ vaunted defense, Denver’s front office made it clear that one of their biggest priorities was to bring Osweiler back. After starting seven games for the Broncos this season, his benching during a Week 17 game against the San Diego Chargers is rumored to have factored into his decision to leave Denver.

The move is a crucial one for the Houston Texans – a franchise that has struggled to find a quarterback to build their team around. The quarterback competition between Brian Hoyer and Ryan Mallett failed miserably last season, and Houston is now counting on Osweiler to finally provide some stability.

Perhaps the best news for Osweiler is that he will have plenty of weapons at his disposal in Houston. The Texans released aging running back Arian Foster, and replaced him by signing ex-Miami Dolphin Lamar Miller to a four-year, $26 million contract. In addition to the explosive back, Houston also has one of the best wide receivers in the NFL in DeAndre Hopkins.

While the Broncos are left scrambling to find a replacement for Manning, Osweiler finds himself in the dream scenario – starting at quarterback in the historically weak AFC South.

All he has to do now is just prove he is worth the $72 million.