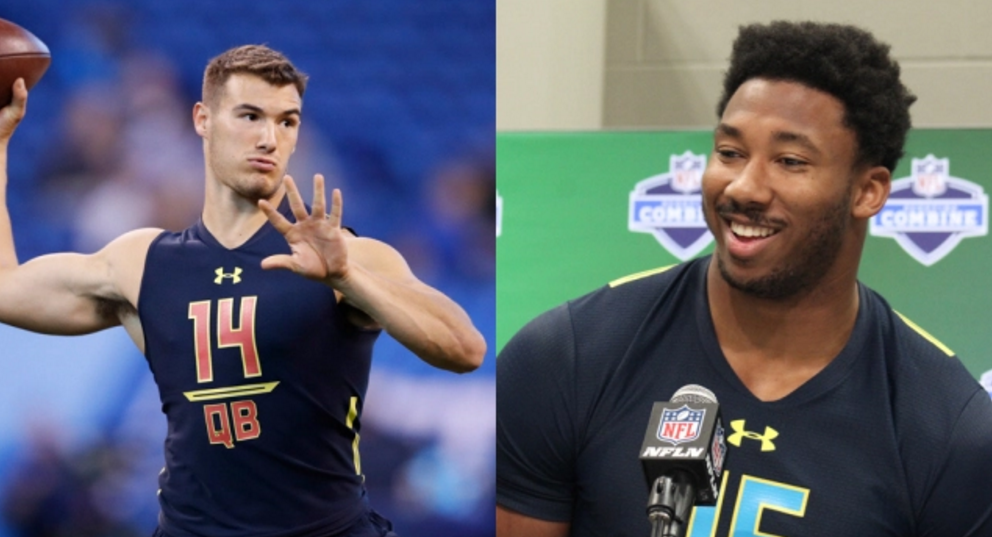 It’s no secret that the Browns have been the low team on the Cleveland totem pole. With the Cavs winning the 2016 NBA championship and the Indians returning a strong squad after their 2016 World Series appearance, the Browns now face some added pressure in their hometown. Fortunately, they do have the No. 1 pick in the 2017 NFL draft, but the Browns have had opportunities like this before, and it has been quite a while since they’ve struck gold.

Even though there are some great players in the draft that could be viable options for Cleveland, there is not a clear-cut No. 1 choice (in Cleveland’s mind). Between quarterback Mitchell Trubisky and defensive end Myles Garrett, either man can be the top dog this year, and the Browns are desperately hoping to avoid their clouded judgment of years past by picking the right man to turn their franchise around. So let’s take a look at both players, and let’s evaluate the strengths and weaknesses that the Browns must consider before making their selection.

Trubisky was impressive in his 13 career starts at the University of North Carolina, as he threw for 3,748 yards with 30 TDs and just six interceptions. However, it is a fairly small sample size, as Trubisky spent the previous two seasons backing up Marquise Williams. He is a creative quarterback, who can scramble and throw on the run. And he also has a nice touch on his passes, to go along with his quick release. He can move around effectively within the pocket, and he has excellent pass accuracy from the short-to-intermediate range. Overall, it sounds like a winning combination for a quarterback. However, the fact that he had to back up Williams for two years is a concern.

Trubisky may be a more mature quarterback now, but his arm strength and size aren’t particularly exceptional. Plus, his skills in a somewhat simple offense may not transfer well to the more complex systems of the NFL. He could very well be a winner at the next level, but most people don’t believe he has all it takes to be a franchise quarterback. Trubisky did grow up a Browns fan though, so destiny is certainly on his side.

If Myles Garrett hadn’t been hampered with some injuries, we may not even be having this conversation. Garrett is a special talent on the defensive side of the ball, and many believe he should be selected first. He is an athletic freak that can completely change an opponent’s offensive scheme, similar to the impact of a Von Miller or J.J. Watt. He accomplished a lot in his college career, and being a player in the SEC, he played amongst some of the best competition at the college level.

However, at the NFL level, Garrett won’t be able to rely solely on his physical abilities. He may have to mature and develop additional skills to add to his repertoire. At a level where the players are stronger and faster, Garrett will have to fine-tune his game to become a more efficient and consistent defensive end. However, it is quite likely that Garrett turns into an elite pro.

Cleveland is faced with a tough decision. Myles Garrett is probably the best player available in the draft. However, teams like to build around a quarterback, and it is tough to win in the league without a good one. Regardless of who the Browns pick first overall, they are desperately hoping he will be the key to turning this franchise around.