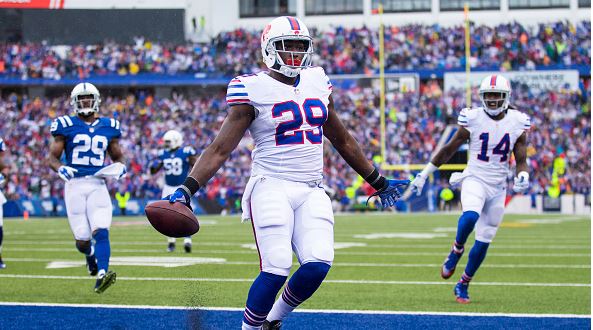 Karlos Williams burst onto the scene as a rookie last year, but already appears destined to take a step back in his sophomore campaign. It has been reported that Williams arrived at Bills training camp completely out of shape, drawing the ire of the Buffalo coaching staff.

And while there’s plenty of time to shed the necessary weight before the season begins, it’s Williams’ reasoning that really caught everyone’s attention.

Citing his fiancée’s recent pregnancy, Williams said, “”I like to eat and then her being pregnant gave me an excuse to eat, so eating anything and everything. She’d wake up, one or two o’clock, ‘I want a snack.’ Well I’m not going to sit here and watch you eat because I don’t want you to feel bad.”

Williams’ unwavering support of his fiancée’s food cravings certainly didn’t sit well with head coach Rex Ryan, who had no problem expressing his displeasure. When discussing Williams returning to game shape, Ryan bluntly stated, “I don’t think it’s gonna be easy. I don’t think that at all.”

Ryan continued, “Obviously, you wish that he was in much better shape. There’s no question about it. I think in the future, he’s gotta realize that what he did this offseason is far from what you want. But he’s a young guy. Hopefully he’ll learn from it.”

If Karlos Williams fails to do so, a move from running back to linebacker could be in his future.