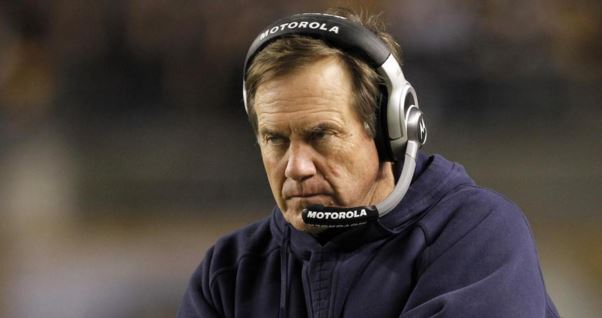 New England Patriots head coach Bill Belichick is often revered for his unique way of approaching the game of football. From choosing not to call a timeout to stop the clock in last season’s Super Bowl to his brilliant in-game adjustments, no one dares to question Belichick’s decisions.

However, winning the overtime coin toss and electing to kick is a strategy too insane to get away with. When Patriots captain Matthew Slater called “heads” and won the toss, everyone thought he [Slater] made a mistake when he said New England would like to kick. It wasn’t until after the game we found out Slater was simply following Belichick’s instructions.

The Jets marched 80 yards down the field in five plays, capping it off with a Ryan Fitzpatrick touchdown pass to Eric Decker to keep their playoff hopes alive. The Patriots, meanwhile, will have to win next week at Miami to lock up the AFC’s No. 1 seed.

After the game, Belichick defended his decision to kick, saying, “I clearly thought that was our best opportunity, so that’s why we did it.” It wasn’t the first time Belichick chose to kick after winning an overtime coin toss, as the strategy worked in a 2013 game against Denver.

While Belichick’s unorthodox approach to the game has landed him five Lombardi Trophies and a spot in Canton, Ohio, you can be sure he will elect to put the ball in Tom Brady’s hands from now on.

Or he won’t, because if there’s anything we know about Belichick, it’s to expect the unexpected.