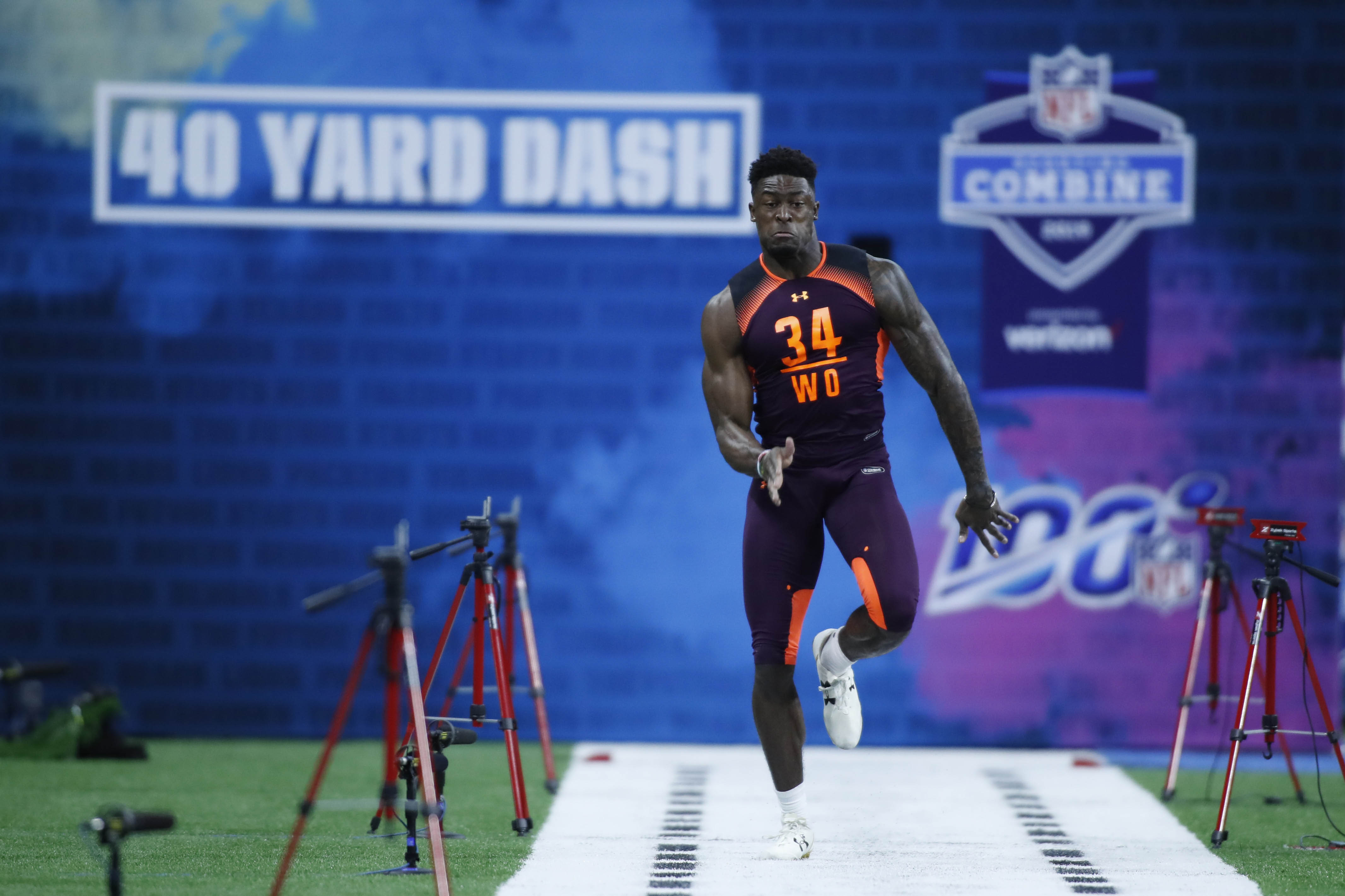 Undoubtedly the star of this year’s combine, no player dazzled quite like Ole Miss’s hulkish receiver Metcalf. The 6-foot-3, 228-pound pass catcher posted modest numbers over his collegiate career (1,228 yards and 14 touchdowns over 21 games), but is an absolute workout warrior. His superhuman physique caught the attention of social media, and his eye-popping measurables has drawn the eyes of NFL scouts.

Metcalf blazed through the 40-yard-dash with a blistering 4.33 time — the fastest official time recorded at the combine for a player over 225 pounds. Metcalf polished off his day with a 40.5 inch vertical jump. a 134.0 inch broad jump, and 27 reps of the bench press.

Metcalf is an A+ athlete who will be talked about all the way up until draft day because of his outstanding performance at the combine. That’s a win no matter how you spin it. Following closely behind Metcalf in the race for the combine’s freakiest athlete, Mississippi State’s Sweat turned heads with an impressive showing. The 6-foot-6, 260-pound edge rusher put his pass rushing speed on full display with a jaw-dropping 4.41 40-yard dash. Sweat set an NFL Combine record for defensive lineman with the time. Speed is essential on the edge, just ask guys like Von Miller (4.49), Myles Garrett (4.64), and Danielle Hunter (4.57).

Sweat’s electric 40-time has him rising up the boards as a potential top-10 pick. The Buckeyes have had a strong run of skill players with Ezekiel Elliott and Michael Thomas, and look to build upon that with the addition of shifty wide-out Campbell.

Campbell’s completely dominated every event. He tied for the fastest 40-yard dash with a 4.31 official time, and was excellent on the agility drills. Once the prospects hit the field, Campbell looked great working in-and-out of cuts and tracking the ball in the air.

At 6-feet, 205-pounds, Campbell boasts impressive size, speed, and athleticism for a perceived slot receiver. His explosiveness should allow him to create separation against NFL defensive backs. Out of the group of receivers who are projected to go in the late-first/early-second round range, Campbell did the most to improve his stock this past weekend. LSU claims to be ‘DBU’, and it’s hard to argue with the results. Patrick Peterson, Jamal Adams, Tre’Davious White, Donte Jackson, Tyrann Mathieu, Jalen Mills, Eric Reid, Jalen Collins, and Mo Claiborne can stack up with any positional group of any program in the nation.

Williams enters this year’s pool as one of top cornerback prospects. He’s got great size (6-foot-2) and has shown the ability to bother opposing receivers with his length. He was able to pair his wiry frame with an excellent 40-time, recording a 4.37 officially.

He’ll need to add some muscle before making the leap to the league, but Williams has the frame and speed that profiles as a No. 1 corner. Murray didn’t participate in any of the combine drills, and will wait until Oklahoma’s pro day to throw, but he found a way to win the event.

Measuring in at a hair above 5-foot-10, Murray’s diminutive size seems to be a far less significant concern than it was just a few weeks ago. He’s less than an inch shorter than Russell Wilson, and has bigger hands than both Baker Mayfield and Patrick Mahomes.

The measurements should quiet any talks over Murray’s size, which allow pundits to discuss things that really matter — like how he throws the football (which is very well, typically). LSU’s Devin White and Michigan’s Devin Bush project as the top two linebackers in this year’s draft, and each dominated the combine.

Bush (5-foot-11, 234-pound) was a tick slower on his 40-yard dash at 4.43, but actually bested his LSU counterpart in both the 3-cone drill (6.93) and the 20-yard shuttle (4.23). Bush also recorded the highest vertical of any linebacker with an impressive 40.5 mark. The stocky backer is an excellent run stopper with the ability keep up with even the fastest of running backs coming out of the backfield.

Smaller, quicker linebackers are all the rage across NFL defenses. Deion Jones, Deone Bucannon and Myles Jack might have all been safeties had they played in an earlier era. To combat the way offense is played in today’s game, speedier linebackers who can cover slot receiver and running backs in space are a highly sought-after commodity. 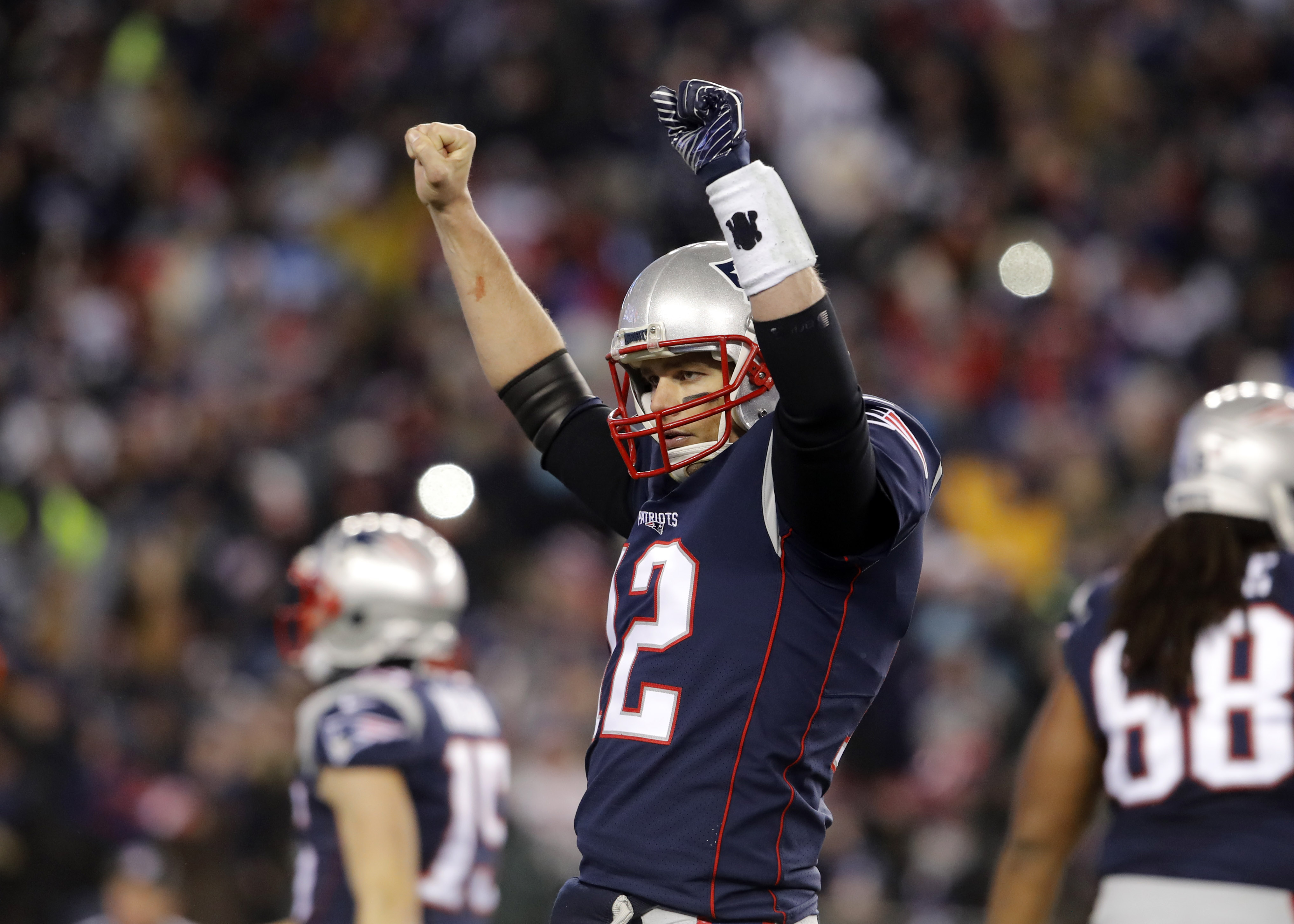