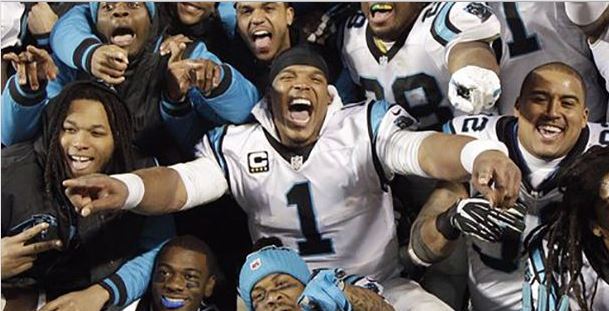 After both championship games last weekend, the Carolina Panthers emerged as the early favorite to win Super Bowl 50. With less than 10 days until the big game, that favoritism continues to grow.

Recent projections estimate that Americans will wager $4.2 billion on the Super Bowl this year, which would be a record amount if it holds up. And, while the Denver Broncos boast a particularly large fan base, they haven’t received close to the financial (betting) support their opponent has.

“Over 80 percent of the early money and tickets are on the Panthers -4.5, and we’re still writing tickets at that ratio,” said John Avello, race and sports operations director at Las Vegas’ Wynn and Encore. “I could see us going higher (possibly to 5.5, but even to 6).”

With such a behemoth amount of money being spent on Carolina, one has to wonder why America is backing the Panthers so adamantly. Both teams have household names at quarterback to go along with their elite defenses.

But, according to Nick Bogdanovich, the director of trading for William Hill US, one reason stands out above the rest: “The public is clearly enamored with the supposed mismatch of Cam Newton over Peyton Manning. (Nearly) every ticket is on Carolina and it doesn’t show any signs of slowing up. I can’t remember a more one-sided betting Super Bowl.”

In what might be Manning’s final game in the league, Denver will likely take it personally that bettors view them as such heavy underdogs. While Broncos fans will be rooting hard for Peyton Manning to win his second Lombardi Trophy, so too will every sportsbook.