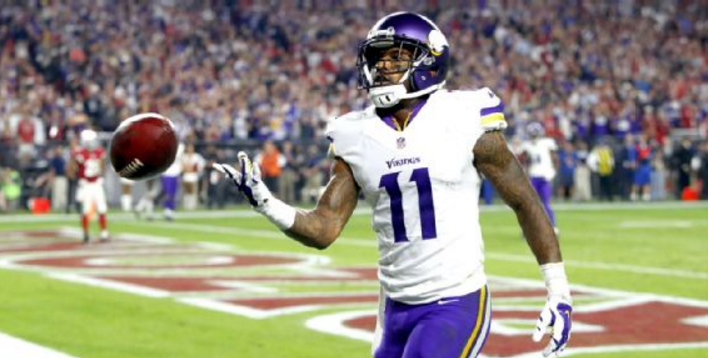 After going an uncharacteristic 5-11 last season, the Baltimore Ravens are trying to make some serious changes. If their recent acquisitions indicate anything, it’s that the team is headed in the right direction. In the last few days, the Ravens have improved on both sides of the ball, adding safety Eric Weddle and wide receiver Mike Wallace.

While he’s no Ed Reed, the 31-year-old Weddle most definitely adds to an already hard-nosed defense. The 37th overall pick in 2007 out of Utah spent the first nine years of his career with the San Diego Chargers. But after a public feud with San Diego ownership made it clear he wouldn’t be returning to the Chargers in 2016, Weddle agreed to a four-year, $26 million contract with the Ravens. Despite enticing offers from the Oakland Raiders, Pittsburgh Steelers and Carolina Panthers, the 3-time Pro Bowler decided Baltimore was the best fit.

In Weddle, the Ravens are getting what many people consider one of the better free safeties in the league. In nine season, he has totaled 849 tackles, 19 interceptions, 6.5 sacks and 4 touchdowns in his time with the Bolts.

On the offensive side, the Ravens add a player who used to loathe Baltimore. Wallace began his career with the Steelers, but has agreed to a two-year deal worth $11.5 million to head to the Ravens. Since his days in Pittsburgh, the former Ole Miss wideout experienced much less success while a member of the Miami Dolphins and Minnesota Vikings. In his career, he has totaled totaled 413 receptions, 6,285 yards and 49 touchdowns.

Wallace and Ravens head coach John Harbaugh are excited about the wide receiver’s new opportunity as a deep threat. With big-arm quarterback Joe Flacco at the helm, the new duo should benefit greatly from one another’s presence.

“This is a guy that changes the face of our offense dramatically,” Harbaugh said. “He adds an element that’s very important in the National Football League. It’s an opportunity for him to get with Joe and match their talents in a way that’s going to be really special.”

In a division where the Steelers and Bengals are annual playoff contenders, the 2012 Super Bowl Champions are doing everything in their power to re-enter the fierce competition for AFC North supremacy.