The Minnesota Vikings are good at football.

Every other NFL team that played on Thanksgiving isn’t.

For what feels like the millionth consecutive year, the slate of NFL games on Turkey Day was less than stellar – unless you like missed throws, poor coaching, and punts (so many punts).

The early game featured the Vikings against their division rival Detroit Lions. Minnesota jumped out to an early lead thanks to touchdowns from Kyle Rudolph and Case Keenum. They led by as many as 17 points in the second half, but the Lions roared back as they typically do.

Herein lies the problem with the Lions. They can never run the ball. Their defense has allowed 1,219 total yards over their last three games (a QB trio of Keenum, DeShone Kizer, and Mitch Trubisky). Detroit is perpetually playing with their backs up against the wall, biding their time until Matt Stafford can work some magic.

This time though, Stafford couldn’t pull off the fourth-quarter heroics. He missed a number of throws down the stretch. His final pass probably shouldn’t have been intercepted, but Marvin Jones Jr. would have to be about a foot taller to have come down with it. The Lions benefit from a weak end to their schedule, but in the highly competitive NFC, a spot in the playoffs appears unlikely.

Minnesota moved to 9-2 on the season, and are in full control of the NFC North division. They look like a legit threat, but must shore up their pass defense if they want a chance against the league’s elite group of quarterbacks. Had Stafford connected on a few makable throws, this game could have turned out differently. Relying on the arm of Case Keenum has typically not been a recipe for success.

In the afternoon, we got the Los Angeles Chargers versus the Dallas Cowboys in a must-win match-up for both sides. The Cowboys would be playing their third game without star running back Ezekiel Elliott, and it certainly showed. Sophomore QB Dak Prescott looked out of sorts from the onset, refusing to throw the ball downfield. Teams don’t fear this Dallas offense without Zeke in the lineup.

Coming off a three interception outing, Prescott played it safe to start the game — dinking and dunking around the field. He eventually crumbled in the second half, tossing two picks that essentially sealed Dallas’ fate. Prescott’s five interceptions over the last two weeks have already eclipsed his total from all of last season (4).

At the start of the 4th quarter, Cowboys running back Rod Smith rushed for a two-yard touchdown to make the game 16-6. This was the first touchdown drive that Prescott had led since the second possession of Week 10. That’s 26 consecutive drives with no touchdowns. It’s going to be tough to win that way.

The Chargers looked dominant for the second straight week. They held the Cowboys to just 14 first downs, and 247 yards of total offense. Their defensive front seven is downright terrifying, and after an 0-4 start to the year, they are firmly in the hunt for an AFC playoff spot. Philip Rivers is playing at a high level, and Keenan Allen has been an impossible match-up when he’s lined up in the slot.

Still, this is the Chargers we’re talking about, so something has to be amiss. They still can’t figure out their kicker problem. After an astonishing 10-for-11 stretch, Nick Novak had a rough day, missing a 35-yard field goal attempt and an extra point. LA went to punter Drew Kaser following Novak’s missed XP, and the second year man missed two kicks of his own. Actually, he missed three…

The even more serious issue is the Chargers’ complete inability to get Melvin Gordon going on the ground. The former first round pick is well on his way to recording a sub-4.0 yard per carry average for the third consecutive year. Even Gordon’s current 3.7 average is a miracle considering he got 87 of those yards on one play against the Patriots. Taking that anomaly out of his total, Gordon is recording a putrid 3.2 yards per tote. The emergence of Austin Ekeler out of the backfield has even cut into Gordon’s receiving work. They need all hands on deck if they want to make a push for the AFC West title, and Gordon will have to break out of his slump.

If you hadn’t fallen asleep yet after your hearty helping of turkey, stuffing and pumpkin pie, you earned the pleasure of watching the Washington Redskins and the New York Giants battle it out for NFC East third-place bragging rights. This game was just painful to watch. Neither team showed any interest in winning as they combined for 16 punts, 10 sacks, and a whole bunch of ugly plays.

The Giants, at least, have an excuse — they just aren’t very good. Granted, injuries have absolutely decimated this offense, but watching Eli Manning throw the ball in 2017 doesn’t give us much hope for what this team could have been. New York had a grand total of one first down in the second half, and it came on the very last possession. All of the Giants’ resources should be used to start scouting the 2018 QB class.

Washington’s ineptness is far more complicated. They legitimately have looked like a playoff team in past weeks. This wasn’t one of those times. Playing without left tackle Trent Williams is admittedly a tall task, but Kirk Cousins wasn’t at peak form throughout a majority of the night. He was flat-out oblivious to the pass rush as the Giants defense recorded six sacks on the evening.

Jamison Crowder was great, though he’s only been good for three out of the 10 games he’s appeared in. Vernon Davis didn’t record a reception. Both Josh Doctson and Niles Paul dropped catchable passes. Jordan Reed and Terrelle Pryor have been hurt, and have served little purpose when they’ve taken the field. This receiving corp was supposed to be a strength for the Redskins, but they have no go-to option and can’t stay healthy.

It’s been a tough route to 5-6. Washington’s six losses came at the hands of teams that are all currently at or above .500 including the Eagles (twice), Vikings, Saints and Chiefs. They also have substantial road wins over the Rams and Seahawks. This group can obviously compete with any team in the league, but slogging through a primetime performance with a clearly inferior team isn’t something to write home about.

An NFC wild card spot will require at least 10 wins, forcing Washington to win out. That’ll be a tall task considering their propensity to play down to their opponents. 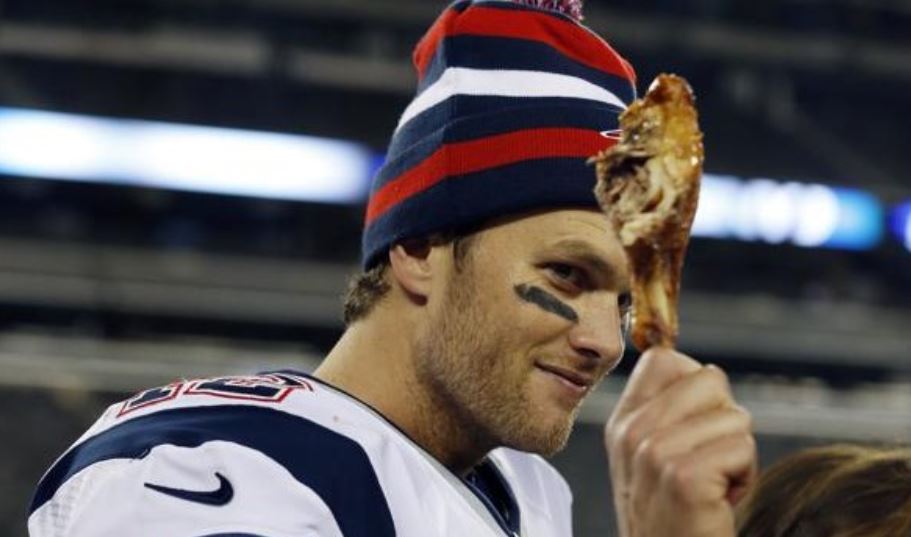