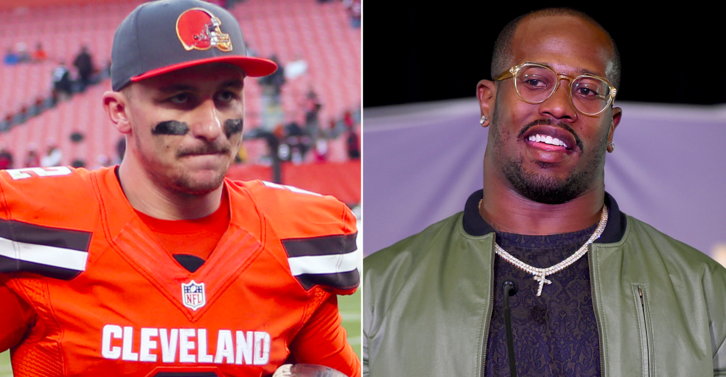 If Von Miller were in charge of the Denver Broncos, Johnny Manziel would be the team’s quarterback. The Super Bowl 50 MVP is vying for Denver to make that move.

“If I had to make my decision on it, he would already be with the Broncos,” Miller said. “But we’ve got guys in the front office that make those decisions, and they’ve put us in the championship with those decisions.”

Coming off a Lombardi Trophy victory, the Broncos have already made several offseason moves. With the retirement of Peyton Manning, general manager John Elway traded for Mark Sanchez and has been linked to acquiring Ryan Fitzpatrick and Colin Kaepernick.

While Sanchez is a proven veteran, the quarterback position still remains a major question mark for the reigning Super Bowl champs. With their elite defense, a game-managing quarterback is capable of getting the job done. However, Denver seems hesitant to rely on Sanchez.

Few believe Manziel would be the right fit either, as he is coming off an awful season that resulted in being cut by the Cleveland Browns. Manziel posted 1,500 passing yards, 7 touchdowns and 5 interceptions in nine games.

Aside from the horrendous performances, Manziel has also been a nightmare off the field. With a domestic assault case currently looming, signing with the Broncos would be the lone bright spot for Manziel this offseason. Reports have surfaced that Manziel has been in contact with Gary Kubiak to discuss a potential fit.

It still remains a long-shot that Manziel joins any NFL franchise, but with Manziel, Kubiak and Miller all having attended Texas A&M, the Aggie connection could be enough to give the embattled quarterback another chance in the NFL.