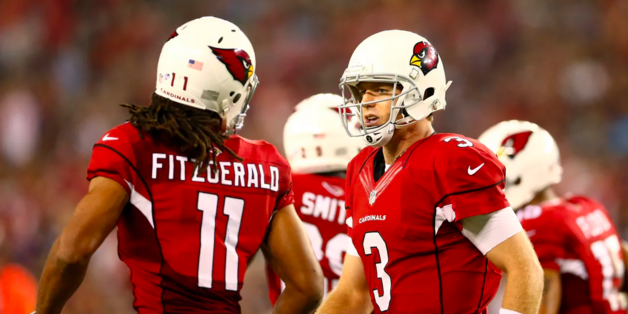 The Arizona Cardinals as a franchise have zero Super Bowl Championships to their name. They, along with the San Diego Chargers, Atlanta Falcons, Tennessee Titans, Carolina Panthers, Cleveland Browns, Detroit Lions, Jacksonville Jaguars and Houston Texans are among the nine NFL franchises without a Lombardi Trophy.

However, that will all change on February 7 when they win Super Bowl 50.

Taking on a tough Carolina Panthers squad this weekend in the NFC Championship Game will be difficult, but the Cardinals simply have too much talent on either side of the ball to let this opportunity evade them.

With a 36-year-old quarterback in Carson Palmer leading the way, this Cardinals team feels eerily similar to the Kurt Warner-led squad that lost to the Pittsburgh Steelers in Super Bowl 43.

Cardinals fans are in luck though, because this season’s team blows the 2009 unit out of the water.

It’s easy to forget that Kurt Warner’s team was incredibly mediocre heading into the postseason. They couldn’t run the ball, their passing offense was slightly above average, and their defense ranked in the bottom half of the league. Fast-forward to this season, and the opposite couldn’t be truer.

The Cardinals are the only team left in the postseason to rank in the top five in both offensive and defensive efficiency, and can beat you on the ground with David Johnson or through the air with Carson Palmer.

Panthers cornerback Josh Norman will likely be assigned to Larry Fitzgerald all game, but that simply means more opportunities for John Brown and Michael Floyd in Arizona’s explosive aerial attack. Carolina simply doesn’t have the personnel to slow down the Cardinals, while Bruce Arians’ No. 2 ranked rush defense should give Cam Newton and the Panthers’ offense fits.

Arizona will take on the winner of New England-Denver, and neither team comes close to being as strong on both sides of the ball. The Cardinals can actually match New England’s offense, but have the luxury of a reliable defense as well.

There’s no doubt Santonio Holmes’ toe-tap to win Super Bowl 43 still gives Fitzgerald and the rest of the 2009 Cardinals nightmares, but there will be no such heartbreak this season.