Going into the NFL season, everybody always seems so sure about their individual predictions. People will scoff at others for leaving their team out of a playoff predictions piece. All it takes is a few weeks of the NFL season to throw all of those picks out the window. Who could have guessed the Jets would be 3-2 at this point of the year? Who could have guessed the Pats would be also? Anything can happen in any given week. With that notion in mind, we now have three 2016 playoff teams on the outside of the postseason picture: the Cowboys, Giants, and Raiders.

Of these three teams, the one whose fan base should remain the most optimistic is the Cowboys. Dallas came up just short in Week 5 — falling to the Green Bay Packers by a score of 35-31 this past Sunday at home. Dak Prescott scampered for an 11-yard touchdown run with just 1:13 left in the game. Up by three, it looked to be the game-winner for the Cowboys. This appeared to be the case…until Aaron Rodgers led his Packers on a ferocious last drive capped by a Davante Adams TD hook-up with 11 seconds remaining. Just nine months after Rodgers and company sent the Cowboys home early in the NFC Divisional Playoff, Green Bay pulled off yet another miracle come-from-behind victory in Jerry World.

Rodgers was efficient against a decrepit Dallas pass defense which has “held” opposing signal-callers to a QB rating of 100.7. Allowing Rodgers to carve up your defense is completely acceptable, but the Cowboys’ first four games consisted of Jared Goff, Carson Palmer, Trevor Siemian and Eli Manning. That isn’t exactly a murderer’s row of quarterbacks.

Their defensive struggles are highlighted to a greater degree when the offense doesn’t perform to their full potential. Ezekiel Elliott avoided a major suspension prior to the season, but is averaging just 3.7 yards per carry in his sophomore year. Prescott has been great, though he’s had to be with a shallow receiving corps.

Although they’ve given up nearly 40 points per game in their three losses, the Cowboys aren’t completely finished just yet. Their last two games against the Packers and Rams were one-possession games. Each contest could’ve gone either way. Dallas also held a double-digit lead in both of those tilts. As the season wears on, Elliott and the offensive line should begin to impose their will upon opponents — and thus grind out these types of games. Their other loss was at Denver, which is never an easy place to play.

David Irving recorded 2.0 sacks in his first game back. Stud linebacker Sean Lee will return eventually. Additionally, they still have two match-ups against the Redskins and Eagles to determine their fate. If they lose to San Francisco following a bye week, a panic will be warranted. Until then, rest easy Cowboy fans. There is plenty of season left to go.

One last glaring positive for the Cowboys is that their division has quickly turned into a three-team race. The New York Giants may as well be erased from the playoff discussion following their loss to the Chargers.

It was a train wreck from the very start. The first five drives of the game ended in four punts and a Chargers safety. If it wasn’t crystal-clear before, this start to the contest signified to everybody in attendance that they were in fact watching a match-up between two winless squads. In the end, the Giants somehow out ‘Charger’d’ the Chargers by doing everything possible to lose the game down the stretch. If the loss in the record books wasn’t enough, Week 5 effectively wiped out the Giants’ receiving group. Odell Beckham Jr., Brandon Marshall, Sterling Shepard, and Dwayne Harris all sustained injuries that took them out of the game. Beckham’s fractured ankle will likely keep him out for the year.

Manning — who’s been mediocre at best this season — now has to face the next few weeks of the season without his top four receivers. Regardless of how talented their defense is, this offense has too many injuries and holes to mask. They can’t run the ball, and now they won’t be able to pass it either. Stick a fork in the Giants, they’re done.

Out west, a third 2016 playoff team has been struggling mightily since their national televised debacle by the hands of Kirk Cousins and the Redskins. The Oakland Raiders have dropped three-consecutive games, and looked all out of sorts on both sides of the ball. Derek Carr sat out during their Week 5 loss against the Ravens, but his absence isn’t the only reason for Oakland’s offensive woes.

Backup QB E.J. Manuel has been lambasted throughout his career for poor play, though all blame can’t be placed on him here. Amari Cooper has been invisible since Week 1, and has been exceptionally bad in the Raiders’ losses. He’s accrued just 23 yards in the last three games. Hauling in 13 receptions out of a possible 33 targets isn’t going to get it down for the Raiders’ No. 1 receiver.

In the backfield, the returning Marshawn Lynch has failed to gain his footing. Beast Mode has averaged 3.4 yards per carry — with his longest run of the season going for 14 yards. Oakland playing from behind for much of the last few weeks has cut into Lynch’s workload, as he’s rendered useless during passing situations. The defensive side of the ball has been a travesty outside of 2016 Defensive Player of the Year Khalil Mack. Bruce Irvin hasn’t shown any signs of explosiveness off the edge. The linebacker crew was always going to face struggles given their inexperience. Defensive backs Sean Smith and David Amerson have been getting consistently roasted by opposing receivers. Nothing is going right for Ken Norton Jr.’s group, and it doesn’t help when the Raiders offense can’t stay on the field.

Oakland’s future outlook is almost entirely predicated on Carr’s health. There are reports he could be back as soon as next week. Given the way they’ve been playing (even with Carr on the field), it might be better to keep him on the sideline until he’s absolutely 100-percent.

With the Chiefs racing out to a 5-0 record, the AFC West title couldn’t be further from the Raiders’ reach. The Wildcard race in the AFC is wide-open — as a number of teams are vying for those spots. Oakland hasn’t done much to separate from the rest of the pack. After breaking a 14-year playoff drought last season, the Raiders are well on their way to starting a new streak of postseason-less football.

The Cowboys, Giants and Raiders are proof of how unpredictable the NFL can be. Although the teams are off to a slow start, they each have plenty of time to make it up as the season progresses (mostly Dallas and Oakland, sorry Giants fans). 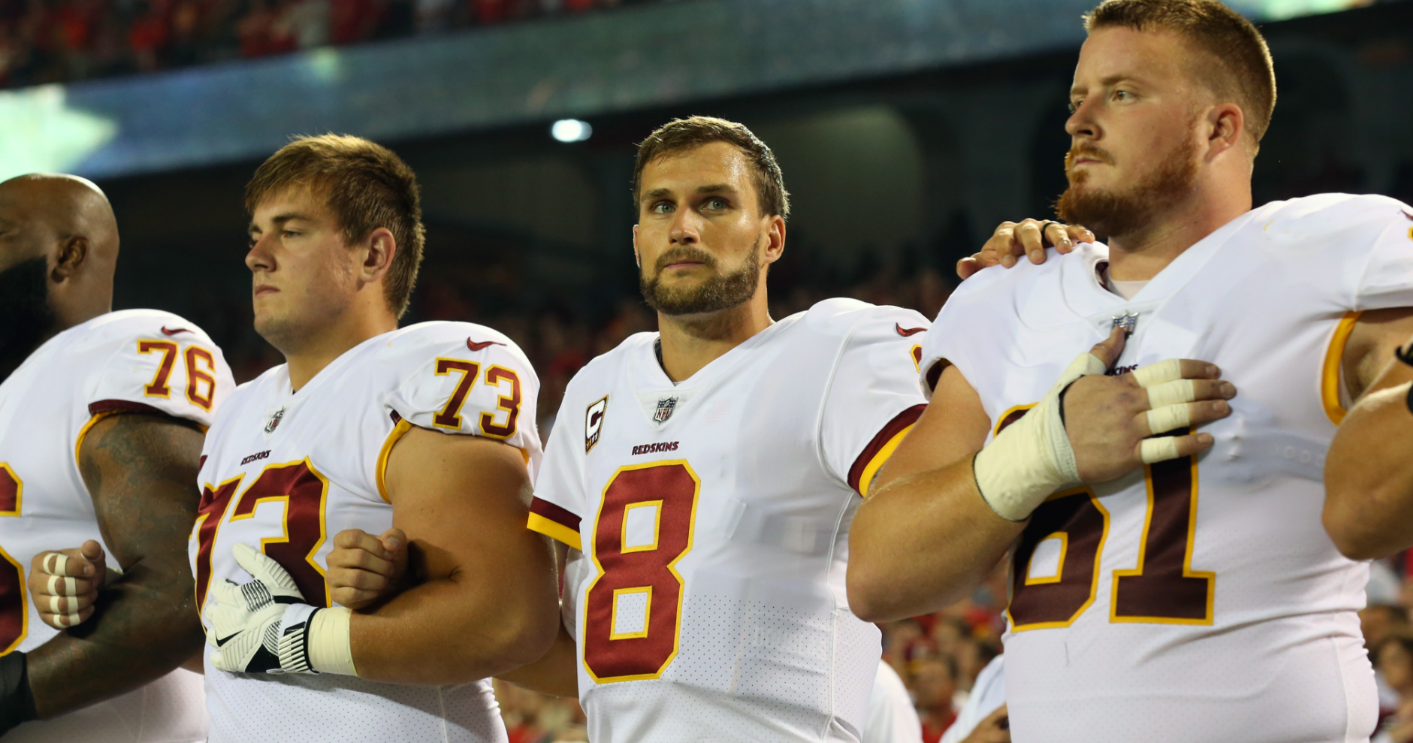