Well, that was fun while it lasted.

Kansas City’s offense has run roughshod over virtually every defense it’s come across this year. QB Patrick Mahomes has cemented himself as one of the NFL’s biggest talents. Three elite skill players — TE Travis Kelce, WR Tyreek Hill, RB Kareem Hunt — have complemented the gunslinger exceptionally well. This collection of talent is a large reason as to why the Chiefs average 37.0 PPG (first in the NFL).

With that said, the lethal triumvirate has quickly turned into a deadly duo.

TMZ released video of Hunt physically assaulting a woman in a hotel. The incident occurred this past February — though this was the first time in which the public gained access to the horrifying video. There’s also allegations that Hunt was involved in yet another brawl with a man this past June.

Upon the video dropping, many were curious as to see how the NFL/the Chiefs’ franchise would handle the news. Within an hour, it was announced that Kansas City was parting ways with its uber-talented 23-year-old rusher. Hunt led the league in rushing a year ago. He was also rapidly approaching 1,000 yards on the current campaign. Alas, his off-the-field transgression (which was horrible in nature) was too much for the Chiefs. In the blink of an eye, Kansas City parted ways with one of the best running backs in the league.

In the process, the decision also may have dropped the Chiefs from Super Bowl contender to just another team jockeying for home field advantage in the AFC.

At 10-2, Kansas City does currently hold the top spot in the conference. Andy Reid’s team finishes the regular season with three home games (Baltimore, Los Angeles Chargers, Oakland) and one road tilt (Seattle). The Chiefs also hold a one-game lead on both New England and Houston. All of this sounds good in theory. With that said, the loss of Hunt could be absolutely devastating as we head into the final stretch.

Hunt gave Kansas City immense balance. His hard-nosed, slashing running style paired brilliantly with Reid’s offensive scheme. Hunt was powerful enough to get yards in between the tackles. He was also elusive and quick enough to burst forward into open space on stretch plays.

His innate ability to pick up chunks of yardage helped Mahomes out in a big way. Opposing defenses stacking the box to stop Hunt were routinely torched. Pairing the quarterback with the best arm in the NFL (Mahomes) alongside the receiver with the most explosiveness vertically (Hill) was even more lethal when operating against single coverage looks. The space opened up by the mere threat of Hunt also enabled Kelce to wreak havoc on crossing routes over the heart of the field.

Another sneaky-good part of Hunt’s game was his ability to catch passes out of the backfield. In fact, Hunt had the fourth-most catches on the team (26). The Ohio native was equally as good on screens as he was leaking out of the backfield as a safety valve for Mahomes.

With Hunt gone, Kansas City’s offense should be impacted in a negative way. It will continue to put up points. However, it may not average over 37 a game as currently constituted (No. 1 in the league).

There’s going to be more of an onus on Mahomes to win games. This is an awful lot to ask of a second-year quarterback. Having Reid, Kelce, and Hill will certainly help. With that said, Spencer Ware isn’t close to Hunt in terms of production or ability. The lack of an elite threat in the backfield will enable opposing teams to pin their proverbial ears back in hopes of rattling the young signal-caller. Additionally, KC runs the risk of being more of a pass-happy team. When looking at the scope of teams with postseason success, more often than not there’s a 45-55 split in terms of run plays v. pass attempts. The Chiefs have to continue to showcase their run game in hopes of garnering the requisite amount of balance needed to unhinge the opposition.

With Hunt in the fold, KC would’ve been the odds-on favorite to represent the AFC in the Super Bowl. Now, it appears as if the Chiefs are jumbled in a group which features Pittsburgh, Los Angeles (Chargers), Houston, and the vaunted New England Patriots.

Houston has won nine-in-a-row on the back of strong QB play and a stingy front seven. Pittsburgh features a multitude of experienced (and elite) skill players. Los Angeles already has nine wins — and is only one game behind the Chiefs for the AFC West lead. And then…there’s the Patriots. Tom Brady and the seemingly underdog Pats are lurking in the corner — precisely crafting a plan to launch full bore at the conference crown.

Landing home field throughout the playoffs would be significant to all teams, but especially Kansas City. The Chiefs haven’t lost a regular season home game since November of last year. The crystalline sea of red and white is only enhanced further by a raucous crowd. Should the Chiefs not clinch the top spot, it would be asking an awful lot of Mahomes to lead the team to victory on the road in what could be a hostile Foxborough crowd.

After appearing like a sure bet to win both its division and the conference, Kansas City now finds itself in a bit of an ambiguous period. The defense must improve, as its giving up over 27 points per contest. Going to Seattle in late December won’t be a picnic. Duly, this week’s game features an opponent (Baltimore) coming off of three-straight wins. Both the Ravens and Chargers are fighting for their postseason lives. In other words, these games will be challenging.

Kansas City could very well fold under the pressure of losing one of its best players. Duly, it’s also a group talented enough to be galvanized by Hunt’s absence. Either way, it will be wildly fascinating to watch unfold. 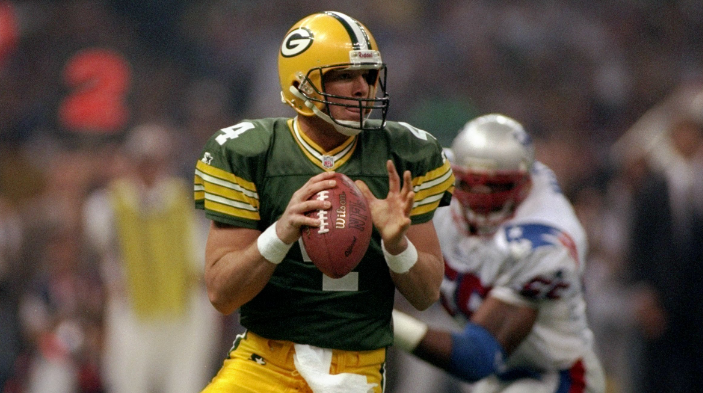 RANKED: The 25 Most Overrated QB's Of All-Time