We’ve seen this story before.

Baltimore has been left for dead on a number of occasions. The Ravens will play uninspiring football — yet still find themselves in the playoffs. This hasn’t been the case since 2014. The team had recently fallen into a rather mediocre rut. Pressure has been mounting on head coach John Harbaugh. Many were ready to put Joe Flacco out to pasture. Essentially, the page was on the cusp of being turned.

However, the chapter remains unfinished. If early returns are any indication, the Baltimore Ravens are poised to be contenders in not only the AFC North, but also the entire conference.

There was no buzz revolving around this team prior to the start of the season. Another ho-hum 8-8 year would’ve surprised no one. Instead, the Ravens have won three of their first four — including victories over formidable competition in Denver and Pittsburgh.

The revitalized offense has been galvanized by Flacco’s ability to launch the ball downfield. Conservative schemes of the past blanketed Flacco’s arm strength. He was forced to live on short-to-intermediate routes under 15 yards. To be fair, Flacco was also bracketed by a perpetual group of possession receivers. This year’s group was revamped, and thus has been a big improvement.

John Brown — averaging 22.2 yards per grab — is one of the NFL’s best deep threats. Michael Crabtree is a reliable veteran with great hands, and Willie Snead IV is no slouch when it comes to stretching the field vertically. The tight end combination of Mark Andrews and Maxx Williams is arguably the best Baltimore has had since the days of Todd Heap.

While the running game hasn’t yet gotten on track, Baltimore has three guys (Alex Collins, Buck Allen, Kenneth Dixon) all capable of toting the rock. The electric Lamar Jackson is also on the bench ready to come in for gadget plays.

Baltimore ranks No. 10 in the NFL in yards per game (396.8). This statistical standing looks even more impressive when factoring in how good the Ravens’ defense has been. Currently, Baltimore is relinquishing the second-least amount of opponent yards per contest (275.8). As such, Harbaugh’s team is the only one within the top-10 both offensively and defensively. Baltimore is also No. 1 in the NFL in opponents’ yards per offensive play (4.4).

There was a concerted effort to get faster across the board. Through smart decisions in the draft, the Ravens have done just that. Fourth-round pick Kenny Young is currently second on the team in tackles. Marlon Humphrey and C.J. Mosley are both budding stars. Young linebacker Patrick Onwuasor has proven to be a very capable defender. Lastly, the defensive line duo of Michael Pierce and Brandon Williams is a complete handful to run against. The Ravens also complement the young talent with a strong core of productive veterans (Terrell Suggs, Eric Weddle, Tony Jefferson, Brandon Carr).

The team has depth at all levels — especially when it involves pass-rushing options. Suggs, Za’Darius Smith, and Tim Williams all have at least 2.0 sacks. Corner Tavon Young has even gotten into the mix with 2.0 sacks of his own. Defensive coordinator Don Martindale isn’t shy about utilizing exotic blitz packages from all spots of the field. After toiling away as a linebackers coach, Martindale is now getting the opportunity to prove himself as a lead defensive mind. As such, his play-calling has been understandably aggressive.

This is a very dangerous team going forward — particularly if Baltimore continues to throw the ball with this level of effectiveness. As the winter months roll into the Northeast, expect a bit more emphasis on running the football. It’ll only make the offense more dynamic going forward.

With a slate of four very tough games upcoming (at Cleveland, at Tennessee, vs New Orleans, at Carolina), we’ll learn a lot about Baltimore and its potential ceiling as an AFC contender. 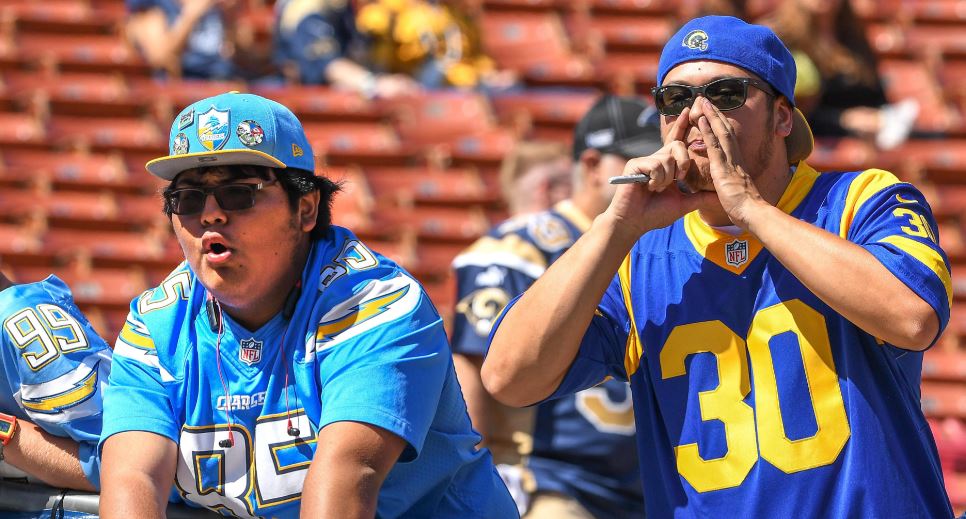 No City Should Have 2 Teams From The Same Sport. Ever.