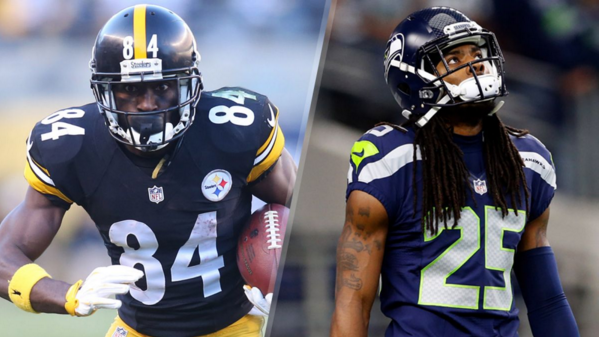 With a 6-4 record and coming off an extra week of rest, the Pittsburgh Steelers face their toughest match-up of the season at Seattle in Week 12. Luckily for the Steelers, Antonio Brown is playing at a Hall of Fame level, especially over his past four games.

This gives Antonio a grand total of 39 receptions, 594 yards and 3 touchdowns over the past four games. With Big Ben starting again for Pittsburgh, Brown should continue putting up monstrous numbers while carrying a dynamic Steelers offense.

The Seahawks have arguably the best secondary in the league, despite losing even more defensive backs in free agency this past summer. Richard Sherman still patrols the entire right side of the field, which could actually benefit the Steelers.

Brown enjoys lining up wide left on passing plays, and the Steelers usually stick Martavis Bryant on the right. These two receivers have been a match-up nightmare for opposing cornerbacks this year, but Sherman has the ability to completely take one of them out of the game. If Pittsburgh consistently puts Antonio on the left side of the field on Sunday, it will put the team in the best position to get a win.

This game is monumental for both squads, as each is battling for a Wild Card berth in their respective conference. With the Seahawks missing Marshawn Lynch for this one, Antonio Brown should be the only player in ‘Beast Mode.’

The Steelers will look to their best weapon early and often, setting Brown up for a monster day. With the ground game likely to struggle and Sherman occupying the right side of the field, Brown will go for 8 catches, 120 yards and one touchdown along the left side.