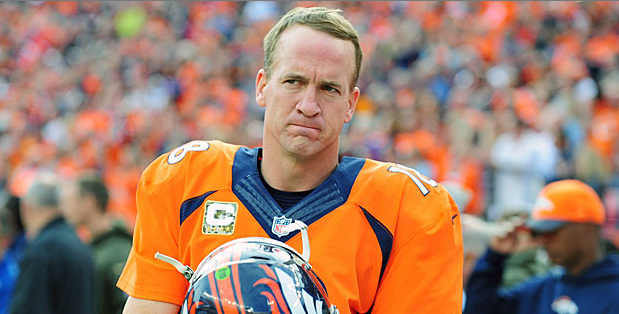 Throughout his remarkable NFL career, Peyton Manning has grown accustomed to the spotlight being on him. Now, on the verge of his fourth Super Bowl appearance, Manning is firmly entrenched in the headlines once more. Unfortunately, it’s now all for the wrong reasons.

On Thursday, the NFL formally announced they would continue their investigation into Peyton using human-growth hormone (HGH) while recovering from neck surgery in 2011. On top of this, the NFL is receiving help from the U.S. Anti-Doping Agency – the same group that exposed cyclist Lance Armstrong.

Regardless of whether these allegations are true, Manning has remained adamant about his innocence. “It’s been garbage from the first day it came out and still garbage today,” he said. “It never happened. I really can’t believe somebody would put something like this on the air. Whoever said this is making stuff up.”

The news originally stemmed from the Al Jazeera report last month, which claimed that Manning’s wife received shipments of HGH to their house in Indianapolis. By bringing the USADA into the mix, NFL commissioner Roger Goodell must believe there’s more evidence to be discovered.

But one still has to ask – why, Roger?

Goodell lost a ton of credibility with the Deflategate incident last season, which dampened the usually positive atmosphere leading up to the Super Bowl. Now, he’s going after one of his league’s icons as Manning prepares for what’s likely his final NFL game.

All that ‘Peytongate’ will do is diminish the hard work Manning put in to return from an extremely strenuous neck/spine surgery. It’s hard to believe that Goodell would be willing to support a case like this when the last one blew up in his face. He better be right this time around, or the NFL may finally remove him as league commissioner once and for all.