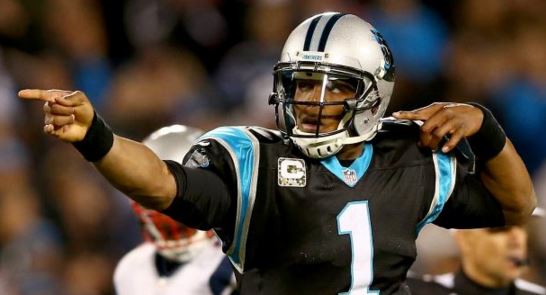 Sure, this week’s demolition was against the lowly Washington Redskins, but the Carolina Panthers continue to prove that their 10-0 start is no fluke. Proving they can win in a multitude of ways, this week, Carolina’s offense carried them to victory.

With 226 yards through the air and 142 more on the ground, Washington simply had no answer for Cam Newton and Jonathan Stewart. Newton threw a career-high five touchdown passes in the game, and has this offense clicking on all cylinders.

In their 44-16 victory over the Redskins, Newton completed passes to Devin Funchess, Jerricho Cotchery, Greg Olsen, Ted Ginn Jr., Brenton Bersin, Jonathan Stewart, Mike Tolbert and Fozzy Whittaker (I swear I did not make up any of those names).

It’s safe to say there isn’t a single quarterback in the league jealous of Newton’s receiving options. However, this just makes it all the more impressive that the Carolina Panthers remain as the only undefeated team in the NFC.

Of course, the defense is a big reason for the team’s success. Any Ron Rivera-led team is going to be stingy on the defensive side of the ball, and this year’s squad is no exception. Luke Kuechly and Thomas Davis bolster the best linebacker corps in the NFL, and defensive back Josh Norman has established himself as a shutdown corner.

The defensive line led by Kawann Short and Star Lotulelei has wreaked so much havoc that they have made Jared Allen look like a respectable pass-rusher. Bears fans would tell you Allen is so far past his prime that he wouldn’t be able to get a sack in a pee-wee game. However, Short and Lotulelei occupy so much attention that Allen now has two sacks and an interception on the season.

Despite what appear to be gaping holes in talent across the depth chart, the Panthers keep steamrolling anyone in their way. As Newton continues to make a compelling case for MVP honors, no one has accomplished more, with less.