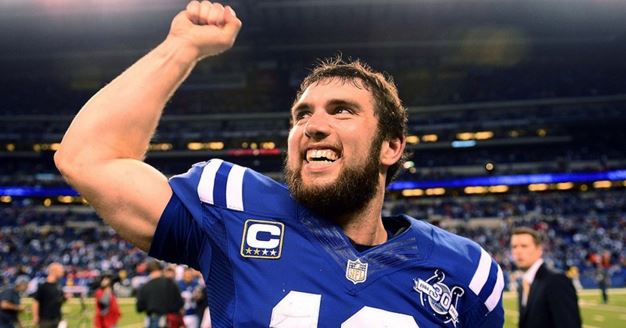 Taking over for one of the greatest quarterbacks in NFL history (Peyton Manning), Andrew Luck was placed in a difficult situation when first drafted by the Indianapolis Colts. However, the Stanford product has exceeded expectations, winning double digit games in his first three seasons, and leading the Colts to the AFC Championship Game last year.

Coming out of Stanford, Luck was given one of the highest grades long-time NFL draft analyst Mel Kiper Jr. had ever issued. Take a look at his stats through his first three seasons, as Luck has managed to live up to the hype:

The momentum from three strong seasons was supposed to carry over to this year, but Luck has struggled mightily. Through four games, Luck has already thrown seven interceptions versus eight touchdowns. In addition, he has missed two games due to injury for the first time in his career, as his tendency to hold the ball too long is suddenly catching up with him.

However, Luck has the perfect opportunity to get back on track this week with the Colts hosting the New Orleans Saints. Luck is listed as probable for the game, and seems primed for a huge fantasy day. The Saints’ secondary is nothing short of abysmal, and few people are better at building up a quarterback’s confidence than defensive coordinator Rob Ryan.

While Luck isn’t in the ‘elite’ tier of quarterbacks with Aaron Rodgers and Tom Brady yet, this will be the week he returns to the top of the fantasy football world.