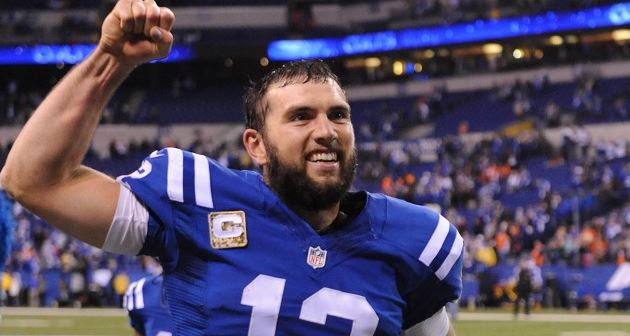 Despite a disappointing fourth season plagued by injuries, Andrew Luck and the Indianapolis Colts reached an agreement on Thursday to make him the highest paid player in the NFL. The deal is for $140 million over the next six seasons, with $87 million being fully guaranteed.

Compared to his peers, Luck essentially struck gold with this deal. The (now) second-highest paid signal caller in the league is Green Bay’s Aaron Rodgers, who signed a five-year, $110 million contract back in 2013. Luck’s deal easily surpasses that, and his $87 million in guaranteed money is also a new record. The previous high was $65 million, which was given to Eli Manning and Philip Rivers by their respective franchises.

Upon signing the record-breaking deal, Luck had this to say:

“I am thrilled and excited to continue with this great organization. I am thankful to the Irsay family and Mr. Irsay for providing me with this great opportunity and the trust that they’ve shown in me. I can’t wait for this season to start.”

The contract obviously serves as a strong vote of confidence from the Colts’ organization, who clearly believe Luck’s 2015 season was the exception instead of the norm. In Luck’s first three seasons (2012-2014), he never missed a start, and threw for 12,957 yards and 86 touchdowns. Last year was a completely different story though, as Luck only played in seven games, throwing for 1,881 yards and 15 touchdowns.

After missing the playoffs last season, Indianapolis will try to regain its stranglehold on the rapidly improving AFC South. Much of that will come down to Andrew Luck, who now has 140 million reasons to prove he is up to the challenge.