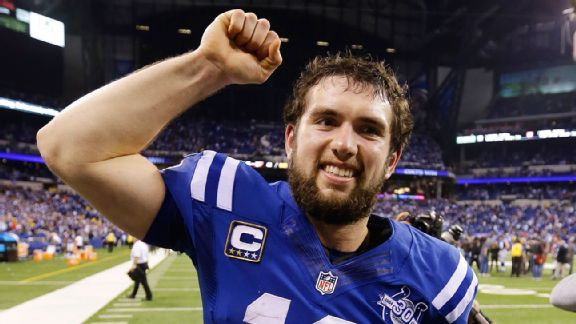 Following the Colts’ nail-biting 35-33 victory over the Tennessee Titans, there’s no one in the world more relieved than Indianapolis head coach Chuck Pagano. With the team starting the season 0-2, Pagano might not have been allowed back on the team plane had the Colts lost this game to their AFC South foe.

Due in large part to a fluky pick-six from Titans quarterback Marcus Mariota, the Colts found themselves with a 14-10 lead at halftime. After being shut-out in the first half of their first two games this season, Indianapolis appeared unfamiliar with holding a lead at halftime.

Andrew Luck did his best to erase this advantage by guiding the Colts to a three-and-out, a pick-six and an interception in their first three drives of the second half. Best of all, Luck heroically made the tackle/tripped Titans linebacker Zach Brown on the second interception return, giving the notion that he was actually still trying to win.

With the Colts appearing destined for an 0-3 start to the season, Indianapolis miraculously managed to right the ship. My guess is Pagano pulled Luck aside, begged for his franchise quarterback’s forgiveness after criticizing him last week, and gave an uplifting speech on how much this coaching job means to him.

From that point on, the Colts took control. Andrew Luck finally played like Andrew Luck, and the dynamic Colts offense we have been waiting to see for three weeks was on full display. Trailing 27-14 with seven minutes left, the Colts scored three touchdowns in just over four minutes courtesy of two Luck touchdown passes and one Frank Gore touchdown run.

Now at 1-2, the Colts find themselves tied atop the historically weak AFC South. They may not look like the AFC powerhouse many expected this season, but they did enough to allow Chuck Pagano to remain the head coach for at least one more week.