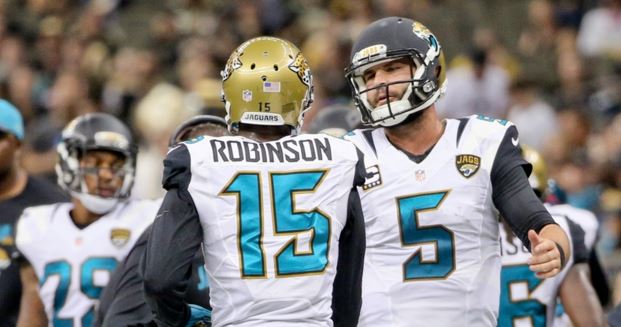 Jacksonville Jaguars wide receiver Allen Robinson had a breakout year this past season. Catching 80 passes for 1,400 yards and 14 touchdowns in his second season, Robinson has firmly established himself as one of the best young receivers in the league.

Despite his incredible success in the NFL this season though, Robinson apparently felt the need to celebrate the collegiate success he experienced at Penn State University. Robinson tweeted this photo of his new ink, which commemorates a catch he made against the University of Michigan in 2013: Now three years removed from that play, the timing by Robinson is bizarre to say the least. After such a successful 2015 campaign with the Jaguars, we can expect a commemorative tattoo of this past season in 2018.