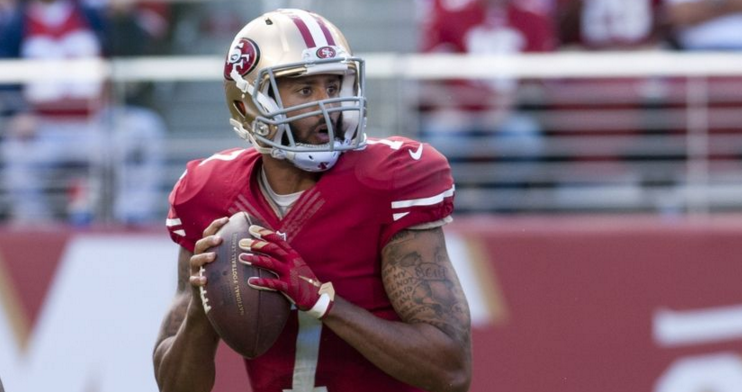 With the 2016 season officially underway, the quarterback position has been the No. 1 priority for just about every NFL franchise. That comes as good news for Colin Kaepernick – the beleaguered San Francisco 49ers quarterback who has asked management to be traded.

It also comes as good news for the 49ers, as the Denver Broncos, New York Jets and Cleveland Browns all contacted them about a possible trade for Kaepernick. And if it were up to Kaepernick to choose, rumors suggest he would surprisingly prefer to go to the Cleveland Browns.

It’s believed Kaepernick wants to work alongside Hue Jackson – the new Cleveland head coach who has long been a fan of the former Nevada star. In the 2011 Draft, Jackson was the coach of the Oakland Raiders and publicly said he tried to convince Raiders owner Al Davis (at the time) to move up in the draft and select Kaepernick.

Now, it appears there is a very strong chance that the two can finally unite. However, the Browns are faced with an interesting decision because they currently hold the No. 2 pick in the draft. It was widely expected that they would select either Carson Wentz or Jared Goff second overall as their future franchise quarterback, which would make a trade for Kaepernick unnecessary.

The Browns could of course have Wentz or Goff learn under Kaepernick, but at only 28 years old, Kaepernick is hoping to play for a franchise where he can start for the next 5-7 years. And with Denver trading for Mark Sanchez and the Jets in negotiations with Ryan Fitzpatrick and Robert Griffin III, Kaepernick’s options are suddenly disappearing by the second.

The last three quarterbacks the Browns drafted were Brady Quinn, Brandon Weeden and Johnny Manziel, so maybe trading for one instead will finally prove to be the right move.