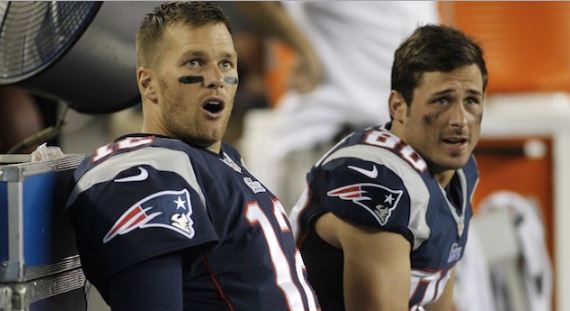 It’s no secret Tom Brady is as competitive as any athlete in sports history. His on-field tantrums, fiery celebrations and tendency to scream at teammates are well-documented, but his off-field behavior is a bit of a question mark.

With Brady making a concerted effort to stay out of the limelight, many have wondered whether his intense competitiveness extends to his everyday life. Well, for those who weren’t sure, Patriots receiver Danny Amendola managed to clear up the confusion during an interview with ESPN:

“It was my first week in the building and he wanted to play some ping pong. I didn’t really know how to go about it. I knew I was better than him, I didn’t want to beat him too bad because I wanted him to throw me the ball … I knew I was better. Needless to say, his competitive nature unleashed a broken paddle by the end of it. It’s the reason why we love him and the reason why he’s the best quarterback.”

Based on Amendola’s story, it’s pretty clear Brady doesn’t need a pigskin and pads to get the competitive juices flowing. Luckily for Amendola, the beat-down doesn’t seem to have damaged the quarterback-receiver relationship. During Amendola’s three-year tenure in New England, the Brady-Amendola connection has yielded 146 receptions, 1,481 yards, 6 touchdowns and 1 Lombardi Trophy.

That success should continue this season, unless Amendola jeopardizes it by challenging Brady to a game of billiards or badminton.