Week 7 of the NFL season kicks off with Alex Smith and the Kansas City Chiefs (5-1) going up against Derek Carr and the Oakland Raiders (2-4). The top-two teams from the AFC West last season are trending in completely opposite directions. KC just suffered their first loss of the year in a grueling 19-13 battle versus the Pittsburgh Steelers. Oakland has lost their last four games — being utterly atrocious on offense in the process. A win in this contest is crucial for both teams. The Chiefs could take a commanding lead in the division, while the Raiders could inject some life into their faltering season.

Head coach Andy Reid has done a masterful job with his team this year. In past seasons, the Chiefs were berated for their blandness on the offensive end. It was only three years ago when this team failed to have a single wide receiver convert on a touchdown. Those days are gone, as Smith is gunslinging more than ever with a current cast of dynamic playmakers.

Among the offensive talents is rookie Kareem Hunt. He’s been the best running back in the NFL through six weeks. After bursting onto the scene with a dominating performance over the Patriots in the season opener, Hunt has kept his foot on the gas pedal — totaling six touchdowns and 885 yards from scrimmage.

KC has also gotten quality outings from Pro Bowlers Travis Kelce and Tyreek Hill, as well as a few big plays from complementary players De’Anthony Thomas and Albert Wilson. This offense is as high-powered as it’s been during the Reid era, and Smith is playing the best ball of his career.

Over in Oakland, the Raiders have been struggling mightily since getting out to a 2-0 start. Four-straight losses have dampened any early season Super Bowl hopes. It didn’t help their cause when Carr exited with a back injury in a game against the Denver Broncos in Week 4. The Raiders would go on to lose that game, and the one after against the Ravens while Carr sat on the sideline.

It was a bit perplexing when Carr was cleared to return just two weeks after sustaining the brutal-looking injury. Even with Carr back in the fold, his presence wasn’t enough for Oakland to conquer the lowly Los Angeles Chargers in Week 6. It’s clear that Carr’s absence wasn’t the only thing wrong with this flawed team. Amari Cooper has been the biggest disappointment for any healthy player in the league. Marshawn Lynch has failed to get anything going on the ground. Additionally, the defense has yet to record an interception.

When putting together the respective narratives of these teams, it would be easy to predict Kansas City routing their division foe. It doesn’t always work like that in the NFL though — as division rivals often have a penchant for playing close games between each other.

The simplest way the Raiders come out of this game with a victory is by winning the time of possession battle. For this to come to fruition, it means they have to be better in third-down situations. Oakland has converted on just 30-percent of third-down attempts during this losing streak (including an 0-11 performance versus the Redskins). It hasn’t been much better on the other side either, as opponents are converting 51-percent of their third downs against the Raider defense.

This Raider team is all about grinding out their opponents, and utilizing the rushing attack to open up the short passing game. They haven’t been able to establish any resemblance of a run game, which has kept a flawed defense on the field for far too long. Stopping Hunt at the point of attack will be key to getting this team going. This scenario would afford Carr and the rest of that offense the time to impose their will.

For the Chiefs, they need to put last week behind them and continue with their game plan. Reid needs to get Hunt more than nine carries, and has to dial up some plays downfield for the explosive Hill. On defense, the Kansas City pass rush was stunted by the Steelers last week. Though the Chiefs entered the game with the second-most sacks in the league, Pittsburgh kept Ben Roethlisberger upright — allowing just one sack on the evening.

The Chiefs’ pass rush allows the playmakers on the back end (like Marcus Peters) to attack the ball more aggressively. Carr has been more prone to interceptions this year, and the Raiders offense isn’t exactly complex. If Justin Houston and the rest of the front seven can wreak some havoc in the backfield, this game could be over early.

The Raiders have home field advantage, but Carr has just one win in six attempts against the Cheifs in his career. Oakland will keep it close, and may even have a lead at some point in the second half. However, this Kansas City team is for real, and has big aspirations this year. 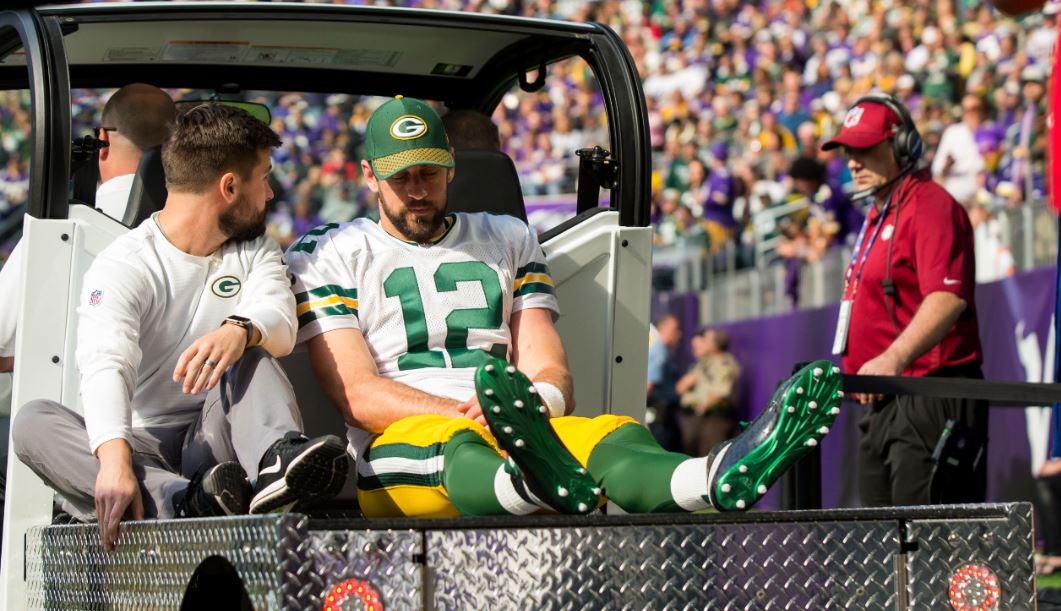