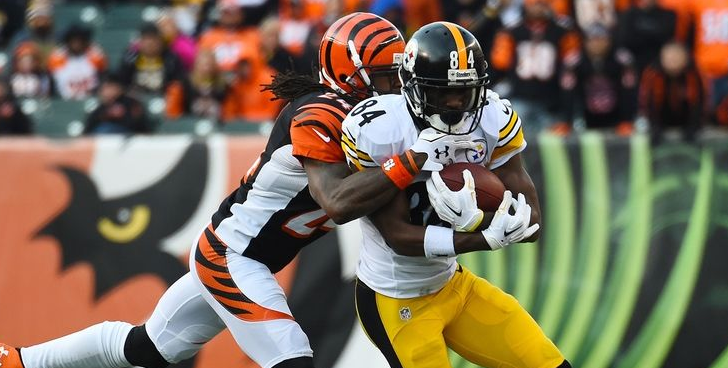 After the clock ran out in the Cincinnati Bengals’ meltdown against the Pittsburgh Steelers, the drama was far from over. Through all of the hysteria, the craziest remaining storyline was Adam Jones’ claim that wide receiver Antonio Brown was faking a concussion.

Following the brutal cheap shot from Vontaze Burfict, Brown laid on the field visibly shaken up. Jones told reporters Brown actually winked at him while laying on the ground, and that he would issue a public apology if Brown did in fact miss Pittsburgh’s game against the Denver Broncos.

With Brown officially being ruled out for this Sunday’s game, Jones was left to eat his own words. Jones posted on Instagram: “AB! My apologies, my brother. I’m a man of my word. I apologize sincerely. Get well.”

The past two times these teams have squared off has resulted in a total of $222,571 in fines, and this latest incident definitely won’t deescalate the rivalry.

The Steelers are entering their playoff game against the Broncos with the odds stacked against them. They are the first team in NFL history to be without their regular season leading rusher (DeAngelo Williams) and leading receiver (Brown) in a postseason game.

Pittsburgh will need to rely heavily on Martavis Bryant and Markus Wheaton to fill Brown’s massive void, which will be easier said than done against the stingy Denver secondary. If the Steelers manage to advance, Brown would likely return for the AFC Championship game.

Hopefully Brown isn’t waiting to return to the field after receiving an apology from Burfict though, because that one won’t be coming any time soon.