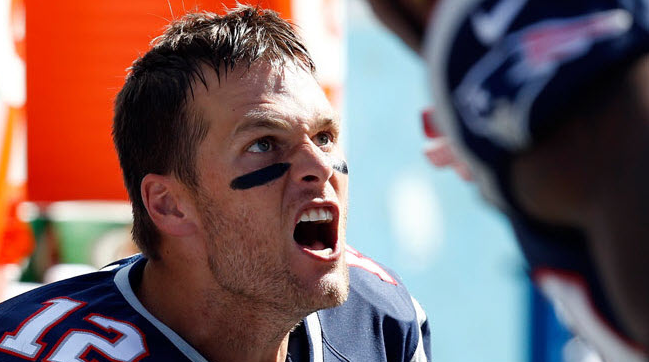 The NFL is down to one undefeated team.

With the New England Patriots up 21-7 in the fourth quarter against the Denver Broncos, I was feeling good about my Patriots prediction in my Week 12 picks. But thanks to Brock Osweiler, some questionable officiating and plenty of Tom Brady screaming, the Carolina Panthers remain as the lone unbeaten.

While it’s unlikely any of the Week 13 games this weekend can top Green Bay’s last-second victory over the Detroit Lions, there are still plenty of intriguing match-ups. Let’s dive in and take a look at the five best:

In a game with major playoff implications, the Seattle Seahawks (6-5) take on the NFC North-leading Minnesota Vikings (8-3). Both squads rely heavily on their stingy defenses, as this one promises to be low scoring. The Seahawks are coming off their best performance of the season, beating a strong Pittsburgh Steelers squad 39-30. The offense looked great, but now will be facing an entirely different animal in the Vikings this week. Minnesota will contain Thomas Rawls, protect the football, and ride Adrian Peterson to their fifth home victory in six tries. RELATED: Despite Age, Adrian Peterson Still The Best Running Back In Football

In a must-win game for both New York franchises, how can you not like the two-time Super Bowl MVP over Ryan Fitzpatrick? The Jets are coming off an impressive win over the Miami Dolphins, but this is the kind of game Eli Manning always figures out a way to win. With the Giants sitting at 5-6 but tied atop the NFC East, Manning and Odell Beckham Jr. will get a victory over the Darrelle Revis-less Jets. The New Orleans Saints already ended an undefeated team’s pursuit of perfection in Week 6 (Atlanta Falcons), and have the chance to do it to another NFC South foe. Coming off a 33-14 demolition of the Dallas Cowboys on Thanksgiving, the Carolina Panthers are clicking on all cylinders. Looking to stay perfect against the worst defense in the NFL, Cam Newton looks as if he will have his way against a porous Saints unit. However, New Orleans always plays tough at home, and can’t be happy with their current three-game losing streak. The Saints come out fired up, Drew Brees picks apart Luke Kuechly’s defense, and New Orleans eliminates any chance of a team finishing 19-0 this season. The Indianapolis Colts have yet to lose a game this season when led by Matt Hasselbeck, but that changes this week. The Steelers played well against an elite Seahawks defense, and should put on a similar show with Roethlisberger at the helm. Vontae Davis will shadow Antonio Brown, but the Steelers simply have too many other weapons for the Colts to contain. With both teams at 6-5 and on the fringe of an AFC Wild Card playoff berth, Pittsburgh will come away easily with a win. The Philadelphia Eagles have quit. Thanksgiving’s 45-14 loss to the Detroit Lions all but confirmed it, as the Eagles look completely uninterested in playing football. With Chip Kelly’s name being thrown around collegiate programs, Philadelphia appears to be in store for another offseason overhaul. Things certainly won’t get easier this week when they take on the New England Patriots. Tom Brady is pissed, the Patriots never lose two in a row, and all signs points to the Eagles facing New England’s wrath this week. Despite an awful receiving corps as a result of injuries, the Patriots win this one easily.
RELATED: Tom Brady Admits This After First Defeat