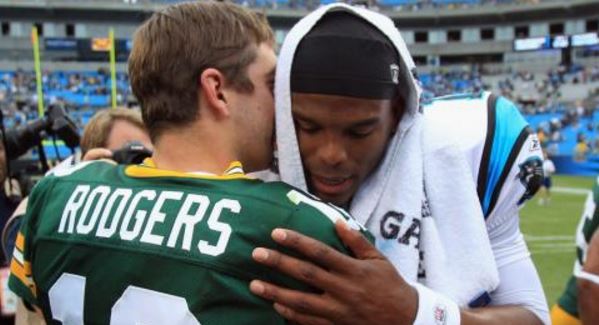 Each week, the NFL reminds you that whatever you think you know, you’re wrong. Shaun Hill, Blaine Gabbert and Landry Jones all managed to lead their teams to victory – a thought considered unimaginable heading into the week. Through all of the madness, let’s take a look at the five most important things we learned from Week 9 in the NFL.

1. The New England Patriots Are Not Immune To Injuries

Despite looking superhuman through their first eight games, the New England Patriots were dealt a devastating blow in their thrashing of the Washington Redskins. Running back Dion Lewis tore his left ACL, and will miss the rest of the season. The scat back played a crucial role in the passing game, and served as the perfect complement to the moving blob known as LeGarrette Blount. While New England always excels at making the necessary adjustments, it was a harsh reminder that every Super Bowl contender is a significant injury away from mediocrity.

2. Chuck Pagano Gets The Statement Win To Secure His Job… For Now

The Colts were in danger of dropping to 3-6, but pulled out a home victory over the Denver Broncos. Ending a three game losing streak and handing the Broncos their first loss of the season, the Colts saved their head coach’s job. It’s still too early to declare the Colts as title contenders at 4-5, but it had to be comforting for Indy fans to watch Andrew Luck only throw passes to his team this week. In a game where he could do whatever he wanted, Steelers wide receiver Antonio Brown simply didn’t feel like scoring touchdowns. Absolutely torching a horrendous Raiders secondary for 17 catches and 284 yards, Brown set a new NFL record for receiving yards in a game without scoring a touchdown. While it’s unclear why he kept finding a way to get tackled inside the five-yard line, my guess is that he had teammate DeAngelo Williams in his fantasy lineup this week. Blaine Gabbert led his NFL team to a victory, which is something that hasn’t been said since 2012 (literally). Defeating the Atlanta Falcons 17-16, Gabbert threw for 185 yards, two touchdowns and two interceptions. While 49ers fans were just happy to see anyone not named Colin Kaepernick manning the offense, the victory was more about their defense than Gabbert’s performance. If San Francisco fans truly believe Gabbert is what they need to return to prominence, they will soon be very disappointed.

5. As Soon As You Believe In The Saints, They Will Let You Down After three straight wins over the Atlanta Falcons, Indianapolis Colts and New York Giants, the Saints laid an egg against the Tennessee Titans. Playing in front of their home crowd and on the cusp of becoming serious playoff contenders, New Orleans gave up a 21-10 lead before losing in overtime. The running game was abysmal, Kai Forbath missed a potential game-winning 46-yard field goal, and the Saints now find themselves two games back of a playoff wild card spot. Based on the team’s horrendous defense, Brees will need to throw seven touchdowns every game if they are to sneak into the playoffs.