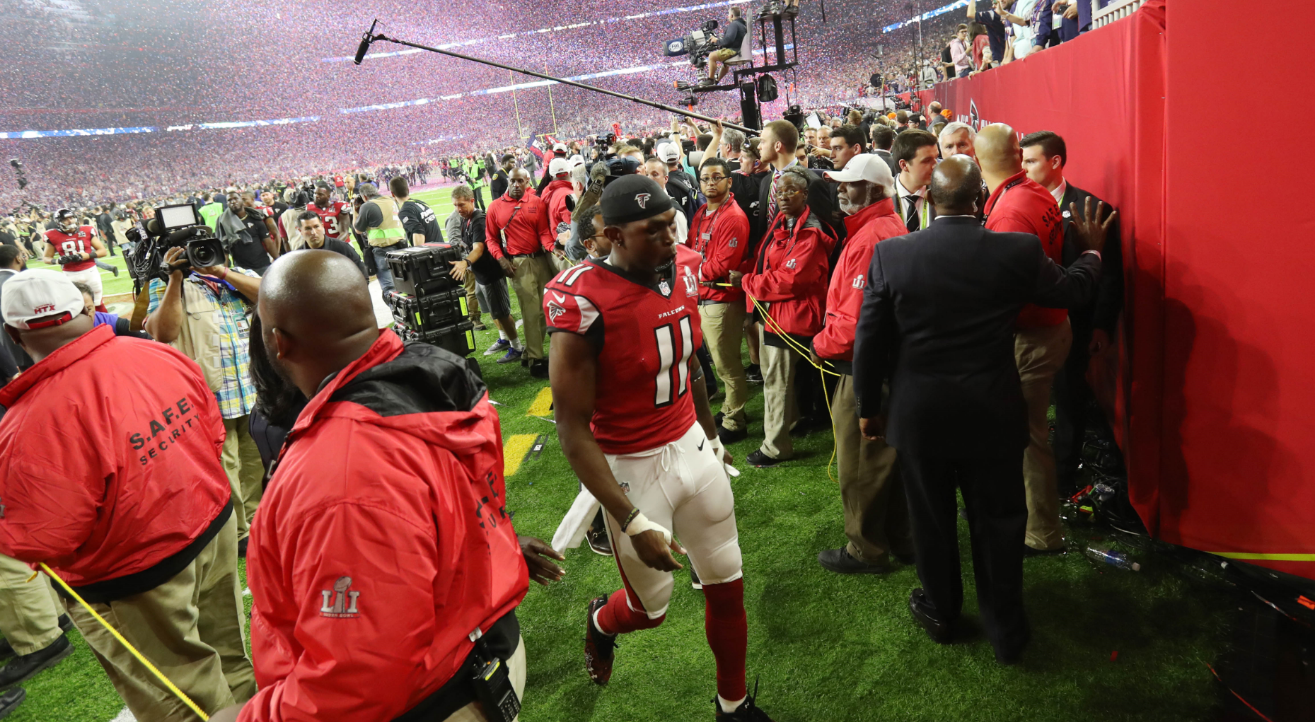 It wasn’t a 3-1 series lead like the Golden State Warriors and Cleveland Indians had, but just like those two franchises, the numbers 3 and 1 will torment the Atlanta Falcons and their fans for years to come. After the Falcons took a 28-3 lead midway through the third quarter and looked well on their way to the franchise’s first-ever Lombardi Trophy, New England rattled off 31 straight points to take home the victory in absolutely stunning fashion.

Trying to decipher where it all went wrong for Atlanta is a nearly impossible task. Whether it was lack of experience, playing to avoid losing the game (instead of simply trying to win), or divine intervention to make sure New England took home the trophy, it’s a loss that Matt Ryan and the Falcons may never recover from.

Devonta Freeman missed a block on Dont’a Hightower that led to a Matt Ryan fumble, Ryan took a sack to move the Falcons out of field goal position (when they could’ve made it a two-possession game with 3 minutes left) and Atlanta’s poor clock management all contributed to Atlanta crumbling, but it was the play calling that really left everyone befuddled. Offensive coordinator Kyle Shanahan has been revered all season for turning the Falcons into the most prolific offense in the league, but his complete abandonment of the running game proved costly.

Shanahan’s unwavering faith in Matt Ryan and the Falcons’ aerial attack ultimately left too much time on the clock for Brady. Then, Brady and Belichick simply did what they have done throughout their dominant run together: capitalize on their opponents’ mistakes.

After Atlanta was forced to punt with three minutes left, Brady marched his Patriots right down the field to tie the game at 28, and when overtime began, it felt like Atlanta had already lost. Eight plays into overtime, James White made it official with a 2-yard touchdown run to cap off the greatest comeback in Super Bowl history.

As the Super Bowl LI MVP, Brady avenged Deflategate, threw for a Super Bowl-record 466 passing yards, won his NFL-record fifth Lombardi Trophy and solidified himself as the greatest quarterback of all-time.

And he has the Atlanta Falcons to thank for it.