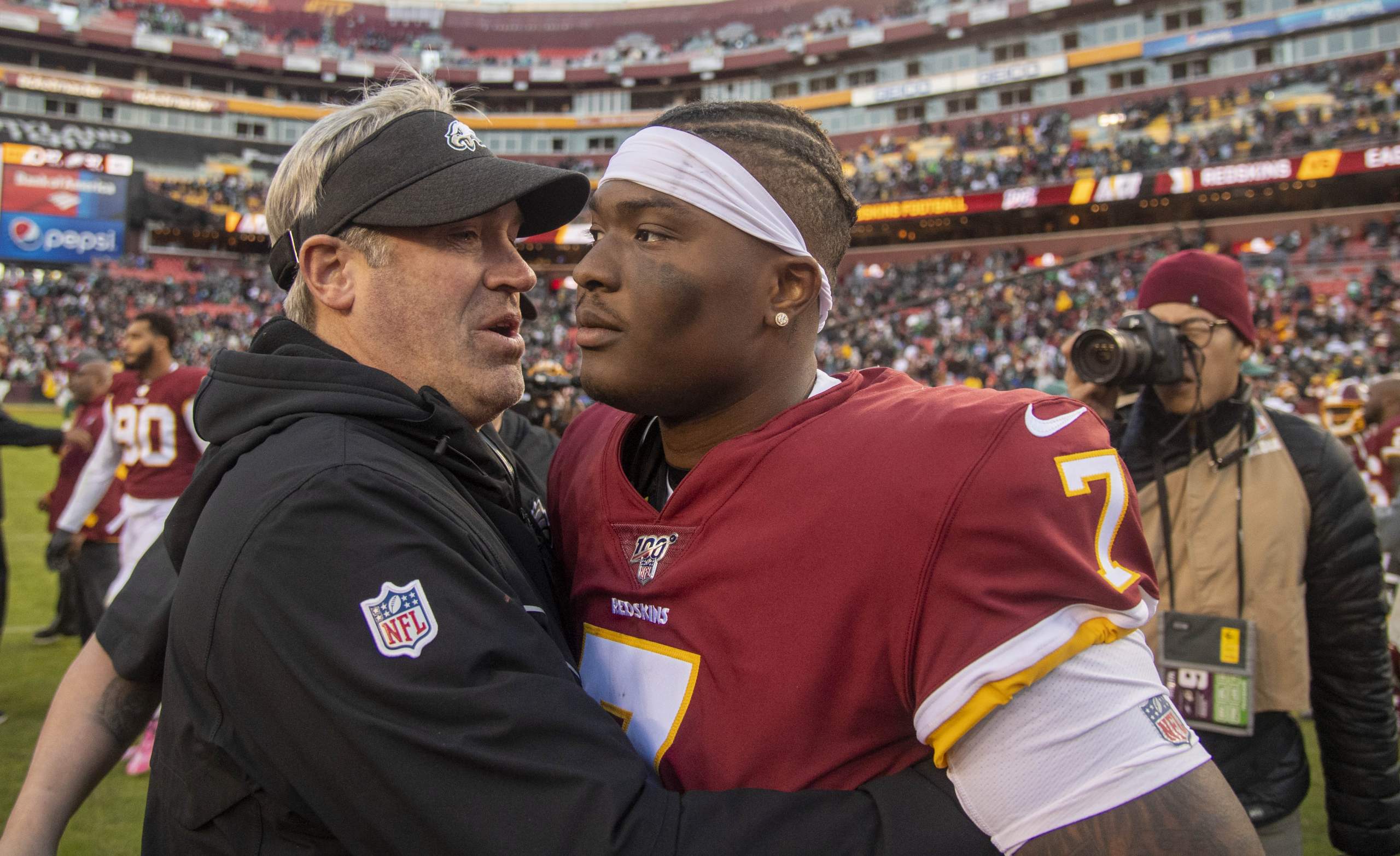 Haskins became the first Ohio State quarterback to be drafted in the first round since 1983 when the Baltimore Colts selected Art Schlichter with the fourth overall pick. In his last year as a Buckeye, Haskins led the nation in both passing yards and touchdowns, leading many to believe he was the best pure passer in his draft class. Following a shaky rookie year in which Haskins checked-in with a league-low 28.4 QBR, Haskins was benched just four games into the 2020 season in favor of journeyman reserve Kyle Allen. There are reports Washington would be willing to discuss a trade involving the 2019 first-rounder — just 13 games into Haskins’ career.