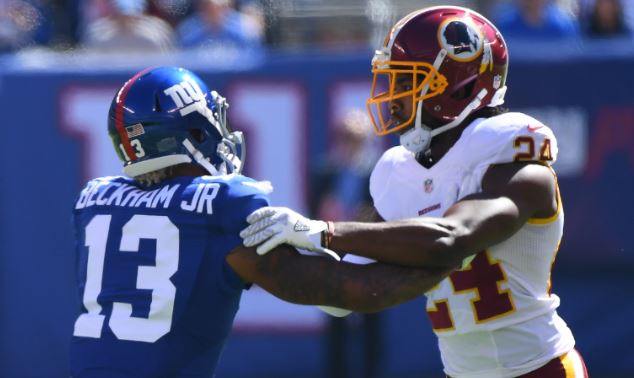 1. New England Is The Best Team In The NFL, And It Isn’t Close As Bill Belichick, what do you do when your rookie/third-string quarterback has to face J.J. Watt and the vaunted Texans defense on a short week? You hold the opposing team to 0 points and rely on an unstoppable rushing attack. Before the game, Hall of Famer Michael Irvin tweeted this: Following the 27-0 beat-down administered by the Patriots, it’s pretty hard to disagree with Irvin’s proposed change.

2. Carson Wentz Is The Real Deal The Rams are sad, the Browns are sad, and frankly, any team who didn’t trade up to select Carson Wentz has to be kicking themselves. After facing two below-average teams (Cleveland Browns, Chicago Bears), Wentz put on an absolute clinic against the Super Bowl contender Pittsburgh Steelers. Leading his Eagles to a 3-0 start with 769 yards, 5 touchdowns and 0 interceptions, Wentz is the early frontrunner for Offensive Rookie of the Year. On paper, you would think Odell Beckham’s 7-catch, 121-yard game would indicate he won the matchup against Washington’s prized free agency acquisition, Josh Norman. But think again. For the second consecutive time these two squared off, Beckham lost his mind on the field. While this game didn’t include cheap shots, Beckham’s distracting and irrational behavior on the sidelines played a key role in Washington securing the 29-27 victory. The two actually shook hands after the game seeming to squash any feud, but as of right now, Norman certainly has the upper hand. After an abysmal Monday Night Football game in Week 1, the Rams and 49ers continue to trend in opposite directions. Since the 28-0 beat-down by San Francisco, the Rams have gone 2-0, outscoring their opponents 46-35, while the 49ers have lost both games by a combined score of 83-45. In other words, their Week 16 rematch in Los Angeles will likely yield different results. Sitting as one of only two NFC teams who remain undefeated, the Minnesota Vikings have won all three games behind a dominant defense and a subpar offense. After shutting down the Green Bay Packers in their home opener last week, Minnesota responded with an even better performance against reigning MVP Cam Newton and the Panthers. The Vikings forced three Newton interceptions and have asserted themselves as one of the elite defenses in today’s NFL.

6. The Dolphins Stink, But The Browns Stink Worse As usual, the Browns managed to snatch defeat from the jaws of victory. Despite playing with rookie/third-string quarterback Cody Kessler, Cleveland was a Cody Parkey 46-yard field goal away from securing their first victory of the season. Instead, Parkey yanked it left, the Dolphins went on to win in overtime, and all remained right with the NFL. Through two weeks of the NFL season, no coaching seat was hotter than that of Rex Ryan’s. Following a humiliating performance at home against the New York Jets, the Bills responded in a big way with a resounding win over the Arizona Cardinals. Buffalo’s rushing attack was solid and the defense played well, but it was Cardinals quarterback Carson Palmer who Ryan should be most grateful for. The former USC Trojan threw an uncharacteristic 4 interceptions, and single-handedly ensured a Buffalo victory. Ryan has to hope whoever New England trots out at quarterback in their Week 4 matchup is just as accommodating. After months of countless people hopping on the Jacksonville bandwagon this offseason, it’s safe to say the hype was a bit premature. The Jaguars dropped to 0-3 after a third straight poor performance, with head coach Gus Bradley passing Rex Ryan for “most likely to be fired during the team’s bye week” honors. And unfortunately for Bradley, his team only has one more game before their Week 5 bye.

9. Terrelle Pryor Is Now The Coolest Player In The NFL When you can play quarterback, wide receiver and safety in a single game, even if it’s for the Cleveland Browns, you’re a straight up badass. In Cleveland’s disappointing 30-24 overtime loss to the Dolphins, Terrelle Pryor Sr. went 3-for-5 for 35 passing yards, ran for 21 yards and a touchdown, caught 8 passes for 144 yards and played free safety during the last play of the first half on a Miami Hail Mary. The Browns might not win a game this season, but at least they can say they have the most entertaining player in football on their roster. John Elway probably spends the majority of his time laughing at the rest of the league.