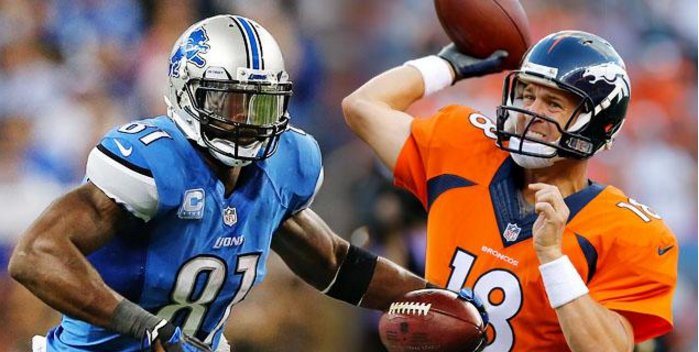 The day after Peyton Manning officially announced his retirement from the game of football, Detroit Lions wide receiver Calvin Johnson has chosen to do the same. The 30 year old is the franchise’s all-time leader in catches (731), yards (11,619), and touchdowns (83), and will be sorely missed on a team lacking talent.

Johnson was selected with the No. 2 pick by the Lions in 2007 and performed at a Hall of Fame-worthy level. The wideout set an NFL record with 1,964 receiving yards in a single season, and posted the second-most yards in an individual game (329).

But despite Johnson’s many on-field achievements, it rarely translated to team success. In his nine seasons, Johnson’s Lions only made the playoffs twice (2011 and 2014), and were eliminated in the NFC Wild Card round both times.

To the surprise of many, when the 2015 season ended, Johnson told the media that he may have played his last NFL game. It was unclear whether he was trying to be traded or if he really wanted to hang up his pads, but today, we received the answer.

Johnson released a statement saying, “After much prayer, thought and discussion with loved ones, I have made the difficult decision to retire from the Lions and pro football. I have played my last game of football. Let me assure you that this was not an easy or hasty decision. As I stated, I, along with those closest to me, have put a lot of time, deliberation and prayer into this decision and I truly am at peace with it. I also want you to know that I have the utmost respect and admiration for the game of football. It has provided so much for me and my family and I will be forever grateful to the game.”

Johnson’s premature retirement feels all too similar to the Lions’ last transcendent superstar, running back Barry Sanders. Detroit’s all-time leading rusher also stepped away from the game before many anticipated.

Sanders still went on to be inducted into the NFL’s Hall of Fame, and five years from now, it’s pretty safe to assume the same will be said of Calvin Johnson.