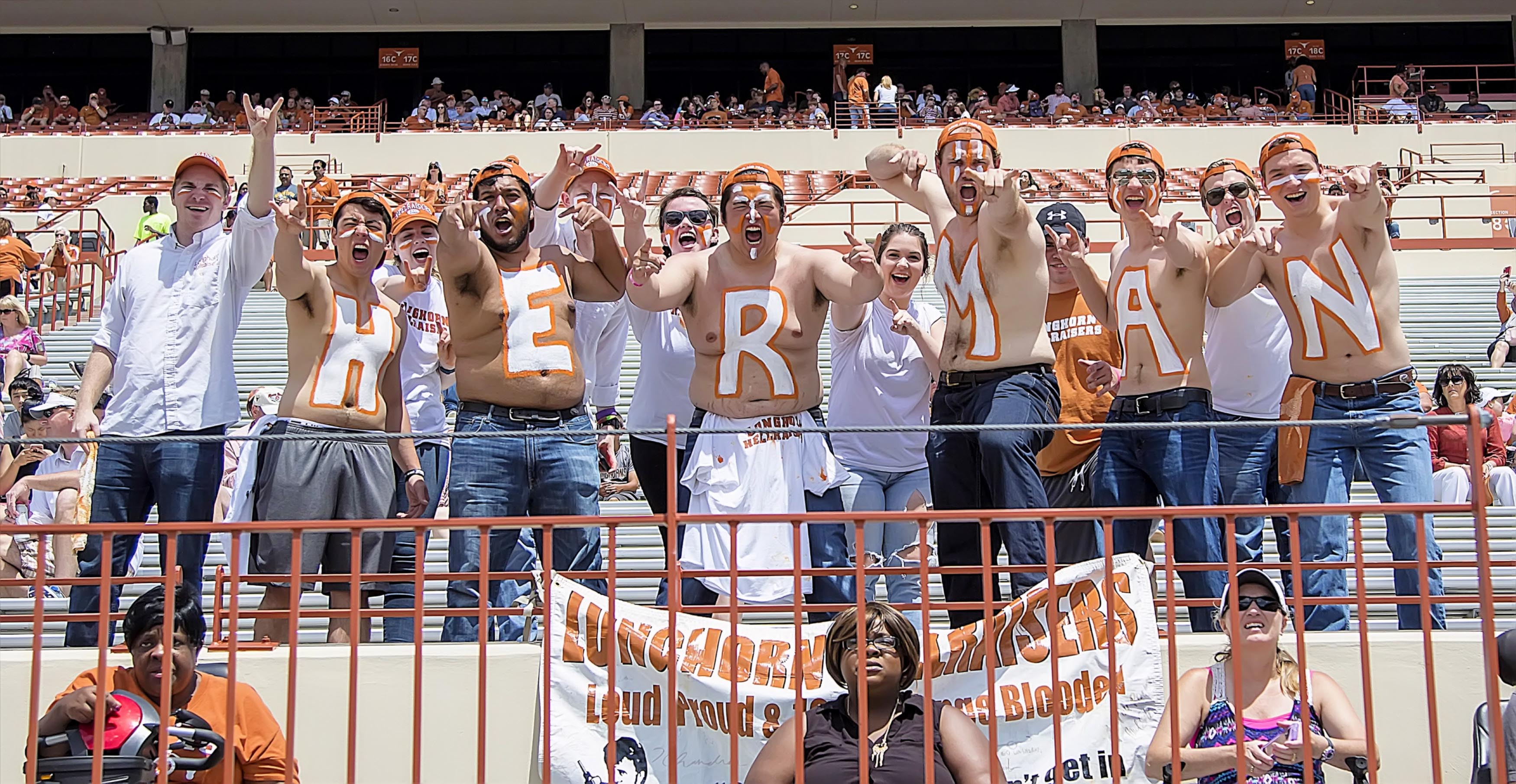 There are only a handful of true ‘blue-blood’ programs within the College Football realm. This list includes the likes of USC, Alabama, Ohio State, Michigan, Nebraska, Notre Dame, and Oklahoma.

Within this group, you also have Texas and Miami.

Each of these programs have cultivated rich histories — both as winning powerhouses and as developers of NFL talent. Throughout the course of its history, Texas has accrued four National Championships and 32 Conference Championships. Not to be outdone, Miami has won five National Titles and nine conference titles. As currently constituted, Miami has 52 former players on NFL rosters. There are 33 former Longhorns currently plying their trades within the highest level of the professional ranks. Through the annals of each program, we’ve seen exceptionally high-level players (Earl Campbell, Ricky Williams, Vince Young, Earl Thomas, Michael Irvin, Ed Reed, Jim Kelly, Warren Sapp) dominate both in college and in the NFL.

Utilizing a plethora of inherent advantages, Miami and Texas should be in National Championship contention on an annual basis. However, this simply hasn’t been the case in recent memory.

Since the Longhorns’ last National Championship appearance (2009), Texas has not broken the 10-win mark once. It also hasn’t won a conference title during this time period. After nine-straight years with at least 10 victories, head coach Mack Brown quickly saw the wheels fly off the proverbial wagon. He was replaced in 2014 by the up-and-coming Charlie Strong. The Strong-led Longhorns accrued three-straight losing seasons. As such, Strong was jettisoned in favor of Houston head coach Tom Herman.

As for the Hurricanes, the National Championship drought takes the program back to 2001. Miami hasn’t registered a season with at least 10 wins since 2003. The team has one bowl victory since 2006 — which took place this past year with Mark Richt at the helm. The program has been beset by a mishmash of scandal, mediocrity, and underachievement during the last 13 seasons.

There is a renewed sense of hope for both programs — as they’ve tabbed Herman and Richt to lead their squads into the future. Richt is a proven commodity in every sense of the term. During a lengthy 15-year stint at Georgia, Richt won 145 games — including six division titles, two conference titles, and 10 bowl victories. The Miami alum was a welcomed sight for a program in need of consistency. During his inaugural year in Coral Gables, the Hurricanes finished 9-4 — which included a victory in the Russell Athletic Bowl over West Virginia. Herman was arguably the hottest coaching name in the country a season ago. His big break came at Ohio State — where Herman gained considerable amounts of experience under Urban Meyer as the team’s offensive coordinator. He then left to take the head coaching job at Houston. Herman won 22 of a possible 26 games during this two-year period. This included a resounding victory over Florida State in the 2015 Peach Bowl.

Known as an innovative offensive mind, Texas tabbed the California native as its next head coach. He’ll begin his career in Austin this upcoming season.

The trajectories of these two entities appear to be trending upwards. There’s a certain level of pride residing in both institutions — particularly in regards to Texas. The fan bases expect to consistently win at the highest level. As we track back to the title of the piece, the question persists: Which program is closer to winning a National Championship?

In a word, Texas.

Texas operates with deep pockets. It heavily invests in all facets of the football program — including the coaching staff, support staff, facilities, and academic support systems. It’s as top-of-the-line as you can get. There’s also no shortage of talent within the state, as Texas is universally regarded as one of the most talent-rich regions in the entire country. Dating back to his time with Houston, Herman has built strong relationships with the high school network within the state. He’s also been known to be a very strong recruiter.

UT is the flagship university within the state. While Texas A&M, Baylor, and TCU have enjoyed mild success over the last few years, none of those programs can compete with Texas when they’re humming. Once Texas begins winning on a consistent basis, it will yet again enjoy the process of cherry-picking the best talent. Lastly, the rabid fan base colored in burnt orange and white is a sight to behold on game days. Miami is certainly no slouch, either. Florida is also chock-full of elite high school prospects. In fact, the actual city of Miami is arguably the most talent-laden area in the United States. However, unlike Texas, Miami has to battle the likes of Florida and Florida State for these stud recruits. In many ways, Miami has played third-fiddle behind the in-state rivals. Florida is widely known as the flagship school within the state. It holds a strong academic presence, and also competes in the country’s best conference.

Florida State might have the most cachet when comparing the three programs. Jameis Winston recently won the Heisman Trophy, and the Seminoles won the National Championship only a few years ago (2013). Couple this with the fact they’ve won at least 10 games in six of the last seven seasons, and there’s no question that FSU is the program in the state of Florida.

When compared to Texas, Miami also plays in a much tougher conference. The ACC features not only Florida State, but new power Clemson as well. UT traditionally has to compete against one other title contender (Oklahoma) — whereas Miami will have to play against two.

It will be fascinating to see how Richt and Herman navigate the future going forward. The potential is certainly there for Miami and Texas to climb back up the mountain and ultimately become a fixture within the CFB Playoffs. Nonetheless, it will take some time. 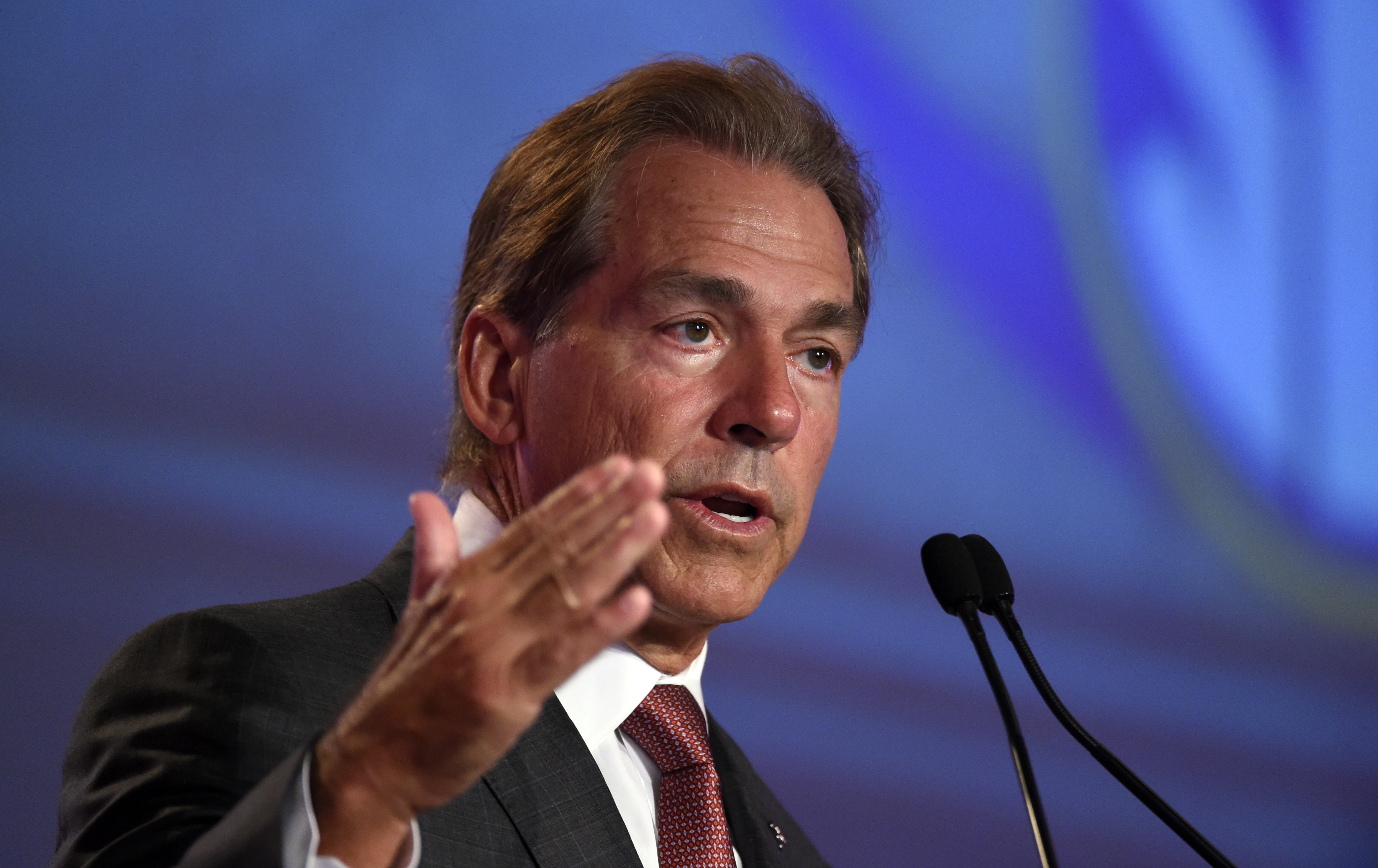