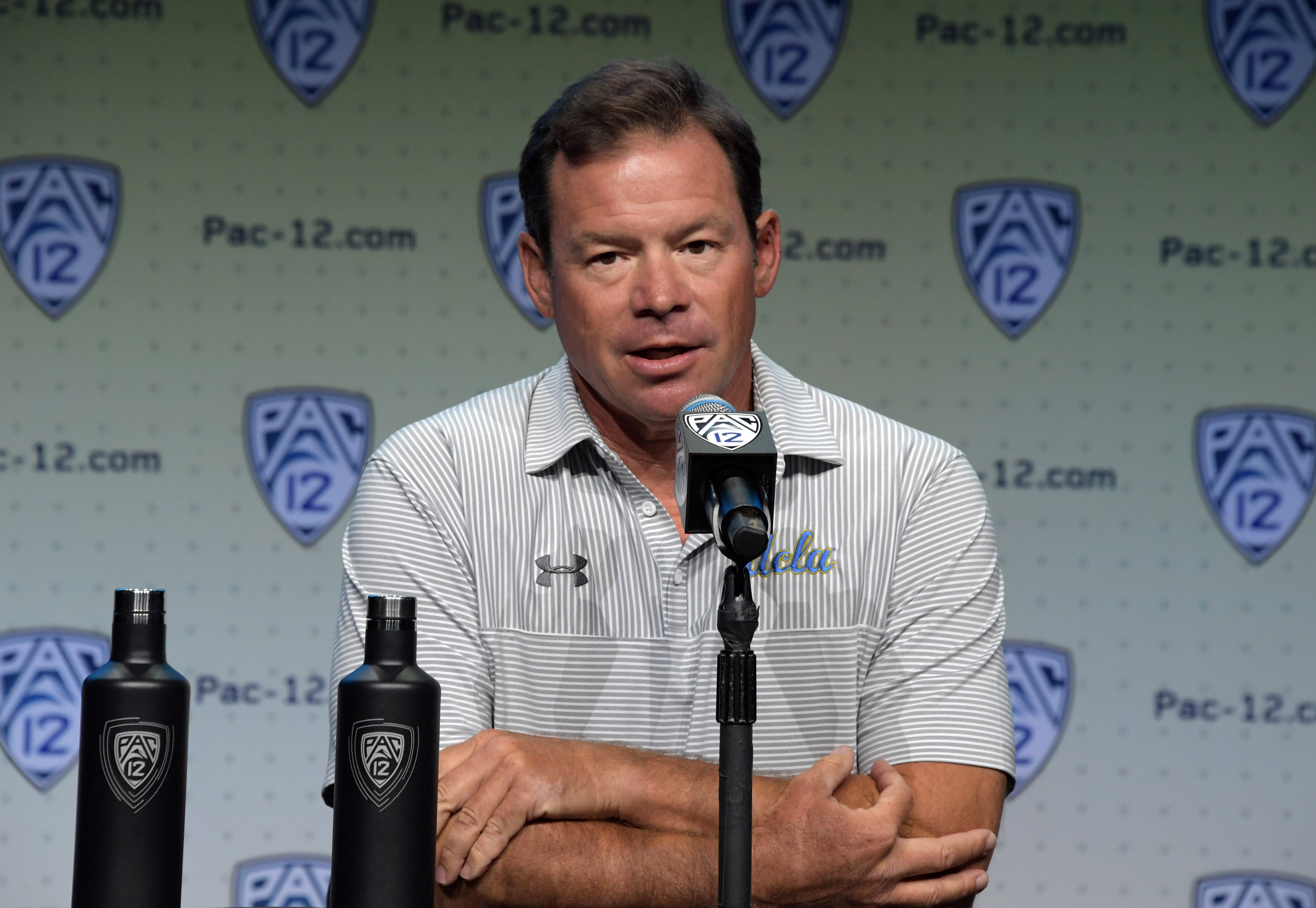 Perception and reality are two entities often interchangeable — and thus intertwined with one another. There are those operating under the assumption that surface level perception must be the true representation of an individual, or a specific situation. This isn’t always the case when one excavates beneath the initial layer.

Jim Mora has been the head coach of the UCLA Football program for the past five seasons. For those glimpsing into the program from afar, one would likely view his tenure as a positive one. Mora has a 41-24 overall record during this current stint, which includes two bowl victories and three-straight victories (2012-14) over crosstown rival USC. He’s also been instrumental in helping to lay the groundwork for The Wasserman Football Center — UCLA’s brand-new state-of-the-art facility.

Welcome to the new home of @UCLAFootball

There’s no denying Mora’s impact on the program. Once taking over, he instituted a culture of toughness. The traditional colors of ‘baby blue’ were replaced by black throughout the practice facility. The ‘over-the-wall‘ ditch day was completely eradicated. Mora even uprooted the team out of cushy Westwood for portions of fall camp– taking them instead to the barren and highly arid city of San Bernardino. All of these measures were done as a means to alter the culture surrounding the program.

The initial returns did pay off in a big way. During Mora’s first three seasons, UCLA had a combined record of 29-11. It was the most successful three-year period in program history. Not only did UCLA garner national recognition (and relevance) for the first time in nearly a decade, but it also became competitive with USC. The program had always been looked at as a sleeping giant of sorts. The city of Los Angeles offers plenty in the way of opportunity, and one would be hard-pressed to find a more picturesque combination of athletics, location, and academic prowess. Mora had the Bruins careening towards being a fixture within the conference for years to come.

However, this bit of momentum has all but disappeared.

UCLA has gone 12-13 over the past two seasons — including a combined conference record of 7-11. While Mora has fattened up on some of the conference’s poorer competition (Oregon State, Cal, Arizona), he’s failed to be competitive with the Pac-12’s top dogs.  Under Mora’s leadership, UCLA is 0-2 versus Oregon. Perhaps most distressing, the Bruins are 0-6 when playing Stanford. Mora has constantly lamented over the inability to beat David Shaw’s program — even when UCLA was a prohibitive favorite heading into a few of these contests.

The overarching issue also relates to USC. Despite beating the Trojans three-straight times, Mora failed to capitalize on the window in which USC was beset by scholarship restrictions. UCLA truly could’ve chipped away at the intrinsic divide between the football programs. This is largely based upon the perceived dichotomy of UCLA as the basketball school, and USC as the football school. Alas, the Trojans are ranked as a preseason Top-5 team in 2017, and QB Sam Darnold is widely considered a big-time Heisman Trophy candidate. The three wins look nice in the record books, but really had little to no impact on the actual rivalry between the schools (especially in recruiting).

There were also curious decisions when it came to assistant coaches. Mora opted to promote Jeff Ulbrich — a coach with no prior experience as a defensive coordinator on any level — to the post in 2014. He lasted one season before leaving to become a positions coach with the Atlanta Falcons. During this stint, the defense often looked unprepared, and failed to make the requisite adjustments at halftime. The most memorable (and bizarre) moment of the Ulbrich tenure involved a shouting match during a contest between himself and Mora.

At one point, Ulbrich offered to leave the sideline. Mora had to cajole the fiery personality — which then included a caressing of Ulbrich’s beard. This wasn’t exactly a professional moment.

UCLA decided to yet again promote from within for its offensive coordinator position. Once Noel Mazzone left for Texas A&M, Mora turned to Kennedy Polamalu to run the offense. While universally respected as a position coach and a recruiter, Polamalu — like Ulbrich — had no prior experience as a coordinator. In his first year as a play-caller, Polamalu attempted to implement a pro-style offense…despite having personnel geared towards a spread scheme. The returns weren’t good — as UCLA struggled immensely to sustain any bit of consistency. Polamalu’s offense was inflexible, and it caused the squad to be the second-worst rushing team in the entire country a season ago.

While Polamalu failed to utilize his personnel properly, his hiring ultimately sits on Mora’s shoulders. There was also a strange loyalty to offensive line coach Adrian Klemm. Though he was regarded by many as a great recruiter, he tailed off considerably in this category over the last two years. Klemm had also been suspended due to committing recruiting violations. The most disturbing trend in the Klemm era was just how bad the offensive line play was. The unit gave up 24 sacks in 2016, and truly failed to play at even an adequate level. Injuries did plague the unit tremendously, but Klemm’s inability to develop any semblance of depth led to Josh Rosen being a battered signal-caller.

Speaking of Rosen, it’s hard to believe UCLA has struggled this much with the star quarterback in tow. Noted by many as the best prep quarterback in his class, “The Rosen One” was supposed to elevate the program to even further heights. Remember at this point, UCLA was coming off a 10-3 season once Rosen took over the spot from Brett Hundley as a true freshman.

During his inaugural year, Rosen starred — throwing for 3,670 yards and 23 touchdowns. Media publications had fallen in love with the uber-talented individual. Rosen was featured on multiple magazine covers, was routinely doing interviews on television, and truly had the potential to become one of the sport’s most recognizable figures.

As a sophomore, Rosen quickly fell down to Earth. Due to shoddy offensive line protection, the gunslinger played in only six games last year before sitting out the rest of the season with a shoulder injury. UCLA then pivoted to a former walk-on at the position — which then speaks to the shallow depth at the quarterback position.

It’s very rare to have a talent of Rosen’s caliber at the quarterback position — let alone at UCLA. It’s not exactly a program chock-full of former quarterbacks currently in the NFL. As such, Mora needed to do everything in his power to allow for Rosen to reach his immense potential. This simply hasn’t been the case. With Rosen likely leaving after this year, there’s minimal time for Mora to right the proverbial ship in terms of putting Rosen in a position to succeed at the highest level.

In many ways, Mora’s machinated this current state of the program. The fan base got incredibly excited — and rightfully so — in the early portion of his tenure. The program’s trajectory appeared to be trending upwards. However, self-inflicted wounds within coaching hires, and a general sense of conservatism in terms of game management — has seen UCLA yet again fall back into a malaise of mediocrity. His somewhat prickly personality with the media also hasn’t helped matters much when gaining sympathy with local outlets.

While not quantifiable, conventional wisdom suggests that Mora’s extensive background in the NFL could have been detrimental. As we’ve seen in regards to the quarterback position and the offensive line, the depth has not been good enough. We could chock this up to poor development. However, it also could be attributed to laziness on the recruiting trails. There had been some rumblings in recent years — suggesting that Mora took a vacation during one significant offseason recruiting period. Recruits would visit the campus, only then realizing that the head football coach was unavailable. Can anyone envision Urban Meyer or Nick Saban employing this method? Again, it could be tracked to Mora’s history within the sport — where NFL coaches are not asked to essentially woo 17 and 18-year-old athletes via incessant attention and the use of social media.

There are some current reasons for optimism. For one, the new facility is simply fantastic. It demonstrates that the program is serious about competing at a high level. UCLA should see a general uptick in recruiting as a result. From all indications, the revamping of the staff (Jedd Fisch, Hank Fraley) should be an improvement over last year’s group. There’s also the hope that Rosen can collectively bring the team up from the middle of the pack, and perhaps at a level where it can compete with USC. Now a junior, the Rosen-led offense should be able to help win UCLA (at the very least) seven-to-eight victories.

Should Mora have another underwhelming season, the administration will have a very interesting choice to make. Aside from the inherent advantages offered by the university itself, the new facility should be able to drum up plenty of interest for the position (should Mora leave).

It figures to be a very fascinating upcoming year in Westwood. 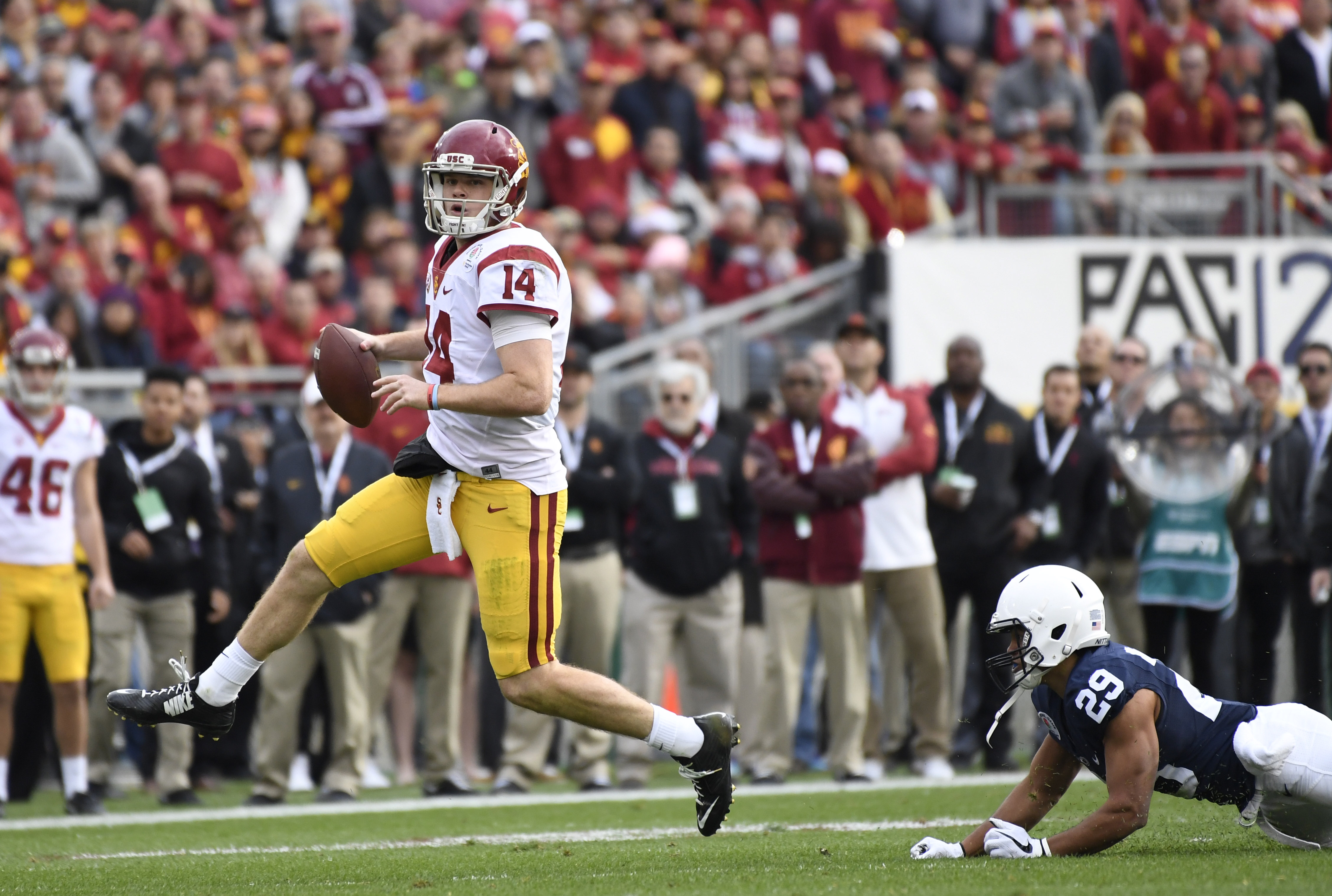