Let’s take a brief moment to appreciate Bielema for being a colorful, outspoken, and hilarious individual. He certainly isn’t afraid to ruffle feathers through the media — often taking shots at opposing programs and even coaches. From a success standpoint, much of Bielema’s productivity came during his time in Wisconsin. He compiled a 68-24 record during his time in Madison, including three-consecutive conference titles and seven-straight bowl appearances. He surprised many by making a leap away from ‘Badger Land’ in favor of a position in the treacherous SEC West with Arkansas. It hasn’t been easy for Bielema in Fayetteville — as he’s accrued a 25-26 overall record (including a 10-22 stance in conference play). With that said, the gregarious individual finds himself within the Top-30 largely based upon his ability to develop under-the-radar talent, particularly up front along both lines. Expect Arkansas to improve upon last year’s 7-6 standing. MacIntyre has a career record of 35-52. At first glance, this lack of winning doesn’t exactly lend itself to having the Colorado head coach inside of this piece. However, there’s more to the story on the surface level. The 52-year-old has proven the ability to rebuild programs at a very good rate. He inherited a San Jose State team which finished 2-10 the previous year. The Spartans finished 1-12 in his inaugural year. Two years later, SJSU finished 11-2 — which included a victory in the Military Bowl over Bowling Green. MacIntyre capitalized on this spectacular season — ultimately ending up in Boulder. He yet again took over a program in complete shambles. Colorado won 10 games throughout MacIntyre’s first three seasons. Last year, the Buffaloes won 10 games. They finished No. 17 nationally in the final AP Poll, and also came away with a Pac-12 South title. If he ever jumped to a program loaded with talent, look out. Much like MacIntyre, Fuente has proven to be a credible program-builder. Fuente’s bread-and-butter resides on the offensive side of the ball. He was integral in Andy Dalton’s development during his time as TCU’s OC/QB’s coach. At Memphis, Fuente won seven games during his first two seasons as the head coach. He then won 19 games the following two years. Much like he did for Dalton, Fuente developed Paxton Lynch into an eventual first-round draft choice. Fuente’s offensive scheme is both high-octane and incredible efficient. He loves to utilize his quarterbacks in the run game, and can be very versatile from a play-calling standpoint. During his inaugural season at Virginia Tech, the Hokies finished within the Top-40 in total offense. Virginia Tech also finished with a 10-4 record and a Coastal Division title. At only 40 years of age, Fuente is a rising star within the profession.

Prior to taking the Texas job, Herman was the hottest name within the profession. His resume holds considerable cachet — largely based upon his play-calling duties under Urban Meyer at Ohio State, as well as his achievement in turning Houston into somewhat of a power. A dynamic offensive mind, those in Austin are hoping Herman can return this illustrious program back into the championship picture. He has an eye-popping 22-4 career record as a head coach. Duly, he’s already been established as a fantastic recruiter. As he continues to gain experience at the highest level, his placement within this list will trend upwards exponentially. 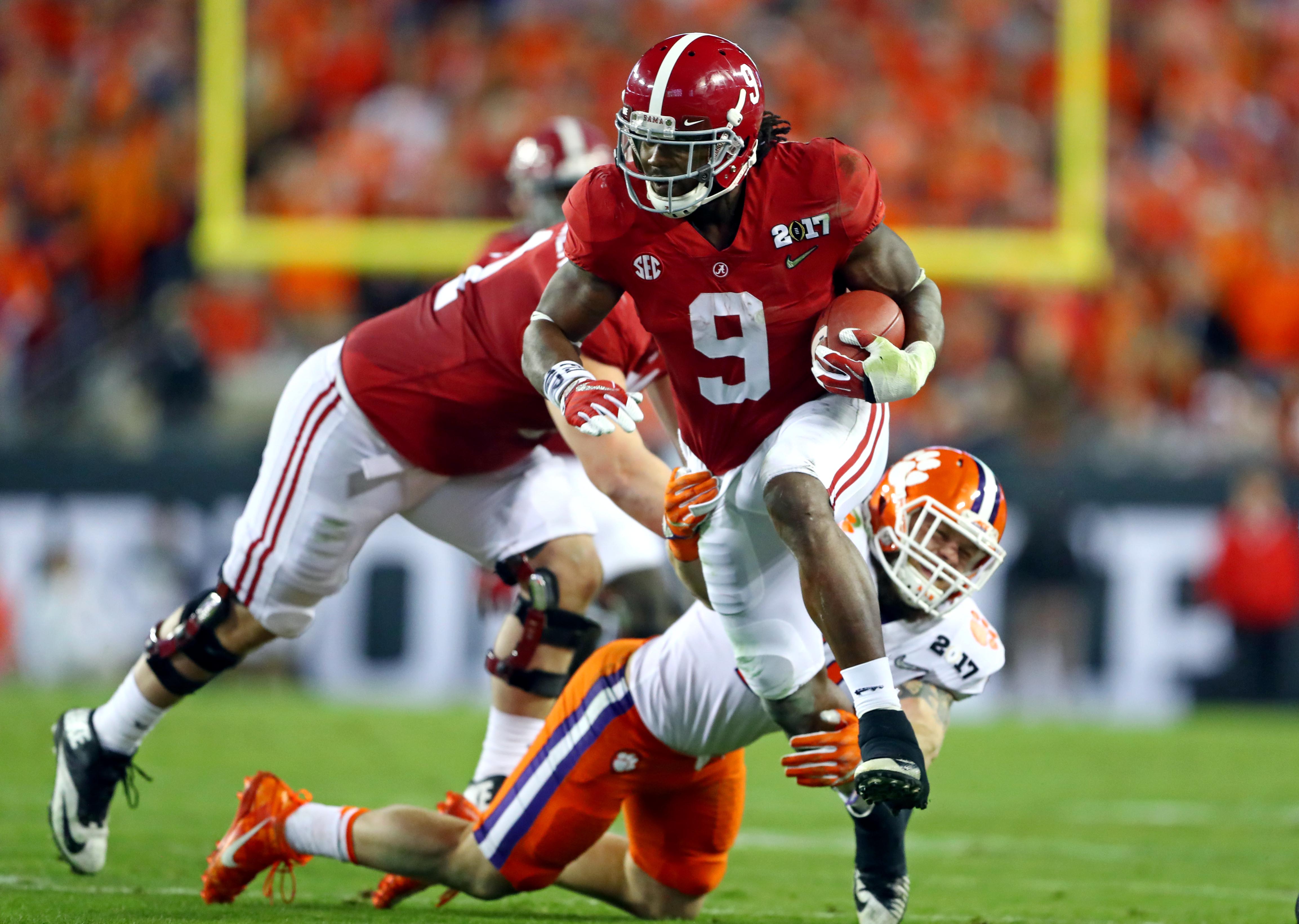 The Top 17 Heisman Trophy Candidates in 2017