While Tennessee is a bit down from where they’ve been in recent years, a matchup versus another notable Power 5 team still holds plenty of intrigue. Jeremy Pruitt will be in command for the first time as UT’s head coach. Many rocking the white and orange on Rocky Top are interested in seeing how the team will look in the post-Butch Jones era.

As for West Virginia, QB Will Grier is being pegged as one of the most talented signal-callers in program history. Though the team went 7-6 a year ago, there’s plenty of reason for optimism. The depth on both sides of the ball isn’t overly great. An injury or two could be detrimental to the Mountaineers’ chances at winning the conference. However, the starting 22 is arguably the most gifted group of players in the Dana Holgorsen era. Ultimately, West Virginia will be carried by the likes of Grier and stud receiver David Sills V.

This is a sneaky good game. SDSU is coming off a season in which it won 10 games. This included an early season victory over the Cardinal by a score of 20-17. Rocky Long employs an unorthodox 3-3-5 scheme. This attack-minded approach is geared towards employing exotic pressure packages. SDSU returns senior QB Christian Chapman and rising junior rusher Juwan Washington. It also has eight projected upperclassmen slated to start on defense (which includes five seniors).

Fortunately for Stanford, it had the luxury of facing SDSU’s funky defensive alignment last season. There’s hope K.J. Costello can make strides as more of an efficient downfield passer. However, the Cardinal hang their proverbial hat on the ability to run the football. Bryce Love — the nation’s top returning back — will be utilized early and often in this contest. This high-profile matchup pits two exceptionally athletic squads versus one another. It’s also one in which both LSU and Miami will be more advanced from a defensive standpoint. Don’t expect a boatload of points in this contest. With that said, this high profile non-conference tilt gives each team the opportunity to come away with a resume-boosting victory.

LSU will be breaking in Ohio State grad transfer signal-caller Joe Burrow. Burrow will also be operating in a new offensive scheme, as former OC Matt Canada recently had a messy departure from the school. The Tigers will also be looking to replace the likes of stud RB Derrius Guice. Fortunately for LSU, the defense is loaded at virtually every level. Greedy Williams in particular appears to be the next great LSU defensive back.

Miami returns seven starters from a defense which routinely disrupted opposing signal-callers. The biggest difference in this contest could be the experience the Hurricanes have on offense. Malik Rosier is back to lead what was an explosive offense a season ago. Duly, the running back position is absolutely loaded. Outside of Alabama, there might not be a better one-two punch in the backfield than Travis Homer and DeeJay Dallas.

Rarely do teams begin the regular season with a conference game. Though only the first game of the season, this contest between Virginia Tech and Florida State could have massive implications down the line in terms of conference positioning in the ACC.

This Labor Day showdown should be a very competitive game. For FSU, it marks the debut of new head coach Willie Taggart. Coming from Oregon, Taggart has been instrumental with a hands-on approach in Tallahassee. The ‘Gulf Coast’ offense features run-pass options, spread elements, and tempo. This is a reprieve somewhat from Jimbo Fisher’s pro-style attack. FSU has athletes all over the field. The best one of the bunch might be highly-routed running back Cam Akers.

On the other side, the Hokies possess one of the nation’s most underrated signal-callers in Justin Jackson. As a first-year starter, Jackson combined for 26 touchdowns and nearly 3,500 yards of total offense. He’s a dynamic player with the ability to hurt FSU both through the air and on the ground.

This game really could go either way. FSU is installing brand new schemes on both sides of the ball, and Virginia Tech is tasked with mitigating a talent/speed advantage enjoyed by the Seminoles.

The rivalry between Michigan and Notre Dame is terrific. It’s always a fun time when these two storied programs square off versus one another. This game will go a long way in determining how good each of these teams are.

Notre Dame won 10 games last season — and should be in the mix for similar success this campaign. Brandon Wimbush returns to man the quarterback spot. While talented, his play can be a bit erratic at times. The offensive line loses two top-10 picks from this year’s draft (Mike McGlinchey, Quenton Nelson). However, there’s still plenty of offensive line depth returning to South Bend. Additionally, standout defenders Daelin Hayes, Jerry Tillery, Te’von Coney, and Drue Tranquill are all back. Corners Julian Love and Shaun Crawford help to make up an impressive secondary.

As for Michigan, the Shea Patterson hype train is in full force. His immediate eligibility vaults Michigan into contention for both a conference title and a College Football Playoff appearance. There’s talent littered all throughout both sides of the ball. Namely, defensive lineman Rashan Gary and wide receiver Tarik Black both have the chance to be stars.

If Patterson can prove to be the dynamic force we all believe him to be, a win in this game could act as a springboard for Michigan. This contest is the game of the opening weekend. Without question, the potential title hopes of both Washington and Auburn hang in the balance.

Washington needs to secure a signature non-conference win. We don’t know how good the Pac-12 will be this year. But if the last few years are any indication, the Pac-12 Champ may be left out of the playoff mix without fully running the table. A win versus Auburn would go a long way towards solidifying Washington’s case for a spot in the final four.

Auburn is in a little bit of a different situation. One loss in conference play likely won’t prevent the Tigers from making the College Football Playoff. A defeat is likely to be expected at some point considering the tough road within SEC West play. This is why losing to Washington would make things difficult for a potential title run. A win versus the Huskies would be quite a nice feather in the cap of head coach Gus Malzahn.

Both teams feature veteran quarterbacks and impressive depth on both sides of the ball. This game may come down to special teams and overall tactical preparation. In such a contest, Washington may have the slight edge. Malzahn’s funky, unconventional offense will be more than accounted for by Chris Petersen and his impressive staff. 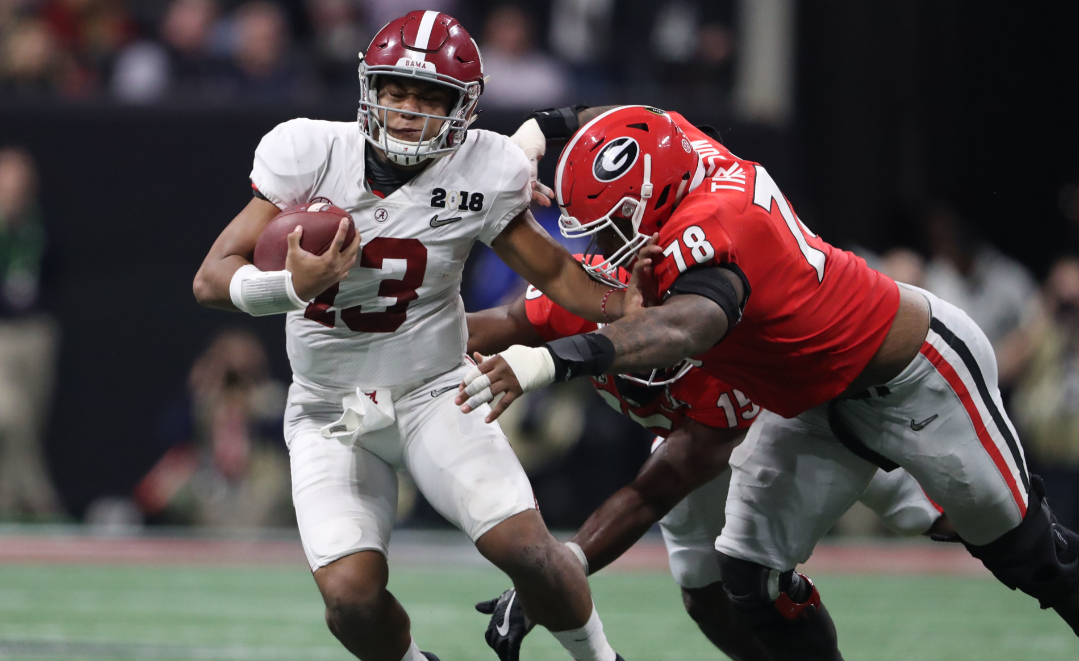