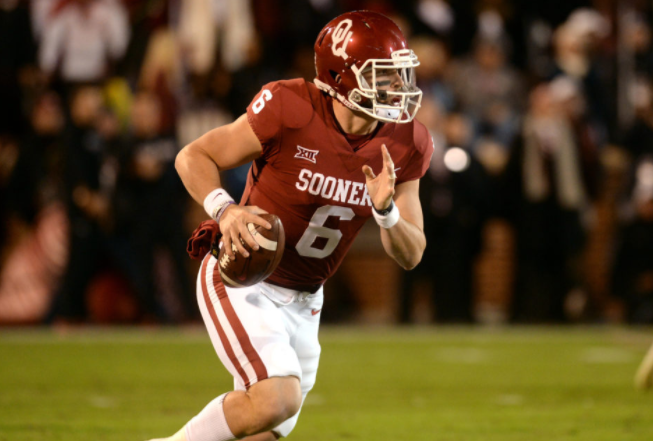 This week’s edition of the College Football slate has a plethora of compelling and rather significant games. As we get closer and closer to postseason play, the impetus surrounding contests from here on out will only ramp up.

As such, we ranked the seven-best games from this weekend’s docket: Ohio State has a sizable advantage across the board at virtually every position. This is particularly apt when collectively comparing overall athletic ability and speed between both programs. Since being soundly beaten by Oklahoma in Week 2, the Buckeyes have reeled off six-straight victories — including the improbable come-from-behind one-point win over Penn State last week.

With all of that said…this is the perfect trap game. This year’s 5-3 Iowa squad is akin to virtually every team Kirk Ferentz has ever had. While not overly flashy, the team is hard-nosed, well-coached, and exceptionally prideful. The Hawkeyes have a penchant for playing ranked opponents extremely tough at home. Coupled with a potential emotional hangover from last week’s thrilling victory over Penn State, there’s no question Ohio State should be on upset alert.

Penn State suffered a potentially catastrophic loss to Ohio State last weekend. Though there’s still plenty of football left to be played, it may have knocked them out of a Playoff spot — considering that it appears Alabama, Georgia, Clemson, and Notre Dame have inside tracks to garner placement within the final four.

James Franklin’s team will have to bounce back in a hurry — as it goes on the road in a hostile environment to play a stingy Michigan State squad. The Spartans gave up 39 points last week in a loss to Northwestern. This is highly uncharacteristic of a Mark Dantonio team. As a result, one can expect the scheme and effectiveness defensively to improve for this contest.

If Penn State wants to represent the Big Ten in the College Football Playoff, it must win this game. Traditionally, this slobberknocker of a match-up would pit the two-best programs within the SEC West. While Alabama is squarely in the driver’s seat for yet another SEC West crown, LSU is trying to find itself under new head coach Ed Orgeron.

The Tigers have won three in a row — largely leaning on their impressive two-pronged rushing attack of Derrius Guice and Darrel Williams. However, LSU will be going up against a defense ranked No. 1 in the country against the run. Alabama relinquishes only 66.4 yards per game on the ground, and holds opponents to a paltry 2.31 yards-per-carry average.

The prospect of Danny Etling tasked with beating Alabama seems highly unlikely. Regardless, this is a rivalry game — and the atmosphere should be electric.

The Los Angeles native has rushed for an eye-popping 926 yards and eight touchdowns in only six games. For those keeping track at home, he’s running to the tune of a 13.4 yards-per-carry average. Arizona was projected to finish at the very bottom of the Pac-12 when heading into this season. As it currently stands, the 6-2 Wildcats are squarely in the mix to win the Pac-12 South.

Despite Sam Darnold’s less-than-stellar play thus far, USC is sitting a half-game up on Arizona in the South Division. This game figures to be hotly contested — particularly since Darnold and Tate are two of the best signal-callers in the conference. Tate will be highly motivated playing in front of friends and family. The biggest question will be whether USC’s beat-up defense can neutralize one of the most explosive athletes in the country. The battle of the Carolinas will pit top-dog Clemson up against the surprising North Carolina State Wolfpack. This is NC State’s best team in years — largely due to an exceptional defensive front led by Bradley Chubb. Through only eight games, Chubb has accrued 7.5 sacks and 17 tackles-for-loss. North Carolina State currently is in first place in the ACC Atlantic Division ahead of Clemson. A win here would give them a two-game lead over the Tigers with three conference games remaining.

After losing at Syracuse in shocking fashion, Clemson bounced back last weekend — defeating Georgia Tech by two scores. Kelly Bryant combined for over 270 yards of offense and two touchdowns in the victory. In this game, expect Clemson to try and disrupt the rhythm of NC State’s talented signal-caller Ryan Finley. Similar to Penn State, this is a must-win game for Clemson if it’s to return to the four-team College Football Playoff.

Though Miami enters this game with a perfect 7-0 record, many aren’t completely sold on the Hurricanes. Mark Richt’s team has won its last four games by an average of less than five points per game. None of the contests were against ranked opponents (Florida State, Georgia Tech, Syracuse, North Carolina). Credit should be given for the victories, though Miami has looked far from convincing.

Its first real test will come this weekend — as the explosive Hokies come to town. Head coach Justin Fuente is an inventive and creative play-caller. Signal-caller Josh Jackson has been highly efficient, possessing a touchdown-to-interception ratio of 17:4. He’s also completing passes at a 62.3-percent clip.

This game will tell us a lot about how good Miami truly is. It’ll also help in deciding the winner of the ACC Coastal Division. A win by the Hokies would give them the inside track at appearing in the conference game (assuming they win out). If you’re looking for a game with an explosion of offensive fireworks, this is it.

The Bedlam Series dates back to 1904 — when Oklahoma defeated Oklahoma A&M (now OSU) by a score of 75-0. Suffice it to say, but virtually every single household in the state of Oklahoma has an allegiance towards one of the schools. In this year’s edition, both in-state rivals are currently in a four-way tie for first place in the Big 12.

Oklahoma State ranks No. 3 nationally in total offense. Led by quarterback Mason Rudolph and a bevy of elite receivers, the Pokes put up 569.3 yards of offense per contest. Not to be outdone, OU is No. 1 in the country — registering 586.1 yards a game. As such, one can truly see a situation where the first team to 40 could win. When factoring in the vast rivalry between the schools, and the talent each team possesses, this is unquestionably the best match-up on the College Football schedule this weekend. 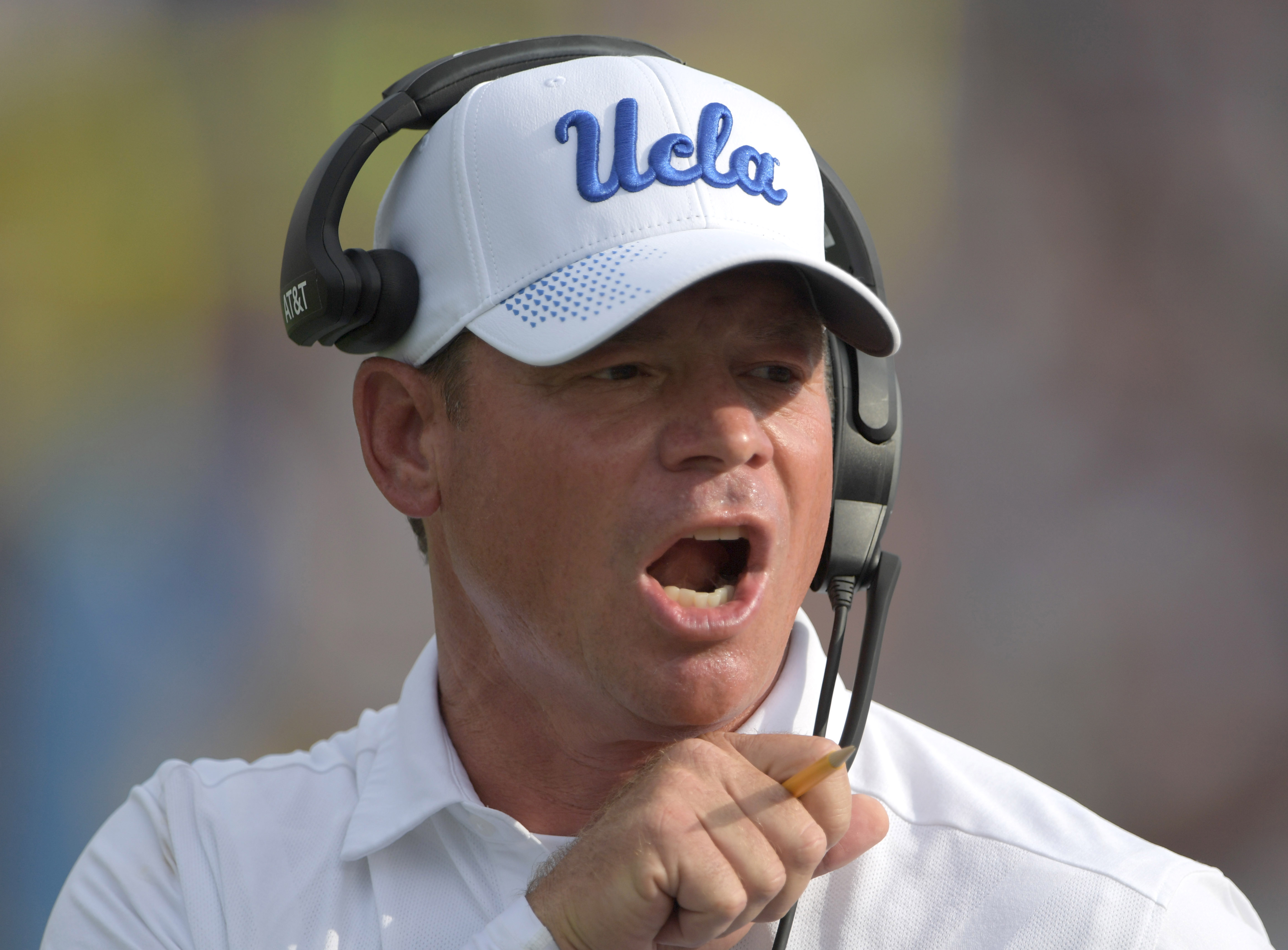