Pumphrey isn’t nearly as revered as many of the men above him on this list — but he should be. Pumphrey finished his San Diego State career as the all-time leader in rushing yards in NCAA Division 1 FBS history. The Aztec great rushed for 6,405 yards and 62 touchdowns — excluding bowl games — surpassing Ron Dayne’s previous record by eight yards. Playing for San Diego State limited his national exposure, but Pumphrey’s accomplishments shouldn’t be diminished. His first two seasons in Madison were rather uneventful — 82 total carries — but Gordon made the most out of his sophomore year. Gordon averaged 10 yards per carry for the Badgers and set the tone for the rest of his career. Seeing his first action as the featured back, Gordon rushed for 1,609 yards and 12 touchdowns.

As a senior, Gordon fully cemented himself as one of the best backs in the nation. The senior finished second in the 2014 Heisman Trophy voting, losing to runaway winner Marcus Mariota. Gordon finished his senior season with 2,587 yards and an incredible 29 touchdowns. 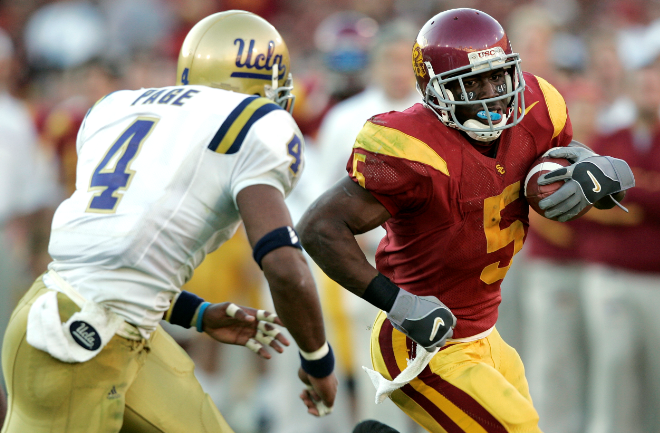