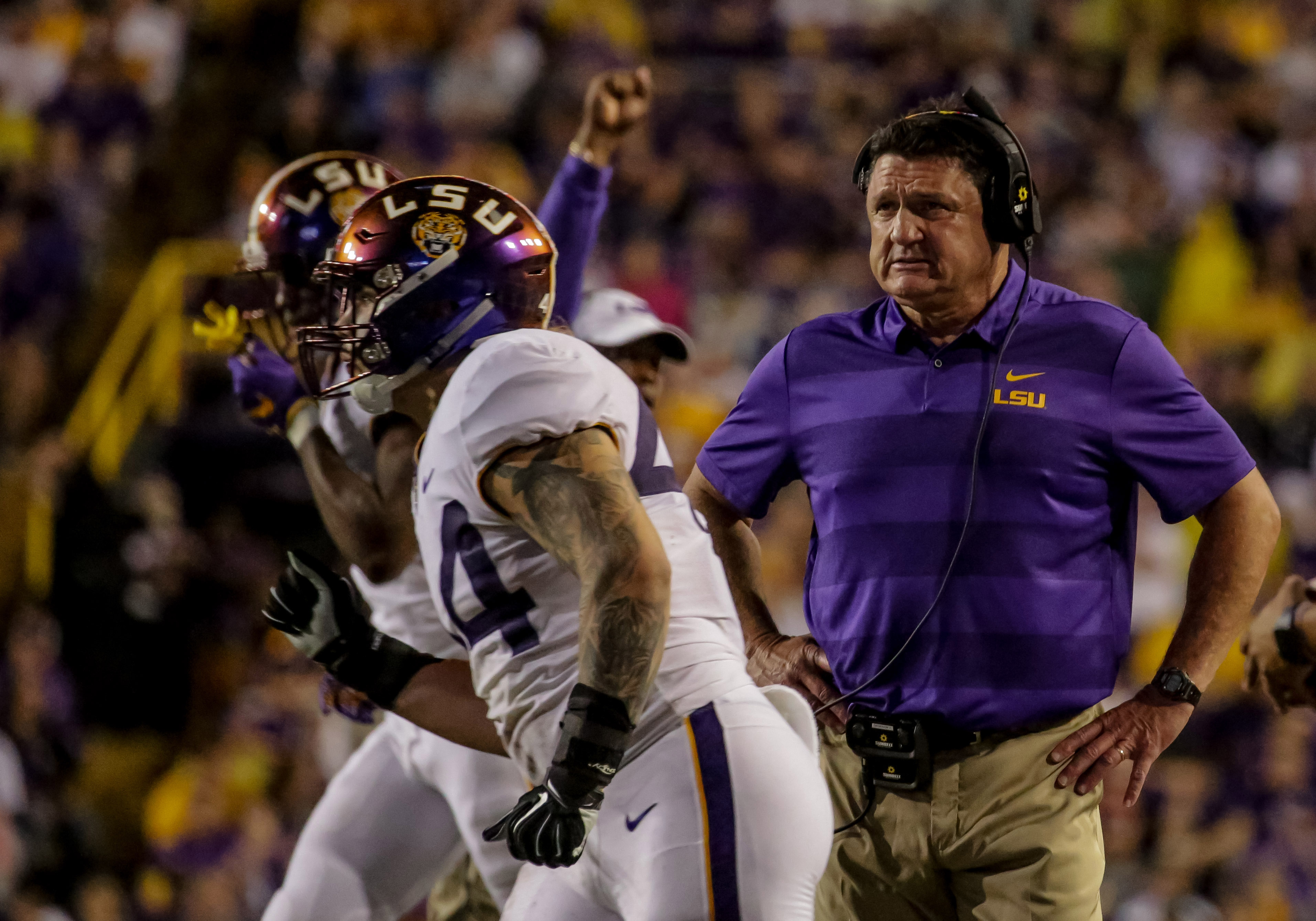 NC State’s undefeated season came to a screeching halt in Death Valley. The Wolfpack entered the game with aspirations of winning the ACC. Now, after a 35-point drubbing, the Wolfpack must avoid the pitfalls of a devastating loss.

The Aztecs like to stress out their fans. After narrowly beating San Jose State, SDSU has won its last five games by a combined 23 points. Their meeting with Fresno State down the road will likely determine who advances to the Mountain West Championship.

Stanford found its way back into the rankings following its gritty win in Tempe. The Cardinal still control their destiny in the Pac-12 North. With wins over the Washington schools in the next two weeks, the Cardinal could separate themselves from the field.

The Badgers defense dominated Lovie Smith’s Fighting Illini by creating five turnovers en route to a 29-point victory. The Badgers can take a huge step towards winning the Big Ten West by knocking off Northwestern this weekend. At 3-1 in conference play, Wisconsin trails Northwestern by a half-game.

While a 13-point win doesn’t seem overly dominant, the Utes manhandled Southern Cal Saturday night. Utah takes on UCLA Friday night. It might not be a cakewalk — especially because Pac-12 teams have tended to struggle when going on the road for a Friday night affair. The Utes appear to be the class of the South, and a win over UCLA would solidify that sentiment.

The Bulls are flirting with disaster. Two wholly unimpressive victories over Tulsa and UConn have left the Bulls looking vulnerable heading into their showdown with Houston. The Bulls might have to score 50+ points if they want to leave Houston with a victory. The Aggies bye week couldn’t have come at a much better time. With tough road games against Mississippi State and Auburn on the docket, Jimbo Fisher has had plenty of time to prepare his men to make a statement. Beating up on teams below them in the standings will benefit the Aggies in the long run.

Penn State barely avoided losing their third-straight contest. The Nittany Lions welcome a red-hot Iowa squad to Happy Valley this weekend. With games against Michigan and Wisconsin to follow, Penn State’s season hangs in the balance over the next three weeks.

Oregon spotted Washington State a 27-0 lead at the half before storming back to within a score. Ultimately, the Ducks fell short in their comeback bid. The Ducks’ next two games come against Pac-12 bottom-feeders (Arizona and UCLA) before taking on a formidable opponent in Utah.

The Hawkeyes may be the hottest team in America. Following their loss to Wisconsin, Iowa has dominated their past three opponents. They will need help to win the Big Ten West outright. With that said, Iowa is a team that nobody wants to play right now.

The Wildcats can thank Benny Snell Jr. and their tremendous defense for their sixth victory. Snell rushed for 169 yards and the game-winning touchdown last week versus Vanderbilt. A sneaky-tough game at Mizzou comes this weekend.

What a week for the Cougars. First, they hosted one of the more raucous College GameDay experiences of all-time. Next, they blitzed Oregon and took a 27-0 lead into the half. The Cougars will look to knock off another Pac-12 power as they travel to Palo Alto to face Stanford.

The Mountaineers have had two weeks to think about their loss at Iowa State. Baylor should prepare for an onslaught in Morgantown this weekend. Should they come out on top, the Mountaineers will travel to Austin with the Big 12 title on their minds.

The Buckeyes went from looking dominant through seven games, to getting absolutely dominated in Week 8. Purdue thoroughly outplayed Ohio State the entire evening. Once again, Urban Meyer had no answers for a troubling situation.

Coming off of a loss and playing without star back Myles Gaskin, the Huskies overcame a slow start to stave off Colorado. The Huskies’ remaining schedule varies between very easy (@ Cal, vs. Oregon State) and incredibly difficult (vs. Stanford, @ Washington State).

Can Florida double-down on its big win over LSU? If the Gators can knock off Georgia this weekend, the College Football Playoff may have to make room for another contender.

Oklahoma dominated TCU last weekend. The 25-point road victory included two 100-yard rushers and the allowance of only 275 total yards. The Sooners’ defense looked a lot better under new defensive coordinator Ruffin McNeill. Oklahoma is still a CFP contender, but it will need Texas to lose if the Sooners have any chance of crashing the party.

Texas’ bye week was perfectly timed. Quarterback Sam Ehlinger was given more time to rehab his injured shoulder. The Longhorns will be relying on Ehlinger and that golden shoulder if they want to stay unbeaten in Big 12 play.

Even without star quarterback McKenzie Milton, the Knights were able to extend their win streak to 20 games. Milton will have an extra week to get ready for Temple. Temple is currently tied with UCF atop the American East.

The Bulldogs’ CFP hopes hang in the balance this week as they take on the Gators. If Jake Fromm continues to struggle early, don’t be surprised to see Kirby Smart make the highly anticipated switch to stud QB prospect Justin Fields.

LSU heads into its bye right where it wants to be. With wins over Miami, Auburn, Georgia and Mississippi State, LSU is in prime position to make the CFP. Standing in the Tigers’ way? Hated rival Alabama. Ed Orgeron’s bunch will host Alabama in what many are calling the greatest college football game of the year to this point.

After a convincing win over Wisconsin at home, the Wolverines took care of business in East Lansing. Ohio State’s shocking loss has enabled Michigan to now sit atop the Big Ten East. Penn State should put up a good fight after the bye week, but Michigan appears to be for real.

The Irish should run the table, but that doesn’t mean they will. Navy has played the Irish tough in the past, and won’t let the Irish bully them. Can Ian Book adjust now that opposing teams are game-planning for him?

Clemson put forth the type of dominating performance we have been waiting for all season. The Tigers’ defense shut down Ryan Finley from the outset. In the process, Clemson looks like the only unit capable of giving Alabama any problems.

Alabama’s closest contest this year remains a 22-point blowout over Texas A&M. With a week off to prepare for the biggest game of the year (LSU), there is no reason to believe that anybody can slow down the Tide.