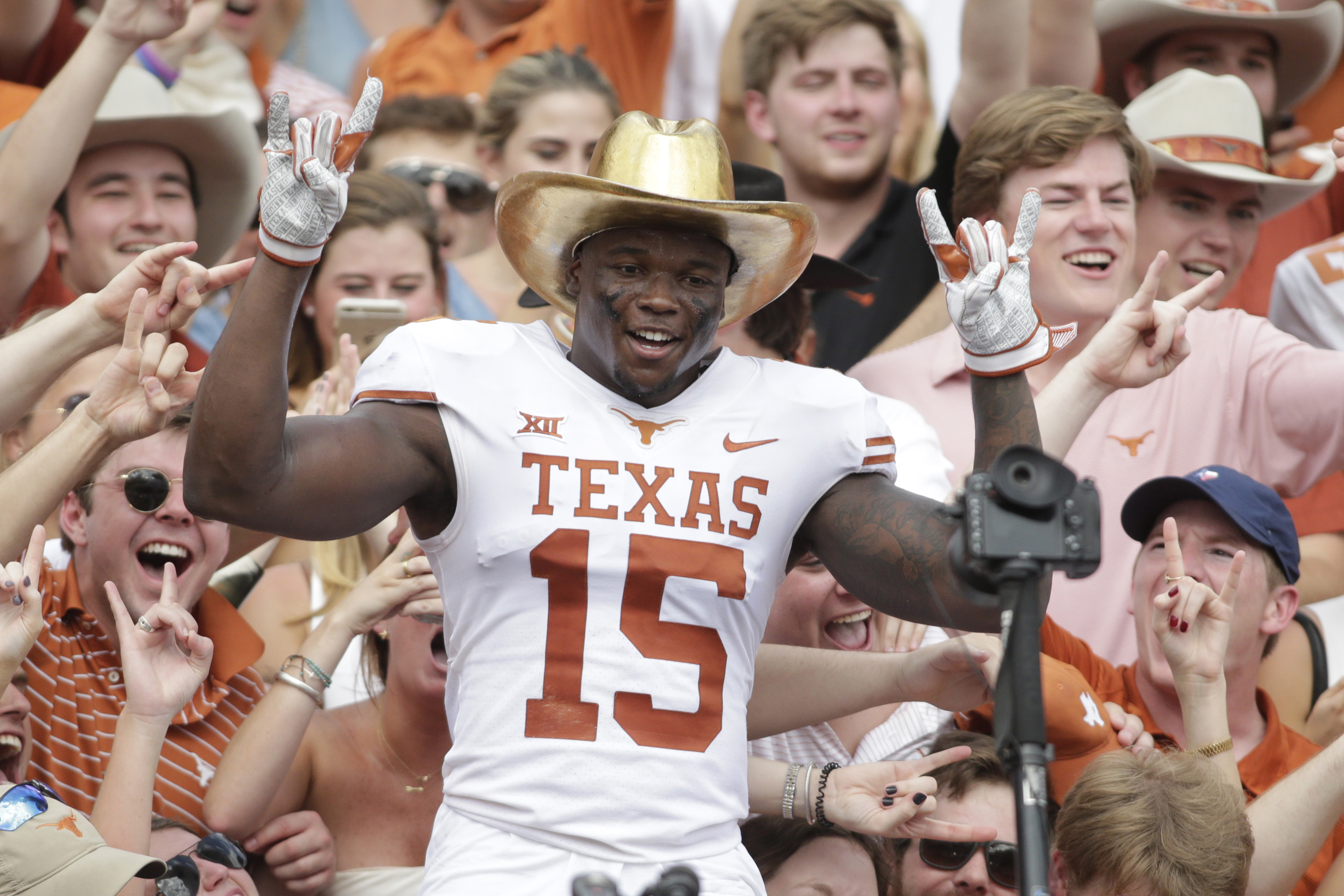 The Cardinal have now suffered back-to-back ugly losses following their 40-21 loss to Utah. Playing without star tailback Bryce Love, Stanford faced a 20-point deficit a mere five minutes into the second half. After a brief resurgence had the Cardinal within six, Utah outscored the home team 13-0 in the final quarter.

Charlie Strong’s men have done their job thus far. Winning all five of their games as expected, USF is in a good position heading into the back half of their season. Road contests with Houston and Cincinnati, and a home game against UCF all come in the final five weeks.

Jimbo Fisher notched his first big win of his tenure via a 20-14 victory over Kentucky. The Aggies are staring at a daunting three-game road trip — South Carolina, Mississippi State, Auburn — which has the capability of making or breaking their season.

The Bearcats have rattled off six consecutive victories to begin the year and appear to be one of the top-two threats to UCF in the American. Cincy’s defense has been the catalyst, as the Bearcats are allowing 276 yards per game — second in the nation — and 13.7 PPG, good for third in the country.

Any hope the Tigers had of reaching the SEC Championship went up in smoke this past weekend in Starkville. With games against A&M, Georgia and Alabama still remaining, the Tigers would be lucky to finish any higher than fifth in the SEC West.

Kentucky’s dream season hit a bump in the road against the Aggies, but there is still plenty to play for. Should the Wildcats take care of business against Vanderbilt and Missouri, their matchup with Georgia the first weekend of November would most likely determine the winner of the SEC East.

The Wolfpack are in a great position heading into their bye week. At 2-0 in the ACC and 5-0 overall, State has a very good chance of winning the Atlantic division. With an extra week to prepare for Clemson, this may be State’s best chance to take control of the conference and make noise nationally.

With each passing week the Buffaloes are beginning to look more like the 2016 version of themselves. With back-to-back road games against USC and Washington upcoming, Colorado’s ceiling will be revealed. A win over USC would solidify their standing as the favorite in the South. A victory in Seattle could catapult the Buffaloes into the CFP discussion.

Wisconsin added to Scott Frost’s misery by keeping Nebraska out of the win column, and the Badgers now have a chance to put themselves back into the thick of the playoff race. Wiscy travels to The Big House for a de facto elimination game against the surging Wolverines.

Dan Mullen pulled off his best Steve Spurrier impression (visor and all) and the Gators captured a second huge victory in a row. Knocking off LSU is a tremendous accomplishment for Mullen in his first year. If Florida can upset Georgia in a little over two weeks time, the Gators could run the table and make a case for a New Year’s Bowl.

The Sooners suffered a crushing blow by losing to Texas. Their chances of winning the Big 12 have taken a massive hit. With both Texas and West Virginia ahead of them, Oklahoma would need both teams to slip up (in Texas’ case multiple times) in order to assure a spot in the title game. A second loss would all but eliminate the Sooners from CFP contention.

Justin Herbert’s Heisman campaign and Oregon’s CFP push could take a massive jump this weekend. Oregon welcomes the No. 6 Washington Huskies to Eugene in a matchup of the Pac-12’s two best teams. The winner of this matchup will carry the torch for the Pac-12 in their quest for the playoff.

Florida State had the Hurricanes on the ropes late into the third quarter as the home team faced a 20-point deficit. A loss would have ended the Canes playoff hopes. Instead, Miami can now see a clear path to the ACC Championship game. The Canes have four road games remaining, but they should be favored in every game the rest of the way.

The biggest concern coming out of LSU’s loss in The Swamp has to be the lackluster performance offensively. The key to LSU’s surprising 5-0 start was an improved offense. Against Florida, that element was lacking. The Tigers have a huge opportunity to reassert themselves into the CFP conversation with a victory over Georgia this weekend.

Starting this weekend, Michigan’s next three games will determine if this is the best team of the Jim Harbaugh tenure. After hosting Wisconsin on Saturday the Wolverines head to East Lansing to take on Michigan State. After a bye following the State game, Michigan hosts Penn State. With three wins, Harbaugh may find his team in the top-5.

Tom Herman has the Longhorns firing on all cylinders. Holding wins over USC, TCU and Oklahoma, the Longhorns have the résumé of a contender. A meeting with West Virginia on the third of November looms large. At this point, Texas controls its destiny. Win out, and the Longhorns may find themselves playing for the ultimate prize.

The Nittany Lions didn’t play this week, but they were the benefactors of multiple teams ahead of them coming up short. Penn State can put themselves right back in the playoff mix with a win over Sparty this weekend. There is plenty of work to do, but the Nittany Lions remain a contender.

The Knights have dominated every game this year. Their two toughest games remaining come at the end of the year — vs. Cincinnati, @ USF. If the Knights win out, they would be carrying a 24-game winning streak. Would it be enough to make the CFP?

An iffy performance against Kansas won’t further the Mountaineers’ chances of making the playoff, but it would be silly to count them out. WVU should head into the final four games of the season undefeated. The question is: Can they get through Texas, TCU, Oklahoma State and Oklahoma in a succession?

The Huskies withstood UCLA’s best performance of the year and escaped the Rose Bowl with their fifth win. The Huskies remain the Pac-12’s best bet to make the playoffs, but they must make it through the next four weeks unscathed. Following their road tilt with Oregon, UDub faces Colorado, California and Stanford. All winnable games, but not an easy task.

With Ian Book on the bench, the Irish struggled to score — 24, 24, 22. In the three games Book has started at QB, the Irish have scored 56, 38 and 45 points. Notre Dame has gotten through the toughest part of their schedule and will be favored the rest of the way. Win and they are in.

The Buckeyes avoided a letdown following their big win over Penn State. A favorable schedule should set the Buckeyes up for a do-or-die game against Michigan to end the regular season. A victory over the Wolverines would leave one game standing in between the Buckeyes and the CFP.

Clemson followed up its narrow victory over Syracuse by annihilating Wake Forest on the road. The Tigers will gladly welcome a week off to prepare for undefeated NC State. The winner should cruise to the ACC Championship.

Georgia has been on cruise control all season, winning every game by at least 14 points. However, the Bulldogs are now entering the toughest part of their season. After facing LSU on the road this weekend, Georgia takes on Florida, travels to Kentucky, and welcomes Auburn to Athens.

Allowing 31 points to Arkansas is a surefire way to infuriate Nick Saban. But at the end of the day, an offense capable of scoring 65 points will help ease Saban’s concerns. Alabama shouldn’t be tested until they travel to Baton Rouge in early November.