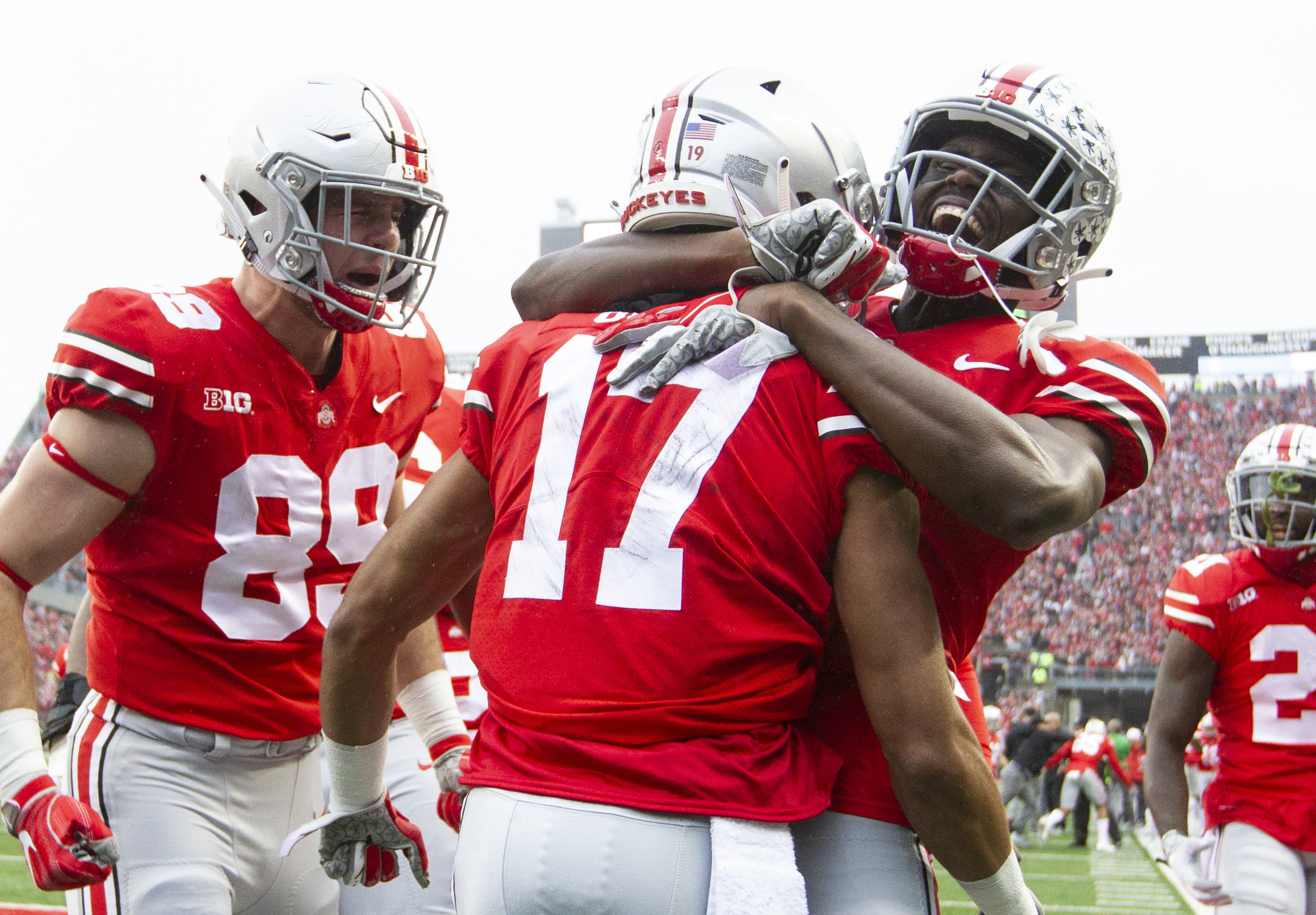 By the time the Knights take the field again on December 8th, they will have had ample time to rest and prepare for their opponent. Having won two in a row over their biggest rival and riding a seven game winning-streak, Army will enter the contest brimming with confidence.

The Bulldogs have an opportunity to avenge their lone conference-loss this weekend when they take on Boise State. A rematch of last year’s Mountain West title game — won by Boise — Fresno once again must play the favored Broncos on the daunting blue turf. The Bulldogs’ last win in Boise was 34 years ago. The Aggies finished their regular season in dramatic fashion. After seven overtime periods — tied for the longest game in D1 history — A&M toppled the Tigers in the highest scoring D1 game of all-time. Jimbo Fisher’s inaugural season must be considered a success.

An 8-4 record is by no means a failure, but Iowa will rue its three-game losing streak at the tail end of the season. Three-straight losses by a combined 12 points cost Iowa a shot at the Big Ten title. Instead of playing for glory, the Hawkeyes await word on which mid-tier bowl they will take part in.

The Egg Bowl was never close. The Bulldogs embarrassed their rival, putting an emphatic end to the Rebels’ season. State held Ole Miss to 37 rushing yards on 29 attempts — allowing only 1.3 yards per carry. Nick Fitzgerald ended the contest with more rushing yards (117) than passing yards (111).

Kentucky’s offense enjoyed its best performance of the year against Louisville. The 56-point effort was the high-mark of the season. Due to its win over Florida in Week 2, Kentucky will be the third SEC team chosen for a bowl game. The Wildcats’ victory assured the program of its first nine-win season since 1984.

After claiming its first lead of the game early in the second quarter, Boise State kept Utah State at an arm’s length away the rest of the way. By knocking off the Aggies, Boise set up a rematch with Fresno State for the Mountain West Championship. The Broncos tamed Fresno a few weeks ago, at home, 24-17.

Its 1-3 start to the season has largely been forgotten following Northwestern’s run through the Big Ten. The Wildcats’ will enter the Big Ten title game as heavy underdogs to Ohio State. The streaking ‘Cats have lost 35-of-37 meetings with the Buckeyes since 1964.

It’s a shame Syracuse QB Eric Dungey didn’t get a chance to finish the game against Notre Dame last week. After a back injury forced the star to miss most of the ND affair, Syracuse’s leader returned in a big way. Dungey passed for 362 yards and three scores while also adding three more scores on the ground.

A great season for the Mountaineers will end in sorrow yet again — meaning Dana Holgorsen’s hair remains the most miraculous aspect of Mountaineer football for at least one more season. Back-to-back losses to OK State and Oklahoma have knocked WVU out of contention for a New Year’s Six bowl.

Quarterback Trace McSorley’s final game in Happy Valley was an enjoyable time. The Nittany Lions smothered Maryland throughout the contest to the tune of 15 tackles for loss. While the victory was nice, the best news of the weekend came from the west coast. Despite rumors linking head coach James Franklin to USC, the Trojans ended all speculation by retaining Clay Helton’s services.

With a spot in the Pac-12 Championship secured, the Utes came out flat against BYU. Utah overcame two 20-point deficits — including a 20-0 score at half — to stun the Cougars. Trailing 27-7 with under one minute remaining in the third quarter, Utah scored four touchdowns over the final 16 minutes to steal the victory.

One premature Gatorade bath, one last-second, game-tying touchdown and seven overtime periods later — LSU dropped its third game of the season. After allowing a total of 75 points over their last five games, the Tigers surrendered an astonishing 74 points to the Aggies. It will take some time to get over this loss.

Dan Mullen’s first season in Gainesville surpassed even the most hopeful expectations. Coupled with winning their ninth game of the season, the Gators ended a five-game losing streak to Florida State — resulting in the Seminoles’ first losing season since 1976.

After building a 21-point advantage over the lowly Jayhawks, Texas went through the paces over the game’s final 15-minute stanza. Nonetheless, Texas walked away with its ninth win of the season. A second meeting with their Red River brethren awaits. The Longhorns would love nothing more than to knock their rival out of the CFP picture.

Michigan’s National Championship hopes went up in flames with its loss in Columbus. The Wolverines dropped their seventh-straight game to the Buckeyes. Michigan’s top-ranked defense had no answer for Ohio State’s potent attack. After holding three of its last four opponents to seven points, Michigan yielded 62 points to its rival.

Wazzu’s CFP and Pac-12 title hopes came to an end due to an unrelenting snow and Myles Gaskin. A consistent snowfall and imposing Washington defense grounded the Cougars pass attack. Gardner Minshew was held to 152 passing yards and threw two costly interceptions.

Myles Gaskin led the Huskies to an Apple Cup victory with 170 yards and three touchdowns on the ground. While Washington’s season may ultimately be considered a disappointment after many tapped the team as a CFP contender, the Huskies can secure a spot in the Rose Bowl with a victory over Utah in the Pac-12 title game.

A week after narrowly avoiding a loss that would have eliminated the team from the playoff chase, Ohio State thrusted its way back into the discussion with an emphatic victory over Michigan. The Buckeyes also benefited from Washington State’s loss. In addition to beating Northwestern, the Buckeyes may need an Oklahoma loss in order to reach the CFP.

An offensive onslaught, two timely defensive touchdowns and a few questionable penalties led to a huge victory for the Sooners. OU gets a second crack at the Longhorns — this time with a potential spot in the CFP on the line. If the Sooners win, they should be in.

Georgia has had a year to think about its heartbreaking loss to Alabama in last year’s National Championship. An upset over Alabama would send the Bulldogs back to the CFP and potentially eliminate Bama’s hopes of back-to-back titles. If Georgia come up short it will likely still play in a New Year’s Six bowl.

The Irish likely clinched a spot in the CFP with their win over Southern Cal. After trailing 10-0 for most of the opening half, Notre Dame scored 24-unanswered points to take a commanding lead. Assuming Clemson takes care of business in the ACC Championship, a matchup between the Irish and Tigers would be likely in the CFP Semifinals.

A victory over Pittsburgh would lead to a fourth-straight trip to the CFP. While Alabama and Notre Dame have garnered a ton of attention, Clemson has quietly dominated most of the season. The Tigers will be eager to prove themselves should they get past Pitt this weekend.

The Tide dominated yet another opponent en route to the SEC Championship. Georgia should — hopefully — provide Alabama with its first challenge of the season. Barring a complete collapse against the Bulldogs, it is hard to believe Alabama would be left out of the CFP even if they come up short this week.