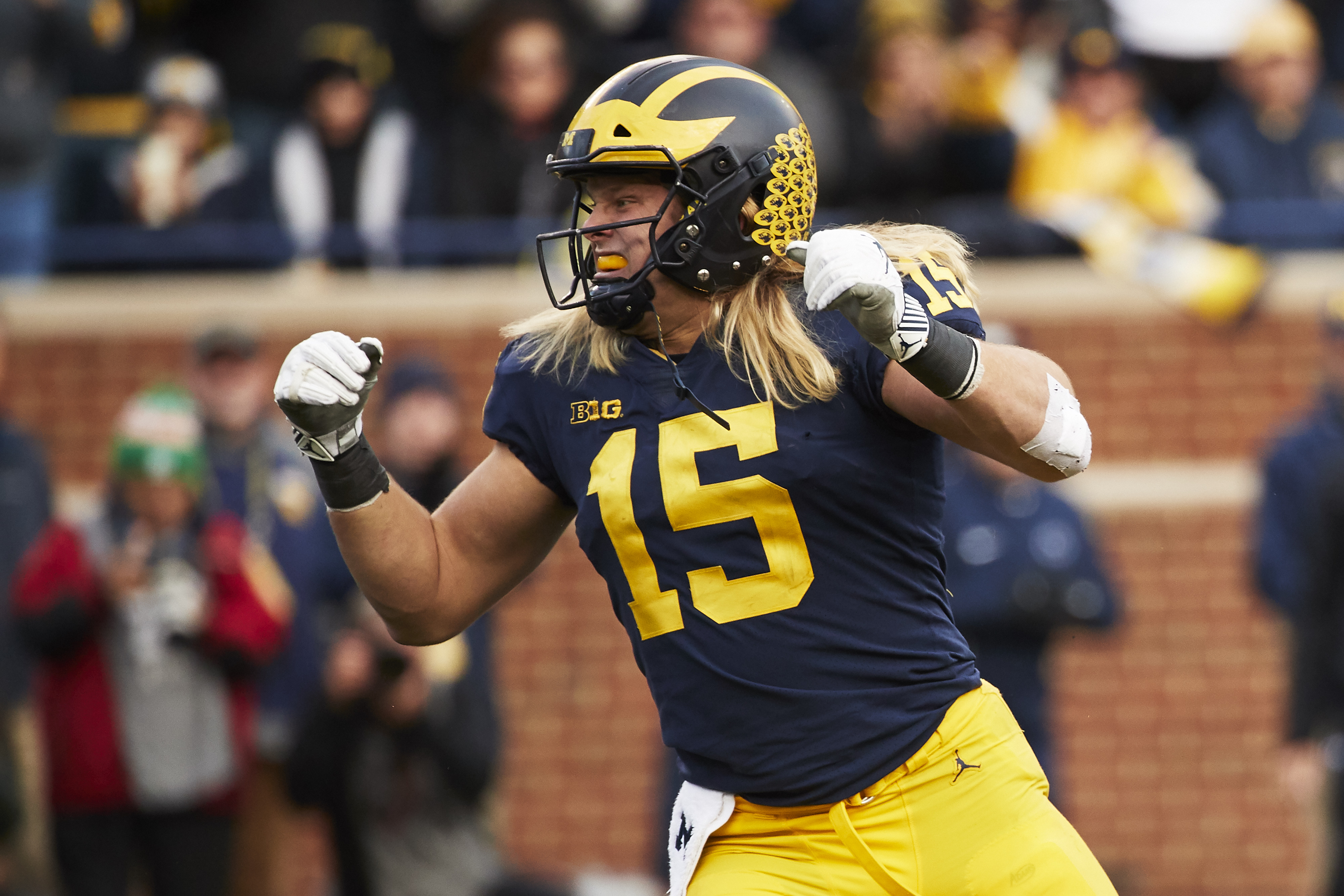 How bad is the Pac-12 South? Utah is 4-3 within conference play — yet still controls its destiny the rest of the way. The Utes can’t feel good about losing QB Tyler Huntley for the rest of the season. A loss to Oregon would be crippling after a good start to the year.

The Bearcats are coming off their best performance in weeks. Their opponent, South Florida, is coming off back-to-back blowout losses. If Cincy can get past the Bulls, the Bearcats may be playing for the American East title next week when they take on No. 7 UCF.

The Nittany Lions have now lost 3-of-5 after getting annihilated by Michigan. The Lions were dominated in every facet of the game, and were lucky to avoid a shutout. If Wisconsin QB Alex Hornibrook can’t play, Penn State should rebound nicely.

Is there another quarterback controversy brewing in The Swamp? Starting QB Feleipe Franks was pulled in favor of Kyle Trask late in the third quarter of Florida’s eventual loss to Missouri. The Gators have another tough matchup this week, but games against Idaho and Florida State to close the regular season should help ease the blow of two-straight losses.

The Cyclones are beginning to peak at the right time. After losing 3-of-4 to start the year, Iowa State has rattled off four-straight victories. If they are able to win out, there is an outside chance the Cyclones can make it to the Big 12 Championship.

NC State molly-whopped Florida State last week. An easy schedule the rest of the way (@ Louisville, @ North Carolina, vs. East Carolina) provides a great opportunity for the Wolfpack to finish the regular season with 10 wins.

The Huskies have lost three games by a combined 10 points. Their next game (vs. Oregon State ) should be a cakewalk. With a win in that game, the Huskies trip to Pullman would likely decide who will represent the Pac-12 North in the Pac-12 Championship.

A heartbreaking loss to the Mountaineers has put the Longhorns in a hole. Two weeks ago, they controlled their destiny in the conference. Two weeks later, Texas is looking up at West Virginia and Oklahoma in the standings. Their matchup with Iowa State next week will be a de facto elimination game in the conference race.

Believe it or not, Boston College has an opportunity to win the ACC Atlantic Division. With home games against Clemson and Syracuse sandwiching a trip to Tallahassee, the Eagles would win the division if they win-out. If they can upset Clemson, the Eagles will be in business.

After a mid-season lull dropped the Bulldogs to 4-3, Mississippi State has played two of its best games the past two weeks. Unfortunately, they play Alabama this week. Nobody has been able to compete with the Tide — and there is little reason to believe that will change this week.

The Orange continue to impress. While their narrow losses to Clemson and Pittsburgh get tougher and tougher to swallow, Syracuse is still in a great position coming down the stretch. Louisville shouldn’t pose much of a threat. However, with games against Notre Dame and Boston College looming, the Orange must stay sharp.

While the past few weeks haven’t provided any scares for Fresno State, the Bulldogs will surely be restless thinking about the blue turf in Boise. The Bulldogs are the better team, and should come away with a victory. However, we all know how difficult it is playing on the blue turf. The Bulldogs have a shot at reaching a New Year’s Six Bowl — though they must be perfect.

The Aggies are one of the hottest teams in America. Coming off back-to-back wins by an average of 40.5 points, Utah State is rolling on its way to the Mountain West Championship. If the Aggies take care of business the rest of the way, they may be the next Group of 5 team up should UCF lose a game.

Kentucky’s defense finally met its match. In allowing Georgia to rush for 331 yards, the Wildcats relinquished more than 20 points (34) for the first time this season. Kentucky also lost its chance to win the SEC East, and now must hope to win out to ensure placement in a top-tier bowl game.

The Buckeyes may have survived their contest with Nebraska, but something looks off with this team. Nebraska has no business competing with Ohio State at this point in time. However, the Buckeyes still control their destiny. Three-straight wins to end the season would secure a spot in the Big Ten Championship.

Maybe a letdown was to be expected following big wins over Oregon and Stanford. Either way, the Cougars must be disappointing with their effort against Cal. Wazzu’s final road game of the season comes against a struggling Colorado team — losers of four in a row.

What a win for the Mountaineers. By converting a game-winning two-point conversion with 16 seconds remaining, West Virginia drastically improved its chances of making not only the Big 12 Championship, but potentially the CFP. Its last three games aren’t easy, but West Virginia is very much alive.

The Knights survived a test from a game Temple squad. Temple gained a ridiculous 670 yards of offense, but UCF was able to overcome a nervy start to the game. McKenzie Milton and company have proved they are able to outscore any team. However, the Knights must perform better defensively if they want to make serious noise.

The Sooners are averaging a ridiculous 53 PPG over their past five games. Kyler Murray accounted for 460 yards in Oklahoma’s win on Saturday — but he wasn’t the star of the day. Trey Sermon was dominant in rushing for 206 yards and three touchdowns. Oklahoma’s trip to Morgantown to end the season could be for a spot in the CFP.

The Bulldogs locked up the SEC East in dominant fashion. Georgia gashed Kentucky all day en route to a comfortable road victory. With a meeting with Alabama in the SEC Championship virtually set in stone, Georgia will do its best to avoid a loss heading into the big game. Win out, and they’re in the CFP.

Notre Dame took care of business against a dangerous Northwestern squad. Remarkably, even with games against Florida State and USC remaining, the Irish’s matchup with Syracuse is their toughest remaining game. Notre Dame is three games away from making the Playoff.

Michigan’s revenge tour is still going strong. After whipping Penn State throughout Saturday’s game, the Wolverines can take a breath as they prepare for Ohio State on Nov. 24. Rutgers is awful to the point that Michigan could field 22 players and still win.

Clemson looked like the second-best team in the nation against Louisville. When your starting quarterback throws for only 59 yards and you still win by 61 points, your team might be okay. Boston College should provide the Tigers with their first test since Syracuse.

Alabama beat the No. 3 team in the nation 29-0 on their own turf. Oh, Tua Tagovailoa threw his first interception. The Tide are unstoppable.