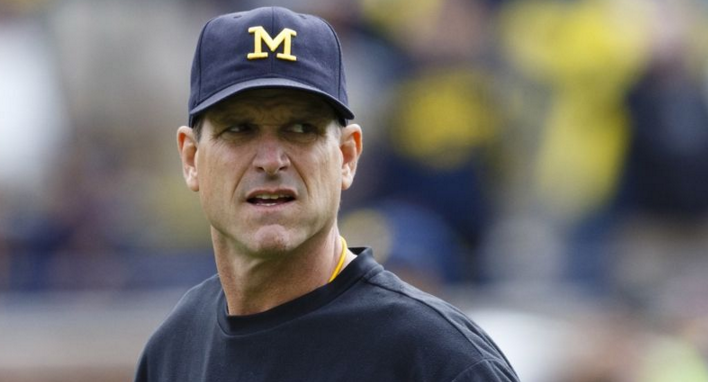 In Harbaugh’s first season as head coach of Michigan, many expected the team to struggle based on last year’s 5-7 season. However, the Wolverine alum has clearly made his presence known, creating a lockdown defense and conservative offense.

In the highly anticipated Michigan State-Michigan showdown, the game certainly did not disappoint. Despite being 6-0 and entering the game as the seventh ranked team in the country, the Spartans found themselves as seven point underdogs.

No. 12 Michigan was coming off three straight games without allowing a single point, and suddenly looked like a legitimate national title contender.

Unfortunately for Wolverines fans, being up three with 10 seconds left while punting the ball away just wasn’t enough to secure the victory. Punter Blake O’Neill fumbled the snap, and accidentally tossed it to Michigan State cornerback Jalen Watts-Jackson who returned it for a touchdown with no time remaining.

In the 60-minute game, Michigan State led for a total of zero seconds. It was the kind of miraculous win that seems necessary to get into this year’s College Football Playoff.

While Michigan State can celebrate their good fortune, Michigan and their national title hopes have been all but eliminated. Despite it only being his seventh game as head coach, it’s hard to imagine Harbaugh will ever endure a more heartbreaking loss.

Knowing how calm Harbaugh is though, I’m sure he has already let this one go.