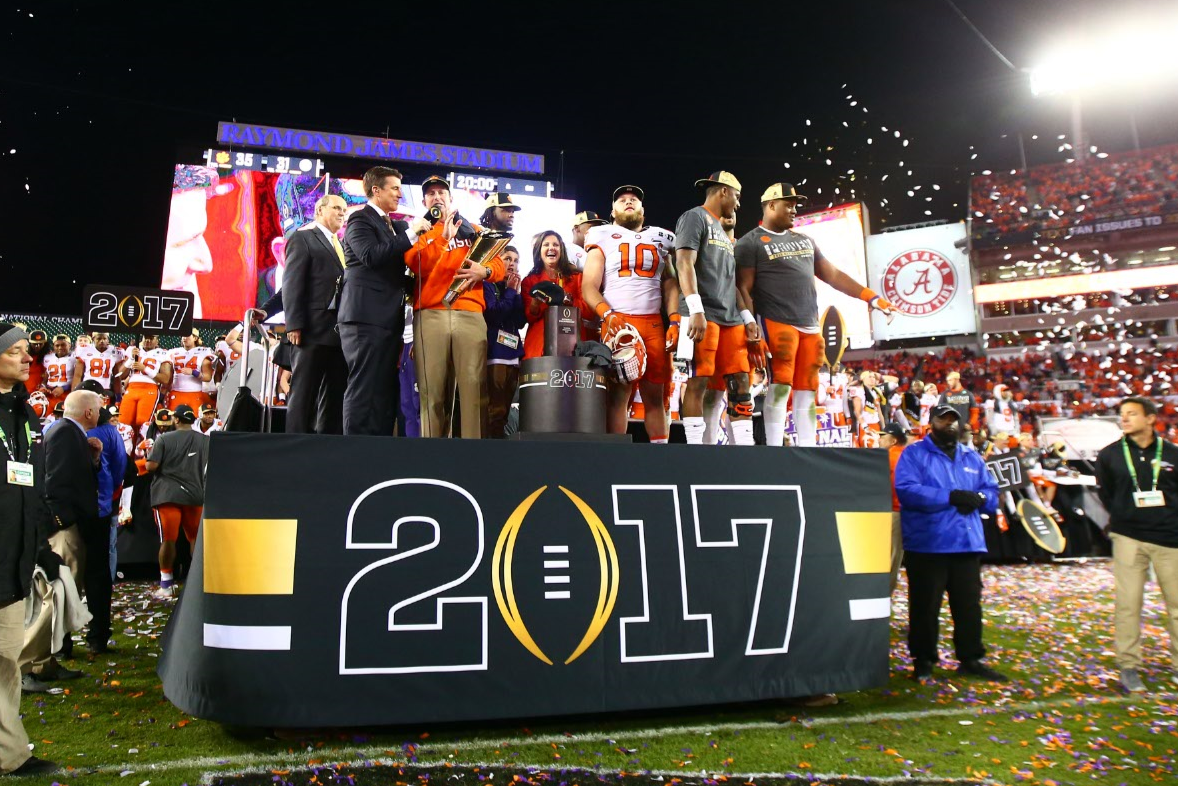 Heading into the final period of Monday night’s title bout, Alabama had won their previous 97 games in which they were leading by double digits after the first three quarters of play. Those previous 97 wins weren’t against Deshaun Watson.

In what will go down as one of the greatest college football games ever played, the #2 ranked Clemson Tigers bested the #1 ranked Alabama Crimson Tide in a 35-31 nail biter. The win came after a masterful 21-point fourth quarter performance by Watson and company that left Alabama’s juggernaut defense reeling.

The junior quarterback from Gainesville was understandably emotional following the victory, and announced that he will be entering the 2017 NFL Draft. Adding a College Football Playoff National Championship to his extensive resume, Watson’s draft stock will never be higher, garnering plenty of interest from NFL teams.

For now, Watson will be able to enjoy his impressive body of work after picking apart an Alabama team filled with top NFL prospects for the second year in a row. Watson didn’t do it alone however, as fellow NFL prospect Mike Williams and redshirt sophomore Hunter Renfrow were making huge plays throughout the game. After Renfrow’s game winning touchdown catch, he surely won’t have to pay for a meal in South Carolina for the rest of time.

Losing such a close game will sting for a bit for the Tide, but it will soon be back to work for Saban’s team as they open up as the early favorite to take home the 2018 playoff title. With multiple Bama players projected to be taken in the 2017 NFL draft, Saban will have to retool to make another run for the playoffs next season. One player Saban will certainly have back is true freshman quarterback Jalen Hurts, who showed great promise during a gutsy touchdown drive that put Alabama ahead late in the fourth quarter. Not a bad building block to have for the Tide heading into next year.

The win puts Clemson at 3-1 in playoff games, and Dabo Swinney’s group is 6-1 in their last 7 bowl games – 6 of those 7 games Clemson entered as the underdog. Those bowl games have come against LSU, Oklahoma, Ohio State and Bama. It’s time to start considering this school a powerhouse, because they have certainly been playing like one since Swinney has taken over full time.

Like it or not, Clemson is here to stay.