After a mediocre 2017 quarterback class, the upcoming group looks to be far more intriguing. This piece will delve into the best talents playing the signal-caller position — broken down by conference affiliation.

NOTE: This is based upon the projected quarterback’s ability at the next level, and not by their impact on the collegiate game. Sorry, Jalen Hurts and J.T. Barrett…It might behoove both of you to work on route-running and catching kickoffs.

The 2017 Heisman Trophy winner enters the upcoming season as an early favorite to take home the award yet again. Jackson is as dynamic of a dual-threat option as we’ve seen at the collegiate level. He routinely makes plays with both his passing ability and speed. He’s about the closest thing we’ve seen to Michael Vick in his prime. Louisville often leans on their star quarterback to get them out of trouble — as Jackson’s skill level makes up for the lack of elite talent surrounding him. The Cards will simply go as far Jackson takes them this year.

As a pro prospect, Jackson faces the same challenges many other scramblers have had to face. He’s a solid 6’3”, but could afford to add a few pounds to account for the physicality of the NFL game. He doesn’t possess the same all-World arm strength that Vick had. Sometimes, Vick’s arm talent glossed over his issues with accuracy. Everybody knows Jackson is an extraordinary runner. If he can prove the ability to consistently deliver the ball with accuracy, Jackson will find a way into the first round.

Rudolph has been rapidly climbing up draft boards due to his lengthy list of quality QB attributes. He’s got great size for the position (6’5”, 250 lbs), a strong arm, good mobility, and has experience in big games (three bowl game appearances in as many seasons). If you feel like you’ve read this already, it’s because these qualities are similar to that of Blake Bortles’ post-college scouting report.

Rudolph did a great job taking care of the football last season — trimming down his interception total by more than half from the previous year. He’ll have to keep that up for teams to truly believe in him as a next-level quarterback.

Speight shares many of the same strong characteristics that Rudolph has – great size, solid athlete, and a cannon for an arm. The Michigan Junior burst onto the scene in 2016 – his first full season as a starter – leading the way for the 10-3 Wolverines. Being Michigan’s starting quarterback inherently puts you under a microscope, so garnering media coverage and hype won’t be a problem for Speight. Playing under the tutelage of Jim Harbaugh will only help his stock along the way. The Wolverines should be a top-contender for the foreseeable future, ensuring that the young QB is consistently playing in important games. That’s fortunate for Speight, as the lasting impression from 2016 was a mediocre showing in the Orange Bowl versus Florida State.

Fitzgerald fits the mold of the two aforementioned quarterbacks. He’s got the size that teams look for in their signal caller, and has the arm to make all the throws. The Georgia native is also a tremendous athlete, rushing for 1,375 yards in 2016. Being 6’5” and 230 pounds, Fitzgerald uses his size and speed to wear down defenses. Accuracy was an issue in his first full-year as a starter, as he completed just 54.3-percent of his pass attempts. Of course, completion percentage doesn’t tell the whole story, but even Tim Tebow converted on 66-percent of his passes during his collegiate career. Fitzgerald will need to bring that number up, and showcase his ability to make plays from the pocket if he wants to be looked at as a potential starter in the NFL. The USC standout could be the first player whose name is called in next April’s NFL Draft. A native of Southern California, Darnold is the total package at the quarterback position. He’s got prototypical size at 6’4”, is highly accurate, poised under pressure, and can make plays with his legs. USC looked like one of the top schools in the nation once Darnold took over as the full-time QB last season.

As a redshirt freshman, Darnold led the Trojans to a 9-game winning streak — capped off by a thrilling 52-49 victory over Penn State in the Rose Bowl. He accrued 31 touchdown passes in just 10 games as a starter. Darnold is a top-tier prospect, but what remains to be seen is his when he intends on making the leap to the NFL. He could leave after this year, though moving across the country to a team that seems content with tanking (the Jets) doesn’t sound overly appealing. Darnold’s draft status will be one of the biggest stories in college football throughout the year. 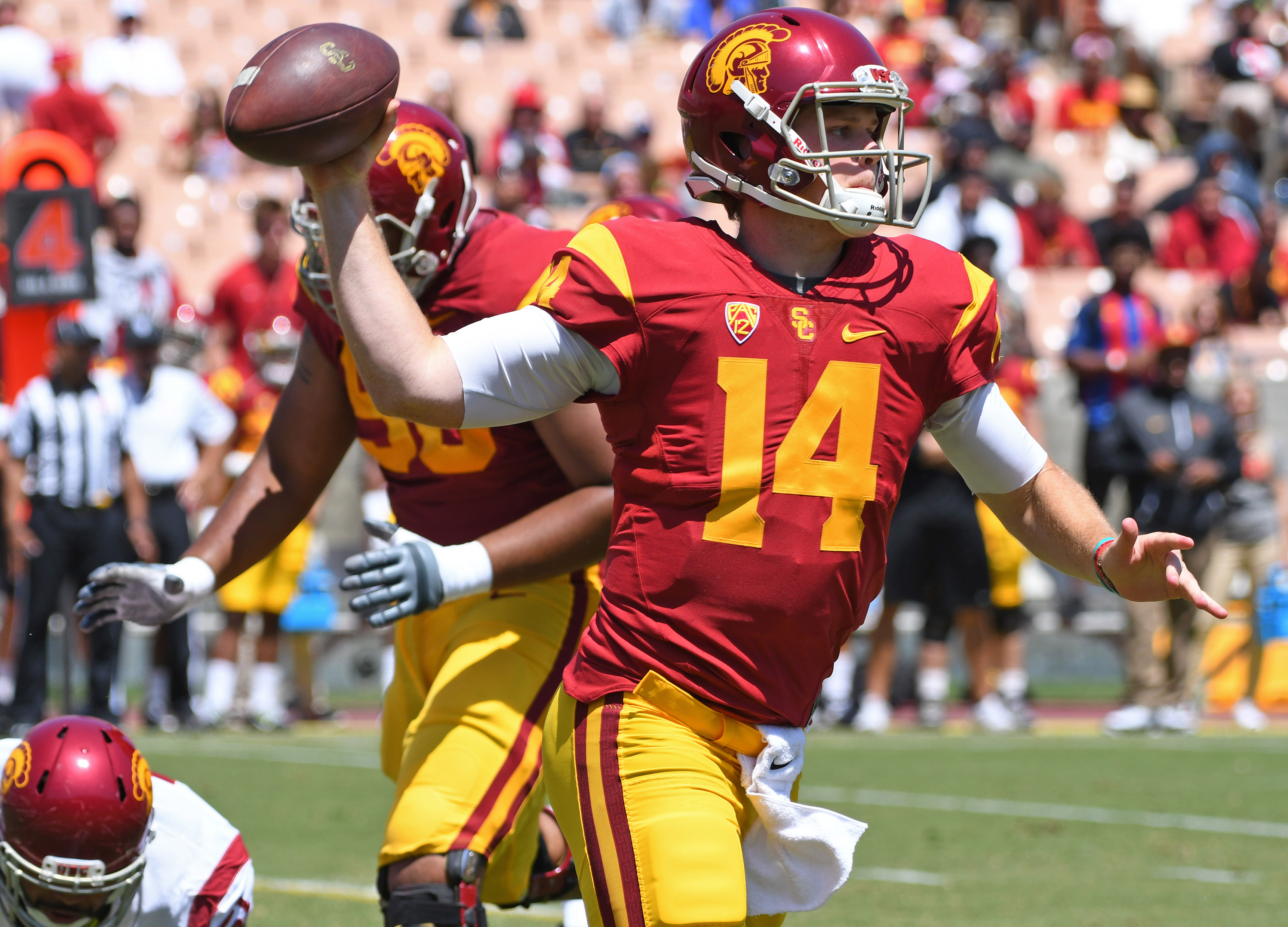