Chip Kelly is an interesting individual.

Since taking over the head coaching job at UCLA, there’s been a willingness for Kelly and his staff to go against the proverbial grain in a number of fields. Dating back to his days at Oregon, Kelly has stressed the importance of transcendent training techniques. This includes monitoring players’ sleep patterns as well as having them wear heart monitors on a daily basis.

Since coming to Westwood, Kelly has taken training methods a step further. Technological advances have allowed for UCLA coaches to track the average speed of each and every player. This isn’t done over a 40-yard stretch — but rather in bursts of short-area quickness. The team is seeing returns on this method of training, as sources indicate tangible process across the board in terms of collective team speed. A revamping of the training table has also improved to the point where it has a (roughly) $3 million budget. Players are given three packaged meals a day, and even have meals set aside for the weekends.

All of this makes sense logically. Football is often said to be a game of inches. Kelly is maximizing on the ability to differentiate in any way he can. By getting a slight edge in recovery or overall training, UCLA could outplay its expected potential for this ‘rebuilding’ year.

What might not make sense to the casual fan, or even the rabid football fan, is Kelly’s recent approach to recruiting. Recruiting is the lifeblood of any program. While possessing brilliant x’s and o’s is important, you also need the proverbial Jimmy’s and Joe’s.

As of early August, UCLA has offered only 50 prospects. For comparison’s sake, Tennessee had offered full athletic scholarships to 421(!) prospects in the 2019 class. Most schools host huge recruiting weekends throughout the spring and summer. This enables prospects the opportunity to work out in front of coaches in a camp-like setting. It also allows for the coaches and potential recruits to connect.

UCLA opted to have only one camp throughout the offseason. Kelly instead prioritizes one-on-one interactions with recruits opting to visit the campus.

In recent years, UCLA has been a school known for its recruiting prowess. When factoring in the combination of academics and location, it isn’t hard to lure top prospects to the school.

Many coaches recruit based upon ‘star lists’ created by various recruiting services. Though these lists are completely arbitrary and inexact, coaches will often prioritize 4 and 5-star recruits over those that are perceived to be developmental prospects. Traditionally, UCLA recruits at a top 10-to-20 level. It hasn’t necessarily led to high levels of success on the field, but there are more than a handful of ‘elite’ high school prospects currently on the roster. As Kelly has said in multiple interviews, he doesn’t believe in the star system. This staff instead has its own criteria for what they look for in a desired athlete. In his opening interview with the school, Kelly remarked that football is a sport where “big people beat up little people.” His philosophy includes recruiting to a specific set of measurables rather than ‘star’ rankings. This has been seen in both the 2018 and ’19 classes. UCLA signed an inordinate amount of prospects who were at least 6-foot-4. Length, size, and speed are the three main hallmarks of a Kelly recruit from a physical standpoint.

However, there’s also the mental side of things. Before offering a recruit, Kelly and his staff do a full evaluation on character, academic standing, and everything in-between. As the No. 1-ranked public university in the country, UCLA’s stringent academic standards prevent the staff from pursuing any recruit deemed ‘borderline’ in terms of qualifying. Kelly won’t even bother recruiting such a prospect — as it wastes the time of both the staff and the prospect. A full sweep of social media accounts are done in order to gain insight into the prospect and his life.

Similar to how Chris Petersen employs the “OKG” mantra at Washington (Our Kind of Guy), Kelly has a certain set of standards as to how he recruits. Kelly compiled a 46-7 record during his four-year run at Oregon. He didn’t have rosters chock-full of big-time recruits. Instead, he sprinkled those elite prospects within a roster of hard-nosed, tough, high-character athletes. At UCLA, he’ll be afforded the opportunity to get a higher level of recruit — though that term is all relative to Kelly.

As of August 6th, UCLA has only seven verbal commitments. All of them are considered 3-star prospects (per 247 Sports).  Again for comparison’s sake, Texas A&M currently has 24 verbal pledges. Ole Miss has an astounding 26 commitments.

Kelly has been somewhat criticized for having a lack of fervor as it pertains to recruiting. On the surface, having only seven commitments may play into this narrative. With that said, Kelly is simply being methodical. He’s creating an environment in which garnering a UCLA offer has merit. For some SEC schools, an offer is akin to getting a piece of junk mail. They’re thrown around so liberally, that it’s essentially just another opportunity for a recruit to announce the verbal offer on Twitter.

The following questions persist: Is Kelly arrogant to the point where he feels he can fit in any recruit to run his system successfully? Or, is this a calculated ploy to be both thorough and methodical?

Kelly and his staff did come on late in relation to other staffs that have been recruiting 2019 prospects for years. It could be a situation in which Kelly wants to see some game film from the high school season before unloading more offers.

However, it appears clear that Kelly is betting a good amount of money on himself to close strongly. As was the case at Oregon, his vaunted player development skills will undoubtedly be put to the test here at UCLA as well. 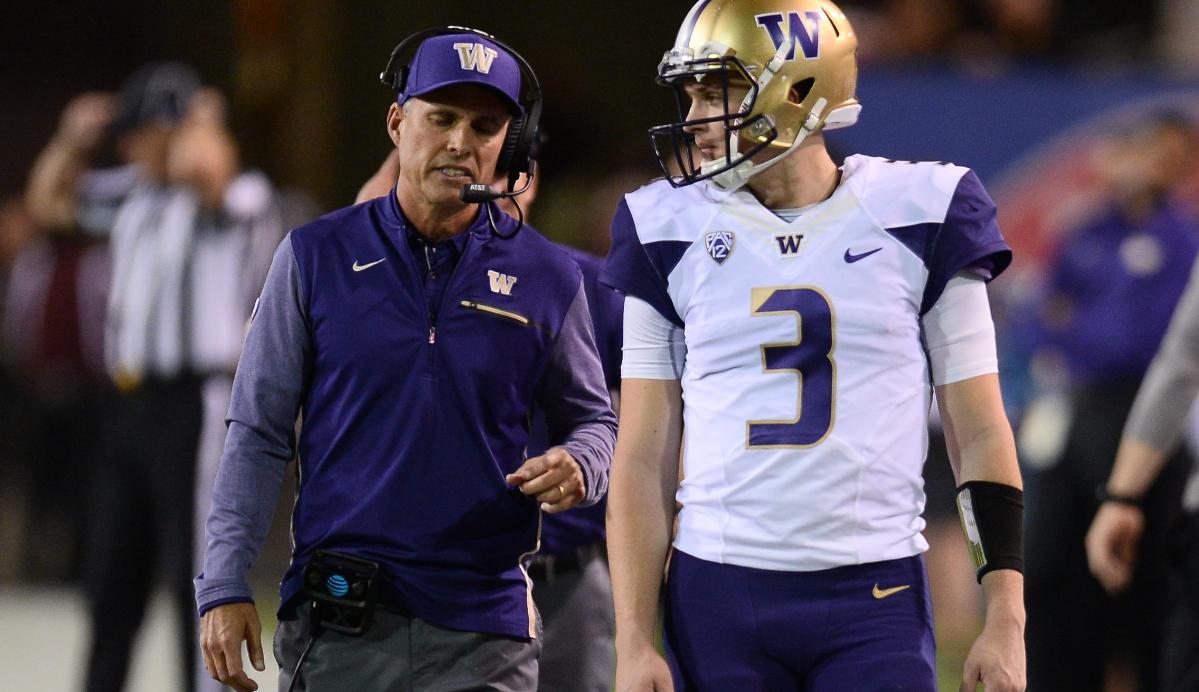