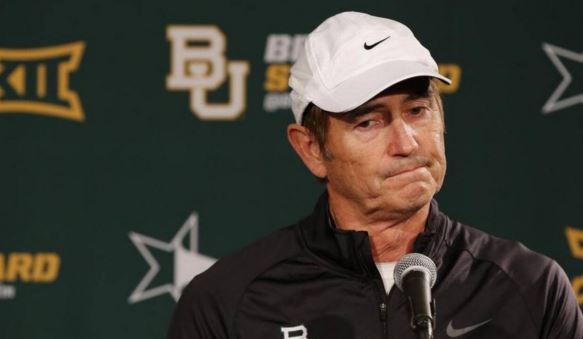 Following a thorough investigation into allegations of sexual assault conducted by Baylor University students, which included members of the football team, the school has decided to terminate the contract of football head coach Art Briles.

In Baylor’s official statement, they shared that the report conducted by the law firm of Pepper Hamilton found “a fundamental failure by Baylor to implement Title IX of the Education Amendments of 1972 (Title IX) and the Violence Against Women Reauthorization Act of 2013 (VAWA).”

The report detailed many other key findings, with the two most important being:

1. Baylor failed to consistently support complainants through the provision of interim measures; and in some cases, the University failed to take action to identify and eliminate a potential hostile environment, prevent its recurrence or address its effects.
2. There are significant concerns about the tone and culture within Baylor’s football program as it relates to accountability for all forms of student athlete misconduct.

The football coaching staff oftentimes knew about pending sexual assault cases involving players, but those athletes were not held out of games as a result. In fact, Briles actually recruited two players, Sam Ukwuachu and Shawn Oakman, who were accused of sexual assault and dismissed from other universities before arriving at Baylor.

From a football perspective, it’s a disappointing day for Baylor fans who saw Briles turn the Bears into a Big-12 powerhouse. But for the good of humanity and collegiate athletics, it’s a strong reminder that the treatment of women is a whole lot more important than a few wins on the football field.