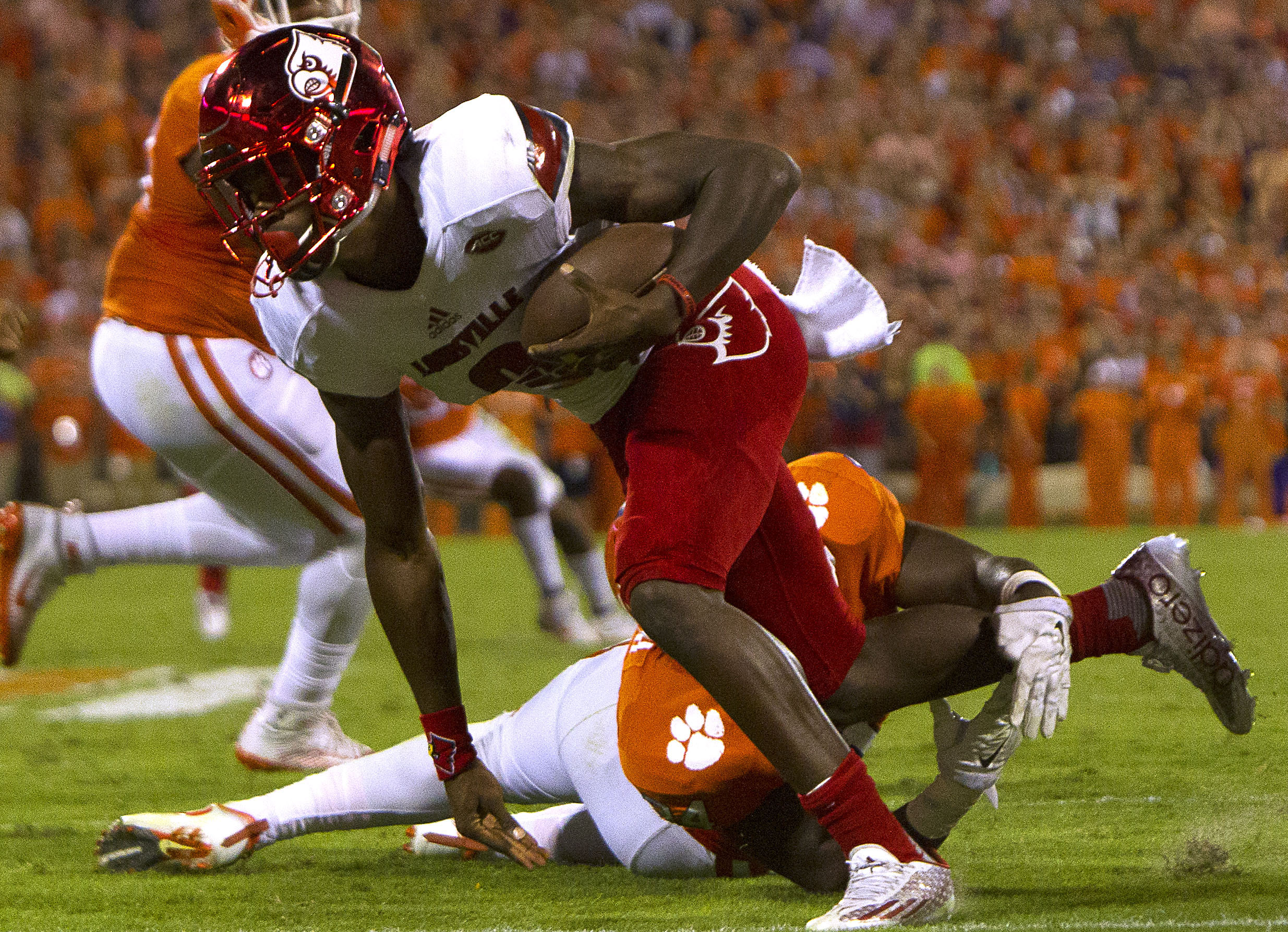 This is as bitter a rivalry as you’ll find in the SEC. The respective fan bases of these two programs absolutely loathe each other. Coupled with the fact that an SEC East Division Title is on the line, there’s no question this contest is pivotal — even in the infancy stages of the regular season.

The Vols looked dead in the water versus Georgia Tech for most of its season-opening game. However, UT mounted a furious comeback in the second half — erasing a 14-point deficit en route to a 42-41 victory in double-overtime. John Kelly ran for 128 yards and four touchdowns on only 19 carries. Quinten Dormady was solid as the starting signal-caller, throwing for two touchdowns, 221 yards, and (most importantly) zero interceptions. The defense did leave a lot to be desired — allowing 535 rushing yards and six touchdowns on the ground. While these numbers are unacceptable in any circumstance, they are a bit bloated due to Georgia Tech’s funky triple-option look.

As for the Gators, Jim McElwain’s team fell flat in a nationally televised contest versus Michigan. Florida managed an anemic 192 yards of total offense. The flip-flopping of quarterback play between Malik Zaire and Feleipe Franks didn’t work too well. Neither signal-caller had much in the way of rhythm — which largely stems from the fact Florida relinquished six sacks on the evening. Zaire — a graduate transfer — had the look of a player with no prior experience on the collegiate level.

Fortunately for UF, stud receiver Antonio Callaway will be coming back off the one-game suspension. With an extra week of preparation for the game, Gators’ fans can only hope the offense will be more than ‘passable’ against this SEC East foe. It won’t be enough in this game, however. Florida’s quarterback situation may be more dire than anyone truly realized. After a horrific first half in the season-opener to Texas A&M, UCLA’s offense has been absolutely lethal. The quick-strike attack has been led by QB Josh Rosen. With apologies to Sam Darnold across town, Rosen is on the path to become the No. 1 Overall pick in next year’s NFL Draft. His arm strength is immense, and his placement with the ball thus far has been sensational. In two games, Rosen has thrown for 820 yards and nine touchdowns — whilst completing passes at a 67.9-percent clip. While the Bruins have struggled to run the ball thus far (averaging a paltry 3.8 yards per carry), the three-headed receiving monster of Theo Howard, Caleb Wilson, and Darren Andrews is as good as you’ll find in the Pac-12.

Memphis enters this game with only one contest under its belt. Hurricane issues forced a cancellation of their Week 2 match-up with UCF. Regardless, the Tigers figure to give the Bruins fits on the offensive side of the ball. Head coach Mike Norvell operates with a high-octane, uptempo attack. He loves spreading the ball around to receivers all over the field, though much of the success in the air is predicated upon Memphis’ ability to run the football. Though he had a rough opening game, QB Riley Ferguson is a talented player. The rushing duo of Darrell Henderson and Patrick Taylor Jr. will test UCLA’s front seven early and often.

UCLA suffered a number of injuries in its 56-23 victory over Hawaii. It could be missing as many as five starters on the defensive side of the ball. With that said, the Bruins are the deeper and more athletic team. Plus…they feature the best player on the field.

No. 18 Kansas State at Vanderbilt

The Wildcats have outscored opponents 110-26 throughout the first two games of their schedule. Though, those first two opponents included the likes of Central Arkansas and Charlotte. Universally known for feasting on early season cupcakes to build his team’s confidence up, iconic head coach Bill Snyder will get a tougher task this week in the form of Vanderbilt.

For one, it’s always fun seeing a Big 12-SEC match-up during the middle of the season. It’s rather rare to see two teams from these conferences square off versus one another. Vanderbilt has looked very impressive thus far — allowing only six points through its first two games. Head coach Derek Mason finally has a program comprised mostly of his recruits. The Commodores will be fundamentally sound in all levels — particularly on the defensive side of the ball.

A key match-up will be Vanderbilt’s ability (or inability) to limit the effectiveness of KSU’s rushing attack. QB Jesse Ertz has a 5.6 yards-per-carry average for the Wildcats on the year. Once Kansas State establishes itself on the ground, it opens up chances for it to strike downfield with the likes of Isaiah Harris and Dalton Schoen.

We expect this to be a very close, low-scoring contest. While KSU is the more seasoned of the two teams, Vanderbilt is more athletic across the board. It’ll also help that this game is in Nashville rather than in Manhattan, Kansas.

Despite the fact that the university is insisting USC has never lost to Texas, the Longhorns beat the Trojans by a score of 41-38 in the 2006 Rose Bowl. This is the first meeting since Vince Young ran all over the beleaguered USC defensive unit. The two programs are on opposite ends of the spectrum. In one sense, Texas is trying to climb back to where USC currently is.

The Trojans are the best team in the Pac-12, and appear destined for an appearance in the College Football Playoff. A nice mix of experience and youth has USC set up quite nicely for a very good run. There’s considerable talent all across the field — particularly at running back and in the secondary.

As for Texas, the Longhorns are rebuilding under first-year head coach Tom Herman. This isn’t a team without ability — though it’s certainly a group prone to mental errors and a lack of focus. USC will win this game on sheer talent alone, though Texas could make it interesting. The match-up of two signature programs truly does offer intrigue in viewing the game.

This contest is easily the marquee match-up of the day. These two teams have competed versus one another in each of the last three seasons. While Clemson has been victorious every time, the average margin of victory in these contests has been five points (and never more than six points in any single game).

In this year’s installment, Clemson will no longer have Deshaun Watson patrolling under center. First-year starter Kelly Bryant has been highly efficient as it pertains to completion percentage (68.8) and not turning the ball over (one interception). He’s also rushed for an average of over 65 yards in his first two contests. However, Bryant hasn’t been asked to test opposing defenses downfield with much regularity. The gameplan has been rather vanilla and conservative thus far.

Against an explosive Louisville team, Bryant may be asked to open things up a bit. Lamar Jackson is as dynamic a player as you will find on the collegiate level. Through two games, he’s already thrown for 771 yards and five touchdowns, and has rushed for 239 yards and three more scores. Clemson’s defense likely is the most gifted Jackson will see all year. However, he’s demonstrated the ability to perform best when the lights are the brightest. Last year at home, Jackson torched a supposedly-great Florida State defense for five touchdowns and 362 yards of total offense. The Cardinals went on to win the game by a score of 63-20.

While it’s unrealistic to think Jackson will engineer another victory to that magnitude, Louisville is still primed to pull another upset. 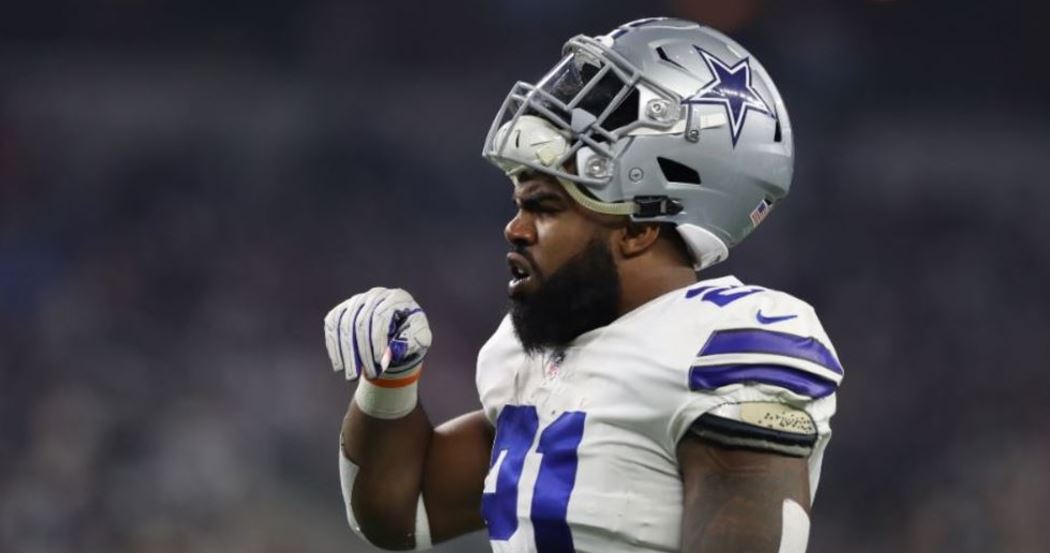